Home News Misbah-ul-Haq: England do not have to tour Pakistan in return for summer series

Misbah-ul-Haq: England do not have to tour Pakistan in return for summer series 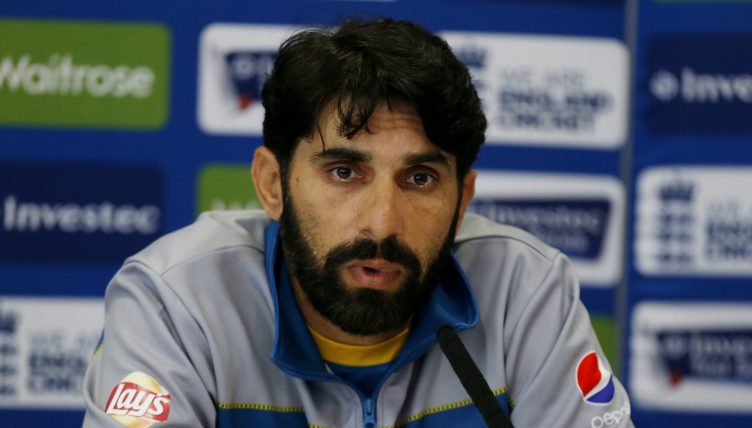 Pakistan’s head coach Misbah-ul-Haq insists the decision to tour England this summer has no strings attached regarding a return visit.

The Pakistan Cricket Board has named a 29-man squad to contest three Tests and three Twenty20s in August and September, following the example of the West Indies who are currently preparing for next month’s ‘bio-secure’ series in England.

Despite the stringent health and safety protocols devised by the England and Wales Cricket Board, both teams have still committed to long spells away from home at a time of great uncertainty due to the Covid-19 pandemic, as well as basing themselves in a country that has yet to fully control the spread of the virus.

In doing so they are providing a considerable service to international cricket as a whole, not to mention saving the ECB a huge hit to their broadcast revenues.

England have not toured Pakistan since the terror attack on Sri Lanka’s team bus in 2009, instead playing at neutral venues in the United Arab Emirates, but with international cricket having gradually returned to the country in recent years that could soon change.

Misbah is clear that there is no reciprocal element to the forthcoming series but stressed his desire to see more teams return to Pakistan.

“It is not in our minds that we are coming and keeping in view something that the ECB has to do for us in return,” he said.

“At the moment the PCB is just thinking about the restart of international cricket. That is very important to us, to get the players back on the ground.

“Obviously, in a bigger picture, we are not expecting anything in return. Overall we want not just the ECB but all cricketing nations to help each other so this game can grow. It’s important for the cricket fans in Pakistan and also for Pakistan cricket that countries start touring Pakistan.”

While three West Indies players – Darren Bravo, Shimron Hetmyer and Keemo Paul – remained in the Caribbean on safety grounds, only Haris Sohail has declined the offer to face England.
Explaining the circumstances, Misbah said: “For Haris it was purely all about his family concerns.

“They were having concerns, so that’s why they were not convinced. He has to respect the family’s decision and he pulled out of this series. Except Haris, the others are fine. There are no concerns.

“Most of them have relatives and friends there, the situation is improving and they are much more satisfied with that and they are ready to do it.”

Misbah also passed on his best wishes to former Pakistan captain Shahid Afridi, who revealed on Twitter he had tested positive for the virus.

“My prayers are with him, all well wishes with him that he gets out of this soon,” said Misbah.

“Throughout the Covid situation he was helping the poor, doing a very good job. I think he was doing a lot of work in the area of Balochistan and the northern areas just to help the people.”