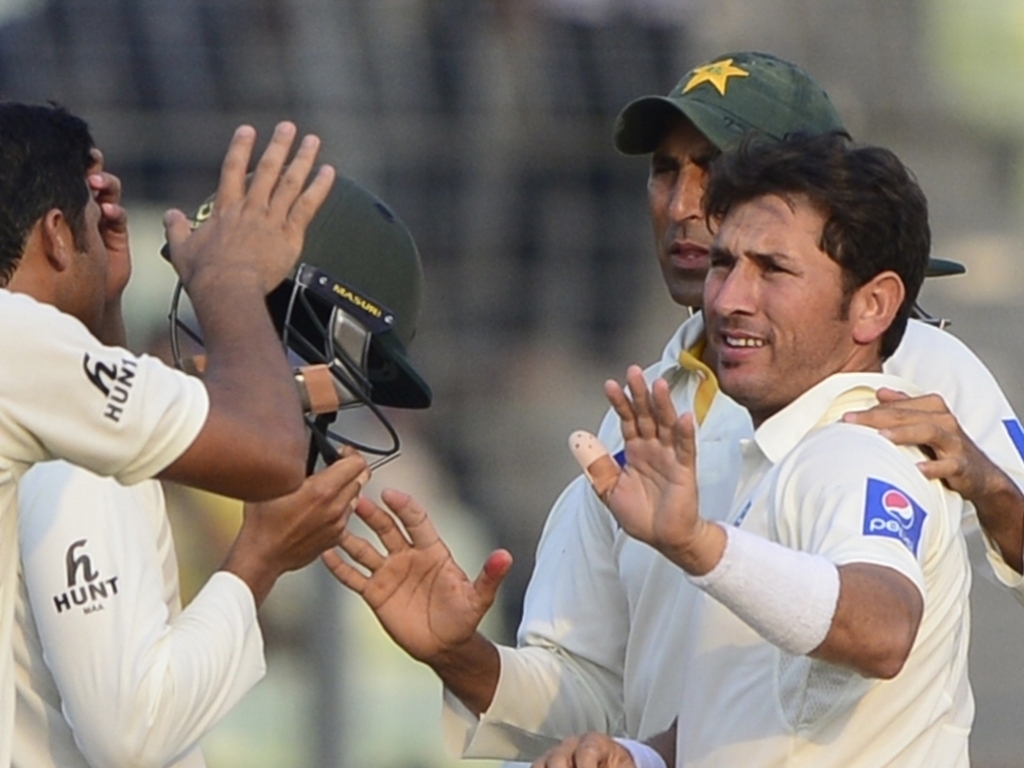 Pakistan captain Misbah-ul-Haq is of the opinion that spinner Yasir Shah's absence in the first Test against England in Abu Dhabi was key to the draw, and that if the slow bowler had not injured his back, Pakistan would have won.

The match ended late on day five after a thrilling final day, in which England fell just 25 runs short of victory after needing 99 to win off 19 overs. Bad light stopped play after 11 of those overs.

The match saw double tons from Shoaib Malik and Alastair Cook, and for four days it a was a relatively dull game, but Misbah feels that Yasir would have been able to make an impact, even on the slow pitch.

He is confident Yasir will have recovered from his back strain in time for the second Test in Dubai, which starts on Thursday.

Misbah wrote on the Cricket Australia website: "There was also plenty of criticism that the pitch was too friendly for batting.

"There is no doubt that the pitch we played on was quite different from previous Tests in Abu Dhabi. There used to be assistance for spinners from the third day but this wicket showed turn only on the fifth day. There wasn't any bounce or carry which made the batting easy.

"But I must say that we have to see the other side of the picture too. We were playing without Yasir Shah and both teams made mistakes in the field.

"Hafeez and Asad Shafiq were dropped whereas Shoaib Malik was caught off a no-ball, and then we also dropped Alastair Cook twice. Therefore I am of the opinion that if the chances were held and Yasir was playing the outcome of the match could have been totally different.

"Yasir's absence was a huge setback for us. The pitch was not bad for a wrist spinner and he has been our match-winner in the recent past. Sadly we didn't have his replacement either.

"I think his absence was a mental relief for England before the match. I will again say that had he played the result could have been different. It would have been really difficult for England to bat against him after we had put on a mammoth 523.

"But I am glad that Yasir has recovered now. He is 90 per cent fit and inshallah will play the second Test.

"He will strengthen our spin arsenal in Dubai. We all know that England batsmen struggle against the spinners and this was the reason I opened with Malik and Zulfiqar Babar in the fourth innings."