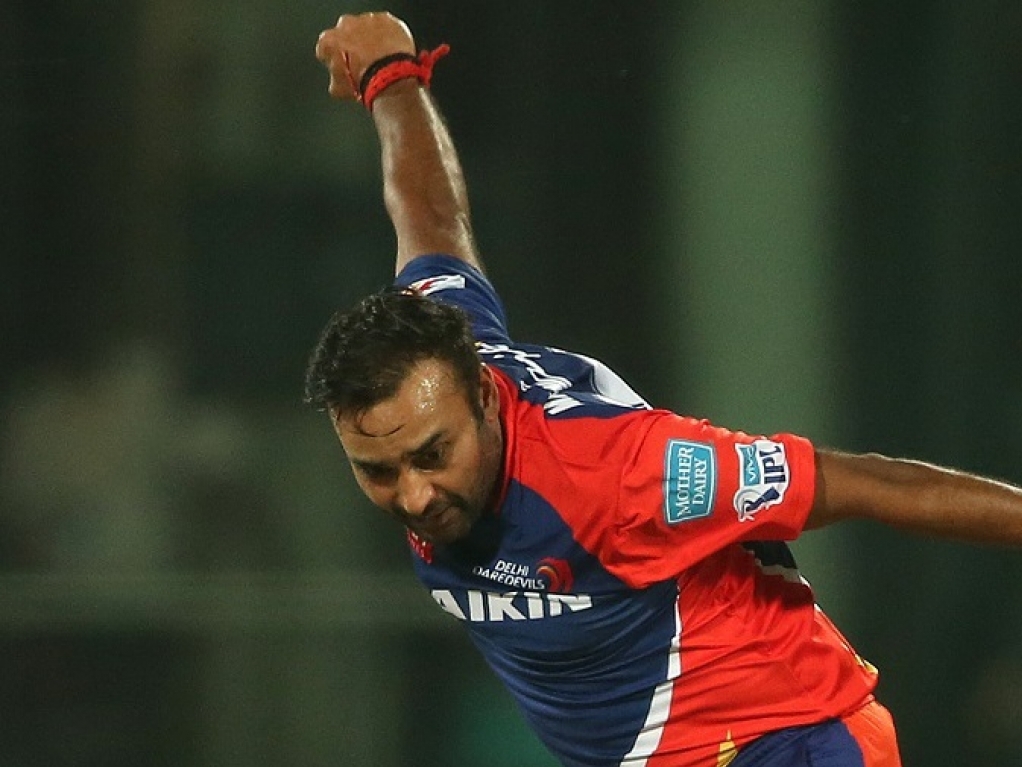 India spinner Amit Mishra was key to his Delhi Daredevils side's victory over the Kings XI Punjab on Saturday, taking four wickets, and said afterwards that he was pleased to do the job he was paid for.

Mishra took four top order wickets for just 11 runs, helping the struggling Daredevils to a rare win, and he said he was pleased to see how well his planning and variations worked.

Mishra said: "The wicket was on the slower side. One could bat well on it. But the way we had planned for them …I had spoken to Zak bhai (Zaheer Khan) and we are happy that it worked out.

"And hope that whatever plans we make in the future work out well and we continue to win matches."

He said of the wicket of Australian Shaun Marsh: "Marsh stepped out a little too early. I was trying to cramp him and spin the ball so that he mis-times the hit. But the ball spun and went through the gate as he was attempting to hit a six.

"He was trying to put pressure on me in the beginning but then what I had thought (planned) worked out better and I got the wicket."

Mishra claimed the Purple Cap, for the tournament's leading wicket-taker, after his efforts, but said it meant nothing if the team didn't keep improving and winning.

He added: "It definitely feels good to be wearing the Purple Cap but the effort will always continue to be there to keep it with me. There is still a long way to go in the tournament, still more than a month and a half to go almost.