Mitch Marsh only fit to bat in Gabba Test 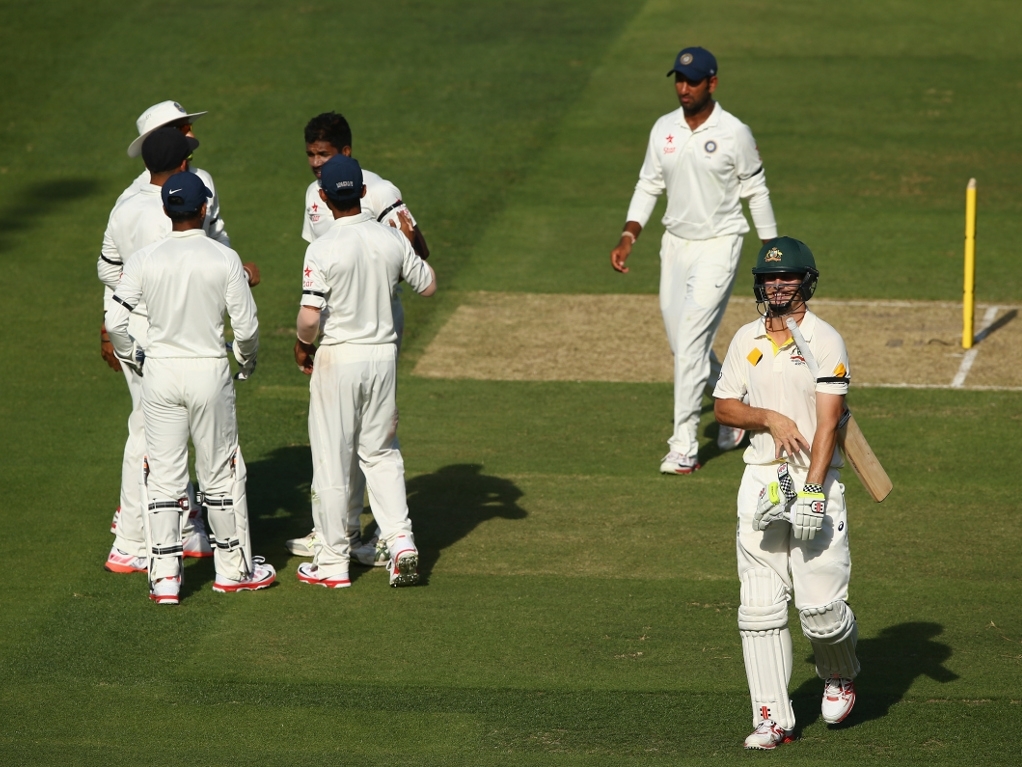 Australia all-rounder Mitchell Marsh will not bowl again in the second Test after suffering a hamstring strain against India at the Gabba on the first day.

Marsh injured himself with the last ball of his sixth over and left the field for treatment with team physio, Alex Kountouris as Australia were sometimes left with a depleted bowling attack as Mitchell Starc and debutant Josh Hazlewood also left the field for because of injury and cramp respectively.

Kountouris said of Marsh. "He's got a mild low-grade hamstring strain on his right leg. He's had surgery on the left leg a year ago and he's also injured the right one maybe two years ago.

"This is a mild injury … He's going to have a scan today and we'll try to get him on the field tomorrow and hopefully have him batting in some way if that's useful."

Hazlewood's prognosis was ,at least, a little bit better as he just left the field with some cramps on a swelteringly hot day in Queensland. The 23 year-old has so for had an encouraging debut, having got the wickets of Cheteshwar Pujara and Virat Kohli.

Kountouris said: "He had cramps all over his body, so it wasn't just one place. Typically when they cramp they cramp in their calf or their hamstring or something and they tend to get on with it.

"The difficulty with him is he was cramping everywhere. It was both calves, both hamstrings, groins, hips, he just couldn't function.

"You could see his pace was down when he came back and bowled and he showed some courage to do that because he was really struggling. Every ball he bowled he was cramping up in multiple places.

"He will recover overnight and we'll see how he wakes up tomorrow. We expect him to be bowling tomorrow."

Starc, who came into the team for the injured Ryan Harris, received treatment for pain that he was feeling in his back and ribs. The New South Wales quick went wicketless in 14 overs and Kountouris is confident he would bowl again in the match.

He said: "His back was sore, he's also getting some rib pain. I haven't had a chance to fully assess that, it is not a side strain and we don't think it is anything that is going to stop him bowling but we'll have to look at it tonight.

"But we think he is going to be okay to bowl tomorrow."