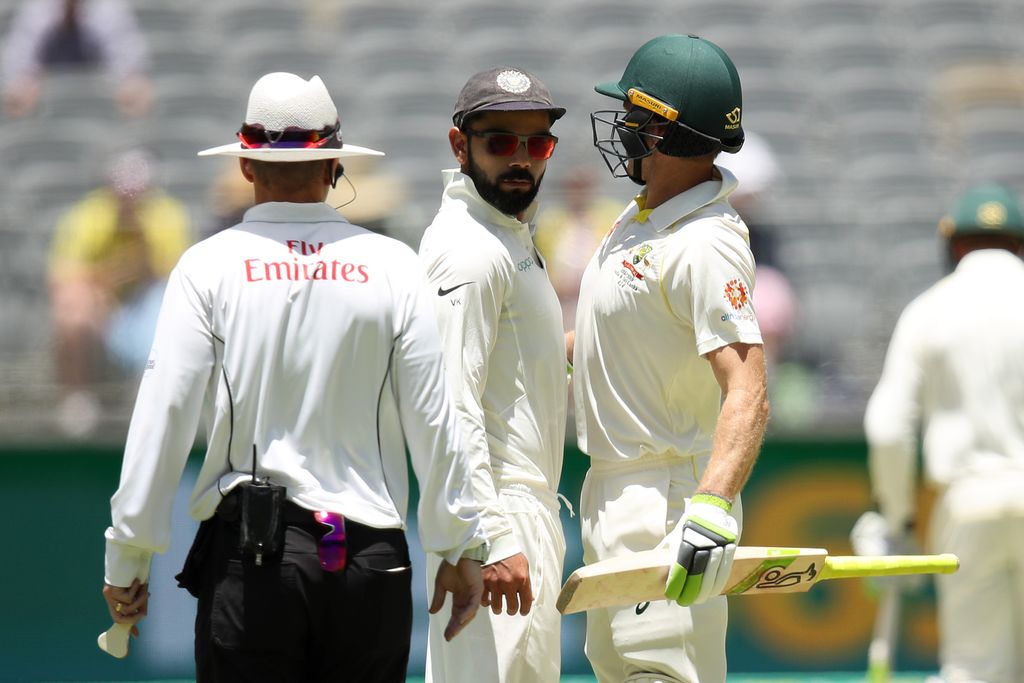 The Indian captain and his opposite number Tim Paine were involved in a number of heated exchanges during the visitors’ 146 run loss, at one stage even prompting umpire Chris Gaffaney to step in.

Both captains played down the altercations in subsequent post-match press conferences, but Johnson feels Kohli’s behaviour was unbecoming.

“At the end of the match, you should be able to look each other in the eyes, shake hands and say ‘great contest’,” the former Aussie quick wrote in a column for Fox Sports.

“Virat Kohli could not do that with Tim Paine, shaking the Australian captain’s hand but barely making eye contact with him. To me, that is disrespectful.

“Kohli gets away with more than most cricketers simply because he is Virat Kohli and he gets placed on a pedestal but this Test left the Indian captain looking silly.”

The third test starts on December 26 in Melbourne, with the four test series tied 1-1.