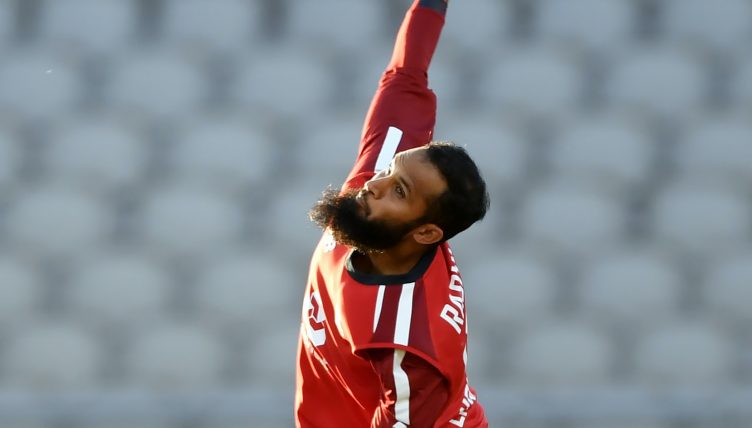 England may have lost out on the chance for a lengthy stay as the world’s number one Twenty20 side but stand-in captain Moeen Ali believes an in-form Adil Rashid proved he remains the best in the business.

Just two days after leapfrogging Australia to go top of the T20 rankings, a five-wicket defeat at the Ageas Bowl saw the rivals trade positions once again – with uncertainty over the global calendar meaning this stay could be a long one.

A 2-1 series win meant the hosts were still in good spirits heading into the ODI leg of the tour, with Rashid again primed for a key role.

England’s 145 for six never looked quite enough but Rashid’s mesmerising spell of three for 21 set up a final-over finish that few would have expected when Australia needed just a run-a-ball at the halfway point of the chase.

The leg-spinner dismissed the dangerous Glenn Maxwell, captain Aaron Finch with a delicious googly and then removed anchorman Steve Smith with the last ball of his spell, to sow the seeds of doubt in the away dressing room.

Mitch Marsh’s 39 not out got them over the line but Moeen, captaining his country from the start for the first time, was delighted by his friend’s efforts.

“Adil is an amazing bowler for us. When he is bowling like that he is the best in the world. He’s brilliant and has been for a long period of time,” said Moeen.

“He’s the kind of guy, you always wish he had another over to bowl. There’s a reason why he’s the side’s leading wicket-taker in white-ball cricket: he is world class.”

England’s batting line-up was perhaps a little lacking in that regard – with a quartet of mainstays missing. Jason Roy and regular skipper Eoin Morgan were both out injured, Ben Stokes is in New Zealand with his sick father and Jos Buttler was granted some time with family after 10 solid weeks in the bubble.

Jonny Bairstow’s 55 was the best of the day and Dawid Malan’s 21 enough to earn him the PCA’s ‘most valuable player’ award for this summer’s T20s, but Moeen would have liked a couple of extra senior men at his side.

“When missing four world-class players, four players who are in our (best) team, it’s a big miss,” he said.

“I wouldn’t say it was too far – I thought we had a good enough team – but obviously we were short with the bat. We have learnt that we have a top bowling attack and when Stokesy, Jos, Morgs and Jason come back in, we will have a formidable side.”

Bairstow dropped a simple chance with the gloves and Malan failed to grab a slip catch early in Marsh’s innings, leaving Moeen to further rue a lack of sharpness in the field.

“We saw in the first game that if you put Australia under pressure, you push back, they crumble,” he reflected. “Even with a low score like that…if we take those chances I feel we could have won the game for sure.”

Marsh, who was taking the field competitively for the first time since March, was delighted to make his mark ahead of the 50-over contests.

“It’s always a lot of fun to get a win on the board and I loved finishing the game off,” he said.

“I like being out there under pressure and it was great to contribute to a big win. We’re still disappointed to lose the T20 series but we spoke about gaining momentum and taking it to the next one. It wasn’t about keeping England off the top spot; we want to be the best team in the world, we all strive for that and hopefully it’s for a long period now.”