Home Countries England Moeen enjoys ‘chipping in’ with the tail

Moeen enjoys ‘chipping in’ with the tail 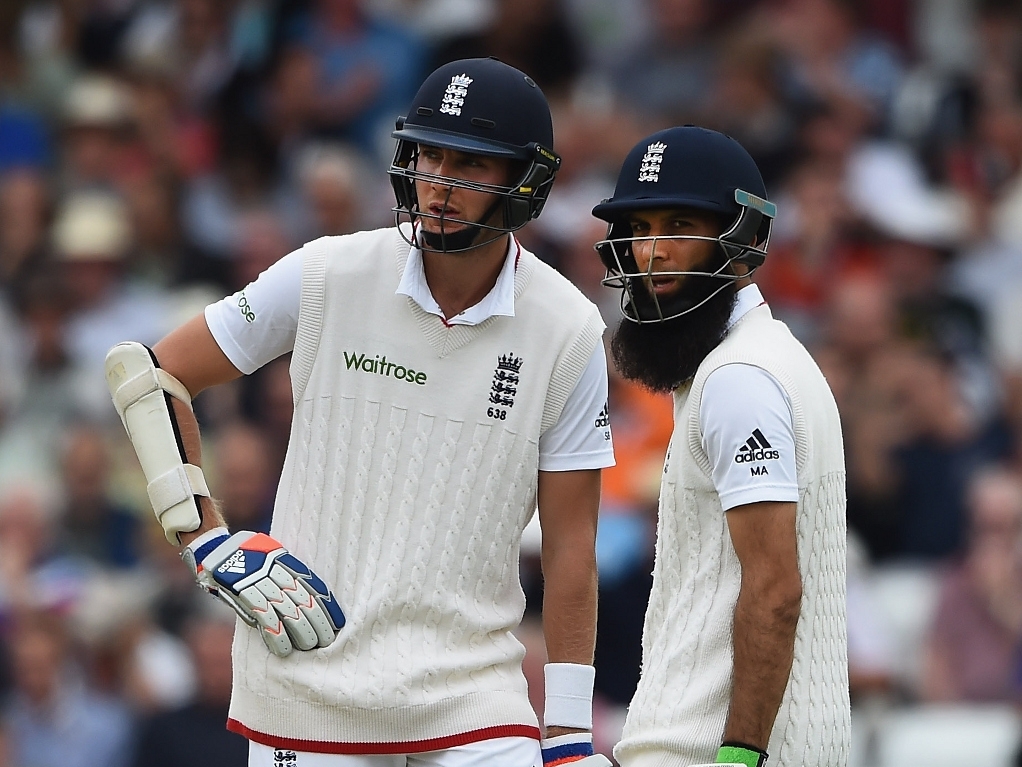 England all-rounder Moeen Ali says he doesn't mind batting as low down as number eight in Tests, despite being a top-order batsman, and has enjoyed batting with the tail in the Ashes series.

Moeen has been important with the bat a few times in the series, 'chipping in' with a few half centuries personally and some half ton stands with the likes of Stuart Broad. He doesn't mind that role, as long as it helps the team.

Moeen wrote on the ECB website: "I suppose chipping in would describe my contribution. I don't feel like I've bowled well in the last couple of games. But the seamers did the job for us – Jimmy, Stokesy, Broad, Finn and Wood. Then we had to get the runs as well.

"In the last two games I've come in at a time when the best option was to get quick runs to take the game away from the Australians. I have enjoyed that, batting with Broady for a couple of 50-plus partnerships.

"I know it’s quite low to bat at number eight, and it was number nine at Trent Bridge after Woody had come in as nightwatchman – and what a nightwatchman he is, he can bat properly. But it’s been a brilliant experience for me, batting with the tail."

Moeen also wrote that he was pleased to see how the fans were cheering for Alastair Cook after the fourth match, especially given how much criticism he received in the build-up to the series. Moeen said that the players never lost faith in Cook.

He added: "It’s been such a long road, so for us to win the Ashes with a game to spare is special.

"I think hearing that from Cooky as well, seeing him with that big smile on his face and everybody cheering him, that was special for all of us.

"The way he spoke, sharing the credit around with people like Peter Moores, shows the character of someone as a leader.

"I've always said this, he’s got respect from everybody in the changing room, not just as a cricketer but a person – you never hear a player go against Cooky."