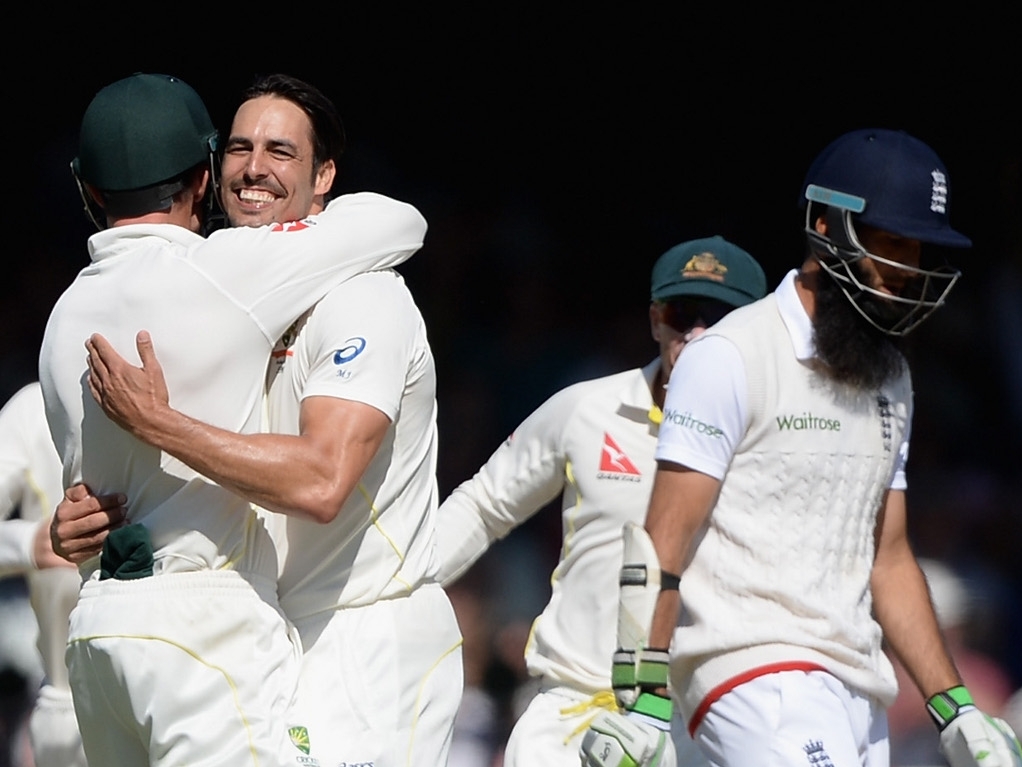 England all-rounder Moeen Ali says his perceived weakness against the short ball, especially from Mitchell Johnson, is not really an issue, and that he'll be happy to face the Aussie paceman come the third Test.

The match will be played in Birmingham, Moeen's home city, with the sides level at one all. Moeen, who was out for a duck to Johnson in the second innings at Lord's, said he was fine with facing the short ball.

Moeen, who made 39 in the first innings at Lord's, said of facing Johnson's bouncers: "I am not worried about it. I'm still looking to take the short ball on. I don't mind facing him.

"At Cardiff I managed to get a couple away and then at Lord's I pulled him a few times.

"I know he bowled very well in one innings out of four. He went for a lot of runs and didn't take many wickets.

"You've got to try to play shots. Last year I was just trying to fend them off, but at least at Lord's I was trying to play it.

"We just went into our shell against all of them. It wasn't just Mitchell Johnson."

Moeen also responded to David Warner's comments that Ali bowled enough bad balls that you didn't even need to attack his bowling. But the spinner had the last laugh, pointing out that he'd taken Warner's wicket three times.

He said: "They try and play with your mind, whether that's through the media or speaking to other people, they know the message will get to you.

"I never said anything to David Warner, I was just really glad I got him out … I've got him three times."