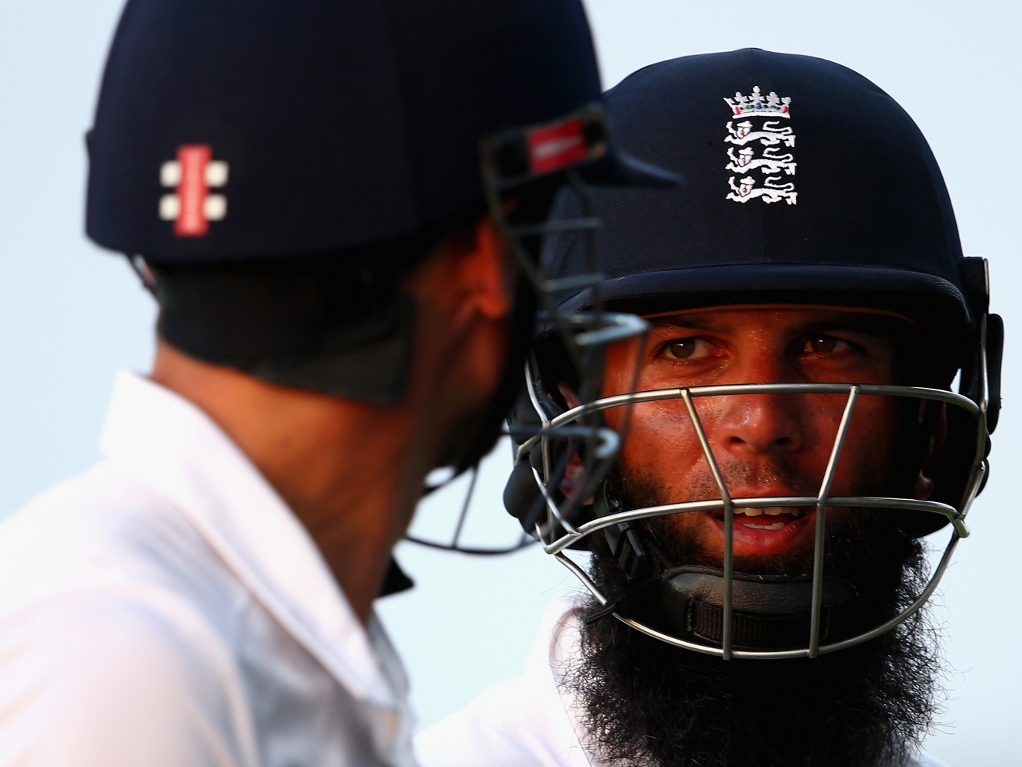 England all-rounder Moeen Ali has revealed that Pakistan's players are wasting their time speaking in Urdu and Punjabi when he's around, trying to sneak tactics, because he can understand them and told his skipper what they said.

When Alastair Cook was batting in the first Test in Abu Dhabi, and went on to make a double century, he was helped by Moeen when the batsman was in the middle too, translating everything the Pakistan players said about Cook.

Birmingham-born Moeen, whose Pakistani grandfather married an English woman and moved to England two generations ago, explained: "I do understand what they are saying.

"When they had a plan for Cooky I was telling him what they will do."

He will employ this skill in the second Test in Dubai too, and the all-rounder feels that England have spooked Pakistan a bit, after coming close to winning a match that should have been a clear draw.

He said of the 99 runs needed to win on day five, even though they fell 25 short: "It's given us a lot of confidence and probably given Pakistan a bit of a nudge as well that we are here to be serious.

"We probably caught them off guard a bit in that last session but I'm sure they'll come back stronger and be well aware of it now."

His own Test effort wasn't the best, and fellow spinner Adil Rashid started off horribly, recording the worst figures for a debutant bowler. But Rashid bounced back with a five-fer in the second dig, which set up the near-win.

Moeen said of his team-mate: "I am very happy for him, he took some stick in the first innings. As a team we felt he bowled quite well actually.

"There was nothing in it for him or myself. We kept telling him his wickets would come, he was bowling well in the warm-ups, he's got so much talent and if his confidence is high he'll be good."