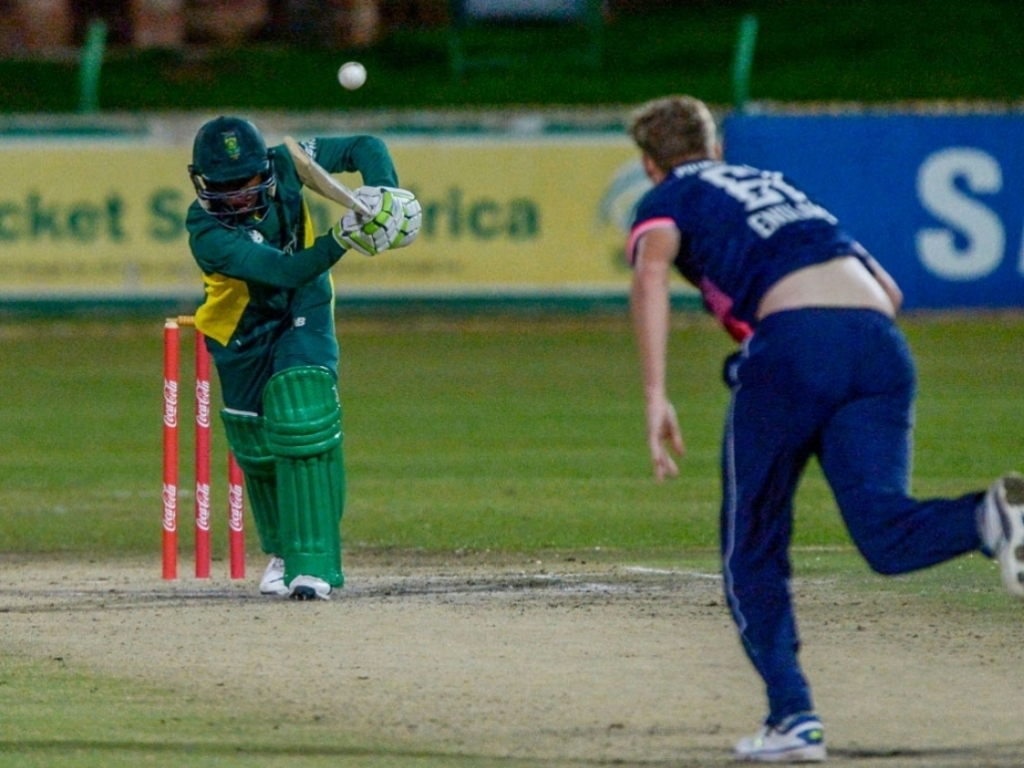 Andile Mogakane’s recent progression into the South Africa Under-19 team caps a remarkable journey not just for the player, but also for the Sunfoil Education Trust.

The 17-year-old has become the first beneficiary of the bursary programme to reach such an elite level.

Raised by a single mother and under difficult financial circumstances he is now looking ahead to representing his country at the ICC World Cup in New Zealand early next year.

Having just completed his Grade 10 at Northwood High School in Durban, his journey is one that dates back six years to when he was first identified by the SET as a player with potential to play the game more seriously.

“I was still in Grade Four then and attending the Mandlakazulu Primary School in Lindelani where I come from,” Mogakane recalls. “That’s when the school was approached with the programme looking for kids interested in cricket.

“I was one of those that was selected, so that was where it all began.”

After initially mainly playing and training only on Saturdays, his young cricketing journey turned full circle in 2014 when he was recommended by the SET to Northwood where he was chosen from amongst three boys for a scholarship.

He has not looked back ever since.

“The programme has benefitted me in a huge way,” Mogakane, who has won five U19 caps, added. “It basically gave me opportunities so many others can only dream of.

“I was recently selected to go to the World Cup and it is something I could never have imagined a few years ago.”

“It is a story such as this that makes all the hard work put in by so many people through our pipeline development programs so worthwhile,” commented CSA General Manager: Cricket, Corrie van Zyl. “It is so rewarding that so many of our sponsors are making major contributions not just at Protea level but at the all-important grassroots level as well and the Willowton Group are a fine example of this.

“I have every confidence that Andile will be followed by many others as we pursue our vision of making cricket a truly national sport accessible to all,” concluded Van Zyl.

“We are so thrilled to have played a role in Andile making the national under 19 team,” said Moosa.

“The SET program is clearly delivering on its objectives as over the year’s we have seen our bursary students graduating from university with degrees, making age group provincial teams, and now a recipient going all the way to the Under 19 National Team.”

This Sunfoil Education Trust has provided full bursaries for more than 20 promising young township cricketers, enabling them to attend leading schools over the past eight years.

The Proteas contribute to the fund through scoring of 4’s and 6’s as well as taking wickets at all home test matches.

To date, the program has raised close to R5-million.