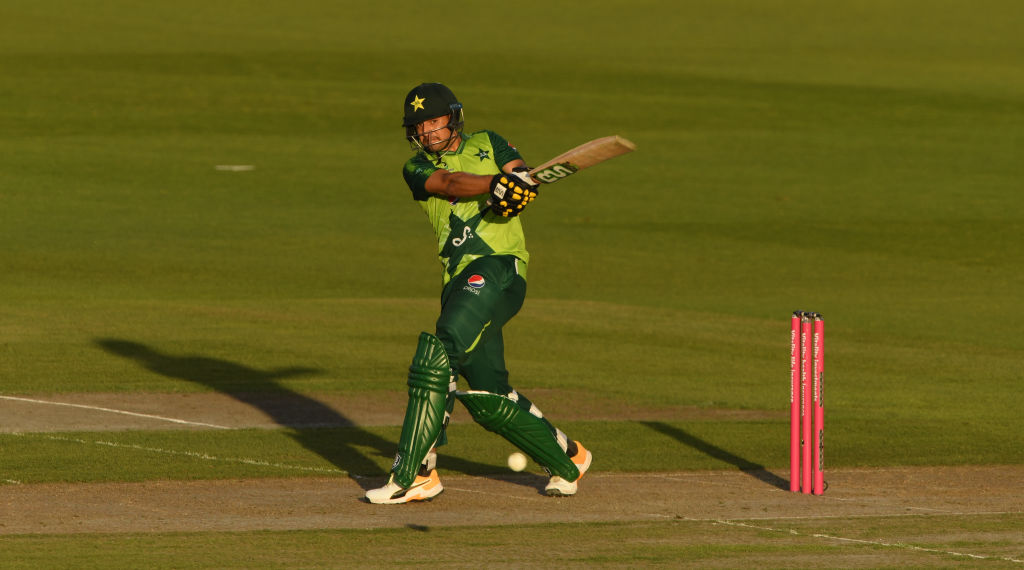 Pakistan veteran Mohammad Hafeez praised teenage debutant Haider Ali after the pair combined to set up a five-run victory over England in the third and final Twenty20 International at Old Trafford on Tuesday.

Hafeez was impressed with the composure of the exciting batting prospect who shot to prominence in the 2020 Pakistan Super League.

The 39-year-old shared a 100 run fourth-wicket partnership with the 19-year-old debutant with Haider shading the balance of runs scored with 54.

Hafeez was impressed with Haider’s ability to express himself while playing under pressure with Pakistan desperate to end the tour with a first win. The young batsman audaciously slog-swept his second ball in international cricket for six.

“He was good under pressure and just expressed himself,” player of the series Hafeez said of Haider in a post-match interview with Sky Sports.

“I was just trying to back him every time, tell him ‘you are playing well, continue like that,'” he added. “It is great to see youngsters coming from our system and performing well.”

Babar satisfied in the end

Pakistan skipper Babar Azam was thrilled with the all-round effort with the bowlers backing up a great batting effort to clinch victory in the final over.

“We had a plan and achieved a total and then bowled very well,” said Babar.

The captain had an angry word or two on the field for seamer Haris Rauf who was walloped for six off the penultimate ball of the match. Babar explained that he had ordered Rauf to bowl yorkers but was happy with the quick once he closed out the match by hitting his mark.

“I told the bowler (Rauf) to bowl yorkers.

“One ball he bowled a really bad ball (the one hit for six by Curran) but that is part of the game!”

Babar gave credit to Moeen Ali for keeping England in the game with a superb knock.

“Moeen played a superb knock but our bowlers did well to win the match,” added Babar.

Pakistan and England share their three-match series. The first match was rained off before England won a last-over thriller in match two.