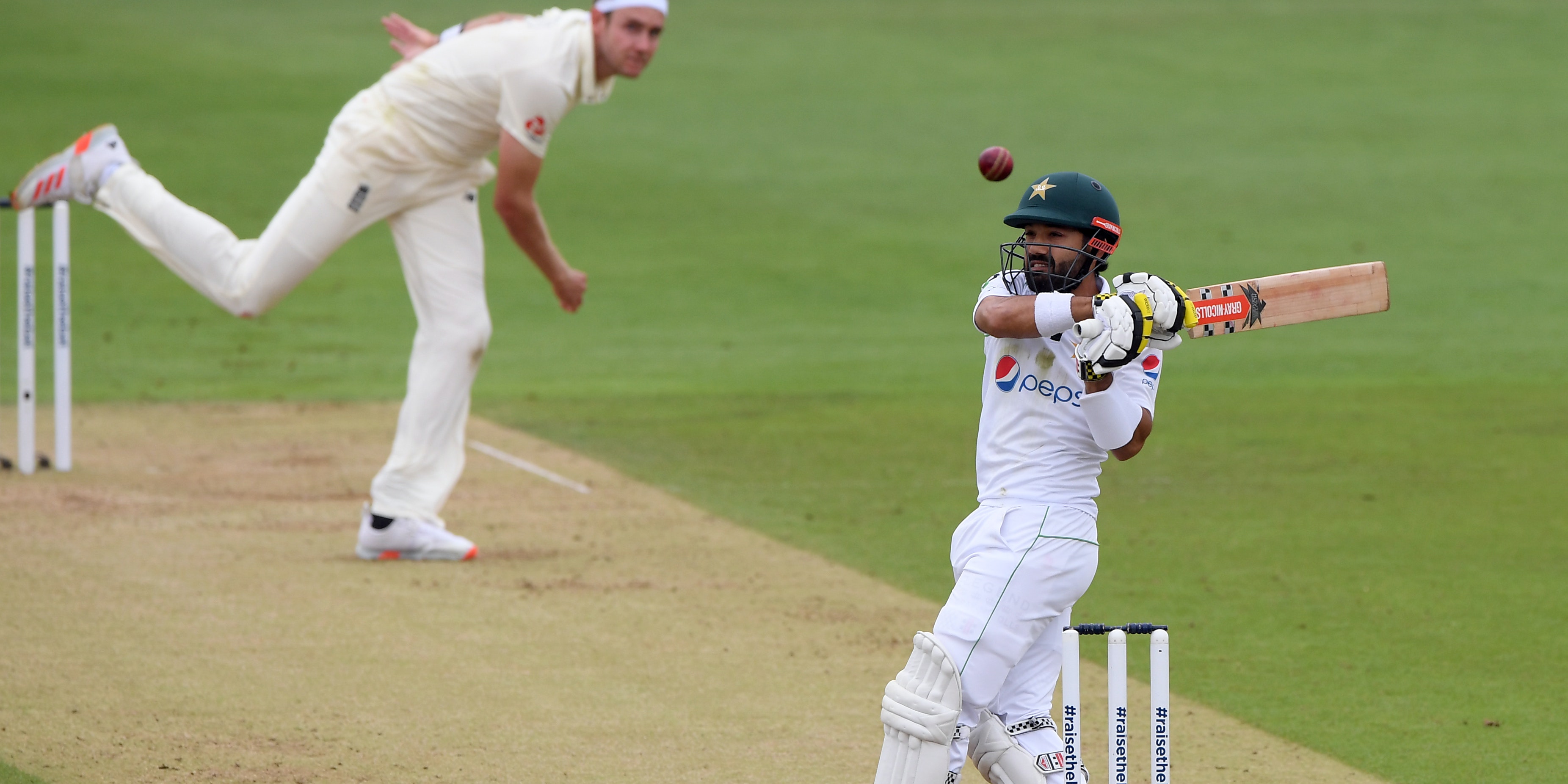 Mohammad Rizwan frustrated England as Pakistan reached 215 for eight on day two of the second Test at the Ageas Bowl.

Time was at a premium in Southampton with rain and bad light taking time out but England looked on course to roll their tourists over for under 200 after picking up three wickets in a productive spell after lunch.

That ended when Rizwan emerged from a previously low-key knock to post 53 not out, leading Mohammad Abbas in an unbroken ninth-wicket stand of 39.

Having reduced their opponents to 126 for five before the weather closed in on day one, England’s momentum was further delayed by 90 minutes as morning showers kept the players off the field.

When the game finally got going at 12.30pm it left an awkward hour-long session in front of Babar Azam and Rizwan, in the kind of relentlessly dark skies that seam bowlers dream about.

Survival was the best the batsmen could hope for and it was to their credit that they turned what seemed a thankless task into a handy passage of play, stifling all four pacemen and adding 29 to the total.

Babar scored 20 of those but it was a wise, restrained display as the team’s most natural stroke-maker temporarily shelved his impressive array of drives and left the ball consistently.

Instead he favoured low-risk nudges off his pads alongside a couple of well-timed boundaries, one clean pull off Chris Woakes and a straighter push off James Anderson. Sam Curran came closest to unsettling Babar on 40, when the ball deflected in front of the stumps and bounced safe, while Rizwan settled for a supporting role.

England began the afternoon session knowing they might need something special to get the better of Babar and Broad was the man to produce it. In his second over after the the restart he left his opponent no option but to play at a ball that pitched around middle and drifted away off the pitch.

The edge was inevitable, Jos Buttler’s catch undroppable and England’s relief considerable. Yasir Shah offered scant resistance at number eight, throwing his hands at a full, swinging ball from Anderson and to give the wicketkeeper another simple gather, and when Shaheen Afridi was run out by Dom Sibley for nought – picking up from slip and throwing down at the non-striker’s end – a swift decline seemed certain.

All that stood in England’s way was Rizwan, but that was more than enough. He was unbeaten on 24 when the wicket fell and by hoisting the very next ball over square leg for four he signalled his intent to take matters into his own hands.

He managed the strike brilliantly and flashed the bat productively as England’s control waned. Mohammad Abbas was a passive partner, with the partnership up to 35 before he scored his first run via a thick edge dropped short and squirmed through slip.

Bad light forced the teams off soon after, with the dark overhead clouds finally too much for the umpires.