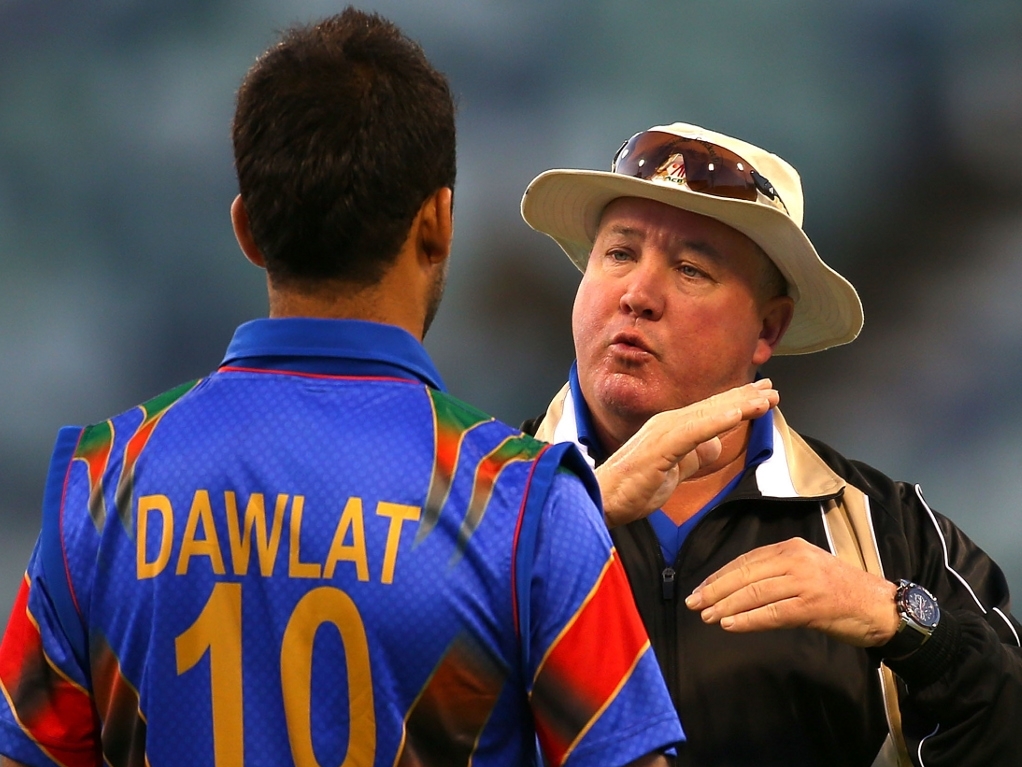 Afghanistan will play their first-ever World Cup match on Wednesday when they take on Bangladesh, and coach Andy Moles hopes his players will be able to stay calm in such an emotional match.

With many of their players growing up in refugee camps, and their story one of the cricket world's favourite tales of success, Moles knows how keen the players will be to impress, but hopes they keep their emotions in check.

They will face the Tigers at the Manuka Oval in Canberra, and Englishman Moles doesn't think his side are underdogs either, given they won the only other ODI the sides have contested, in the Asia Cup last year.

Moles said: "They feel a real, genuine honour to be here and they want to do well for the public at home. It's a massive inspiration generally for the players.

"They want to do well for the public at home and that's a really important message. It's been well documented the hardships that the players and the general public have at home all over Afghanistan.

"The next 24 hours… is getting ready for the game, is to make sure we're calm, we're calculated and make sure we execute our plans and if we do that Bangladesh can look forward to a very hard game tomorrow.

"What happens is when we don't play our best cricket, we just get a bit excited. We want to hit fours and sixes."

Afghan skipper Mohammed Nabi was confident of his side having the upper hand in Australia, saying their pacemen had prepared the batsmen better than the Tigers' spinners would have done for their own batters.

He said: "We have quality fast bowlers and also it's suitable (here) for the batsmen. If you look at the conditions of Bangladesh and Australia, it's totally different.