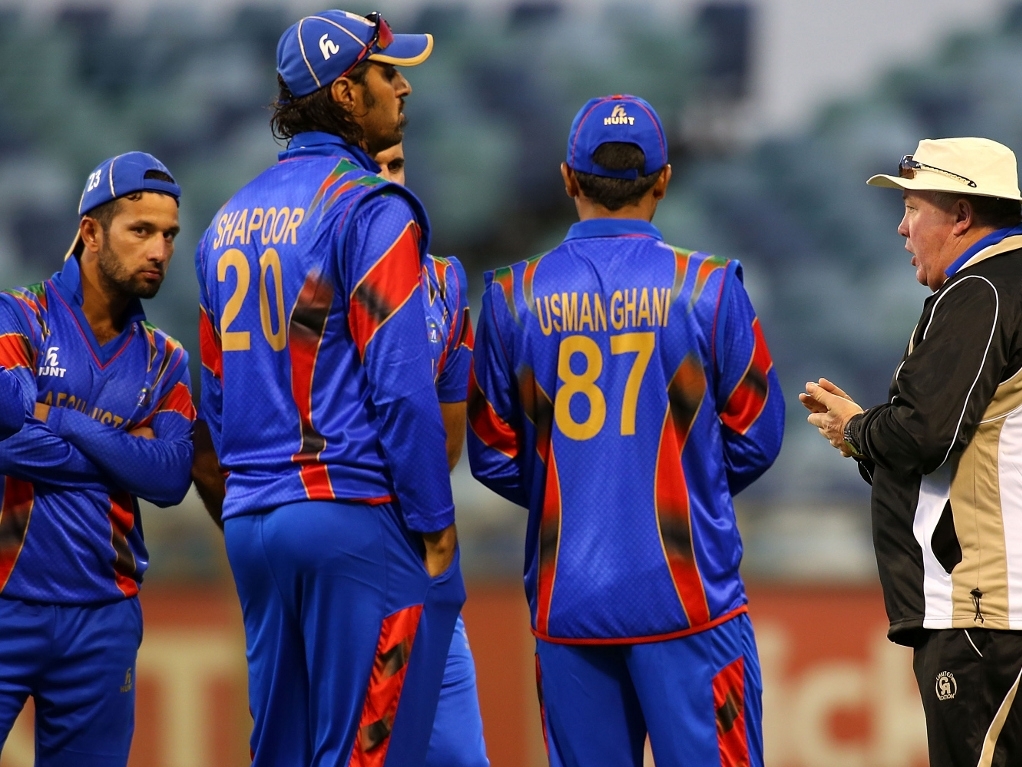 Afghanistan coach Andy Moles has urged his team show the world that they can play, and are not just at the World Cup to make up the numbers, while not giving the bigger cricketing nations easy matches.

The Associate nation take on Sri Lanka at the University Oval in Dunedin on Sunday in their second Pool A match of the World Cup, after having lost their first match to Bangladesh in Canberra on Wednesday.

Moles knows that his charges are capable of much more than what they showed in Canberra, and wants the players to reward the massive support they get from back home with a decent showing against the 1996 world champions.

The Afghanistan coach said: "We want to look at this game against Sri Lanka as another opportunity to put Afghanistan cricket in the shop window.

"I want to see the passion they have in the field. We've got a very simple game plan, but around that is enjoyment. The guys play with a smile on their faces. The knowledge of our quality is in our dressing room, and we want to bring that to the game.

"The team know that they are very, very well supported and that's something that drives them. After the Bangladesh match I keep mentioning this word 'disappointment' and they feel that they let their public at home down.

"A lot of messages of support have come through both the ACB, and through Facebook and stuff like that."