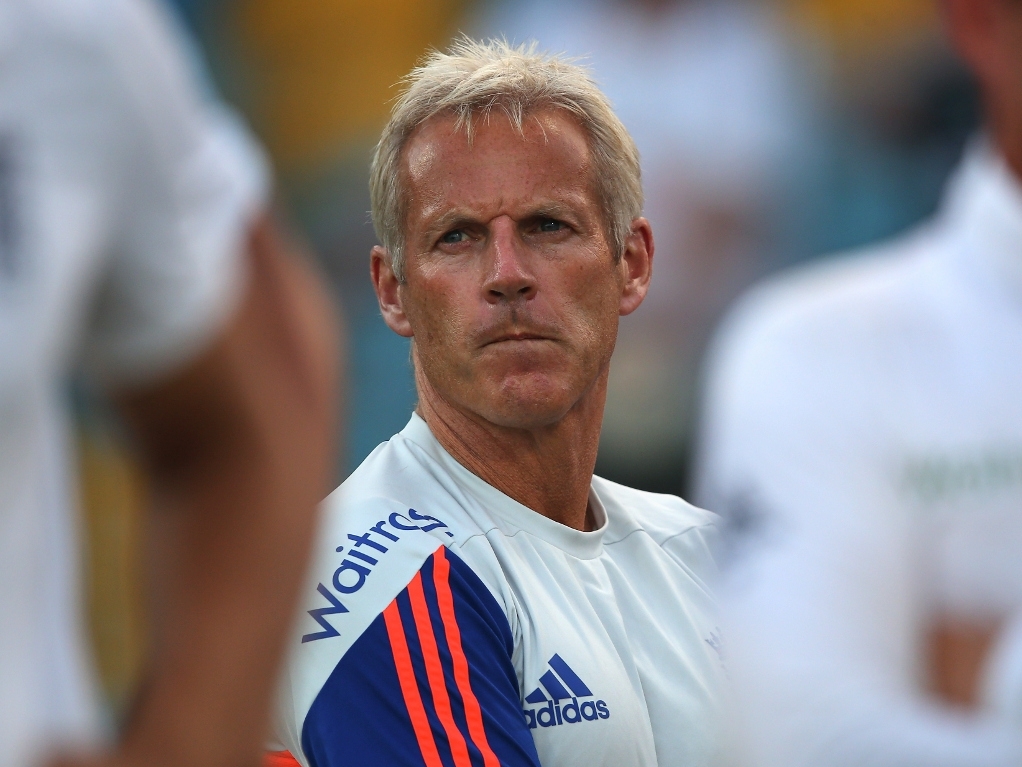 England coach Peter Moores has appealed to the fans not to give up on the team, and has asked for more time to build the side into a consistently winning one, in the wake of their drawn series against the West Indies.

England were the better side in the first two matches, drawing the first and winning the second, but a massive batting collapse in the second innings of the third Test saw them lose by five wickets.

Moores' job has thus come under the spotlight again, and he has appealed to everyone calling for his head to look at the results and performances a bit more rationally, saying that the younger players were improving quickly.

Moores said on Cricinfo: "We've got an exciting group of players. I want to be involved with this group going forward as I think I can help them get better. I think we're moving the right way. I think this has been a really good trip in many ways.

"Watching us develop, the way people are learning what is required to be successful at international cricket and feeling a bit more relaxed with an England shirt on, that has been good. I feel we've moved forward.

"We'll get a better judge in the summer because New Zealand and Australia are very tough sides who are slightly more mature. That will be the time to assess how strong we are.

"We look at ourselves internally and think 'we're moving in the right way.' But we're frustrated that we didn't come away with a 2-0 series win."

Moores has become an object of ridicule in the media as someone obsessed with 'data' and his laptop, but he says this is not the case at all, and fells annoyed that his actual coaching methods are not discussed.

He said: "I get frustrated when people say things about me that aren't true. When people talk about laptops…. it couldn't be further from the truth. It's not fact and it's not right. It's not how I operate as a coach.

"I know I'm a good developer of players. My record is good at developing players; certainly younger players as they've come through. And I think we're seeing players develop."

Moores did add that he understood why fans and former players were so fed up with the team, especially with players like Alastair Cook and Stuart Broad not finding consistent form, but asked them to look at the actual results.

He added: "Of course there's going to be impatience. Everyone wants to win. English cricket is in the spotlight and I totally get that.

"We are coming out of an era where we have been very dominant and then in Australia we fell off the edge of a cliff and we lost some players.

"But I don't want people to forget we have won four out of the last six Test matches. We have won overseas and we have made some mistakes. But as a group we are confident we can play competitive cricket.

"We know we are getting better. Coaches always want time. But it helps having a bit of stability around the team as well."