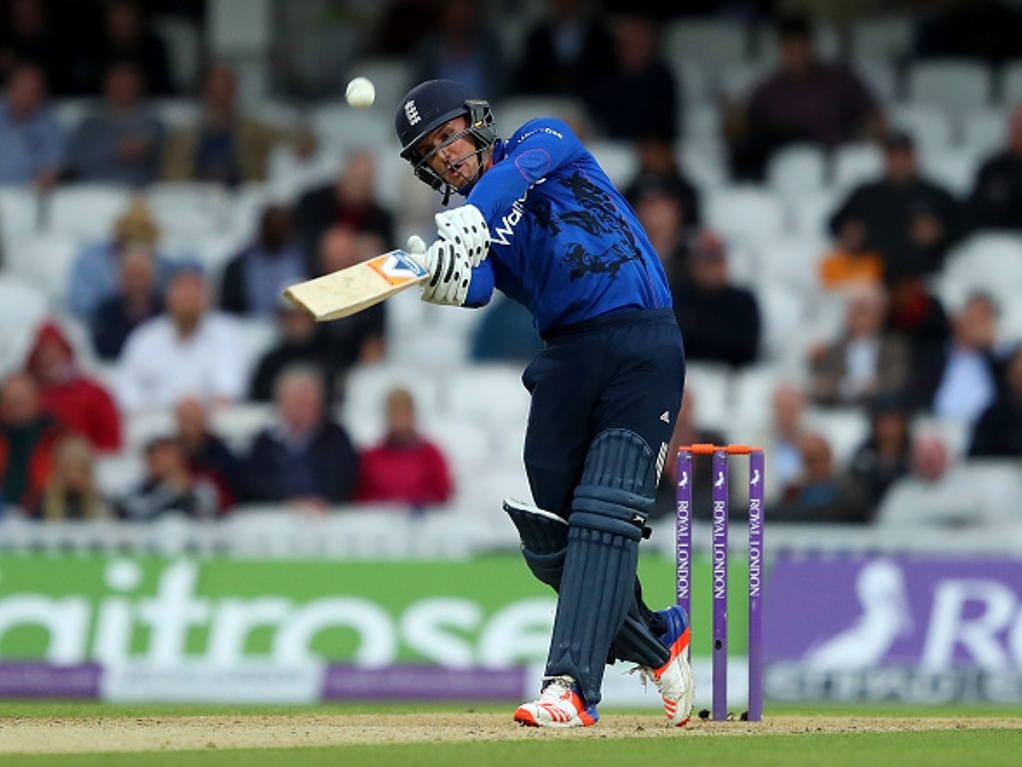 England cruised to a six wicket victory over Sri Lanka on Wednesday, thanks, in large part, to the efforts of Jason Roy who smashed 162 of 118 balls to carry his team to the brink of victory.

Roy's captain, Eoin Morgan, has reserved special praise for the 25-year-old opening batsman whose innings was the epitome of what the new generation of England players are aiming for, beautifully balancing risk and reward.

Speaking after the fourth ODI, Morgan gave kudos to Roy, saying: "Part and parcel of being a successful international player is making form count and Jason epitomised that today,

"He showed the experience of a player way beyond his years, a lot of guys might have got 80-90 or even a hundred and then got out. To go on and get 162 and make a substantial match-winning contribution was outstanding."

England have shown they have depth in batting in this series, which has given Roy and opening partner Alex Hales the freedom to come out and play with aggression from the outset, without the fear of failure that has so often dogged England in recent years, Moragn added:

"The manner in which Jason and our batting unit plays is we do take risks but we're minimising risk by training very hard and bridging the gap between taking a risk and failing.

"We have enough firepower to do that and the innings by Jason reinforces the confidence within the batting unit to do that."

Roy himself was keen to savour the moment and enjoy the feeling of winning the series, saying: "To back up the performance in Edgbaston was extremely special.

"Not many words to describe how I'm feeling now, I'm just excited to get back in the dressing room and see the boys and celebrate a series win,

"It's my home ground, I've got a few people in to watch, which was hugely special. Credit to the boys, they allow me to go out there and enjoy myself and play the way I want to play.

"I've got no worries about getting out in the first over because I know the guys are backing me. It's an incredible dressing room to be part of at the moment."

The England opener fell six runs short of breaking Robin Smith's 23 year old record for the highest score for England in an ODI but the opener is convinced the record will be broken soon, saying: "Yeah, 100% someone could break that,

"We've seen it at Edgbaston, seen it here today – that was obviously a great pitch, tough to defend. Credit to the Sri Lankans, they did bat well, it was just a remarkable evening."

The South African-born star faces competition to break that record though, with explosive players like Hales, keeper Jos Buttler, Joe Root and not to mention the soon to return Ben Stokes and captain Morgan believes the milestone is under serious threat:

"Not to take anything from Jason's innings today but certainly within our batting line-up I think we've guys who have enough talent and ability to push past that,

"Certainly the other day, if we had batted first at Edgbaston and got off to a similar start, you'd think that one of them would go past it.

"Jos Buttler probably doesn't need as many balls as anybody else to go past it. Against New Zealand last year, we got 400, Rooty got a 72-ball hundred and could have kicked on past it. The way to look at it, with the ability and power in the side, we have a lot of match-winners, which is something to be proud of."

England were forced to experiment with Moeen Ali as an opener, after Alex Hales picked up a back injury. A decision regarding his availability for the final ODI in Cardiff on Saturday will be made on Thursday afternoon.