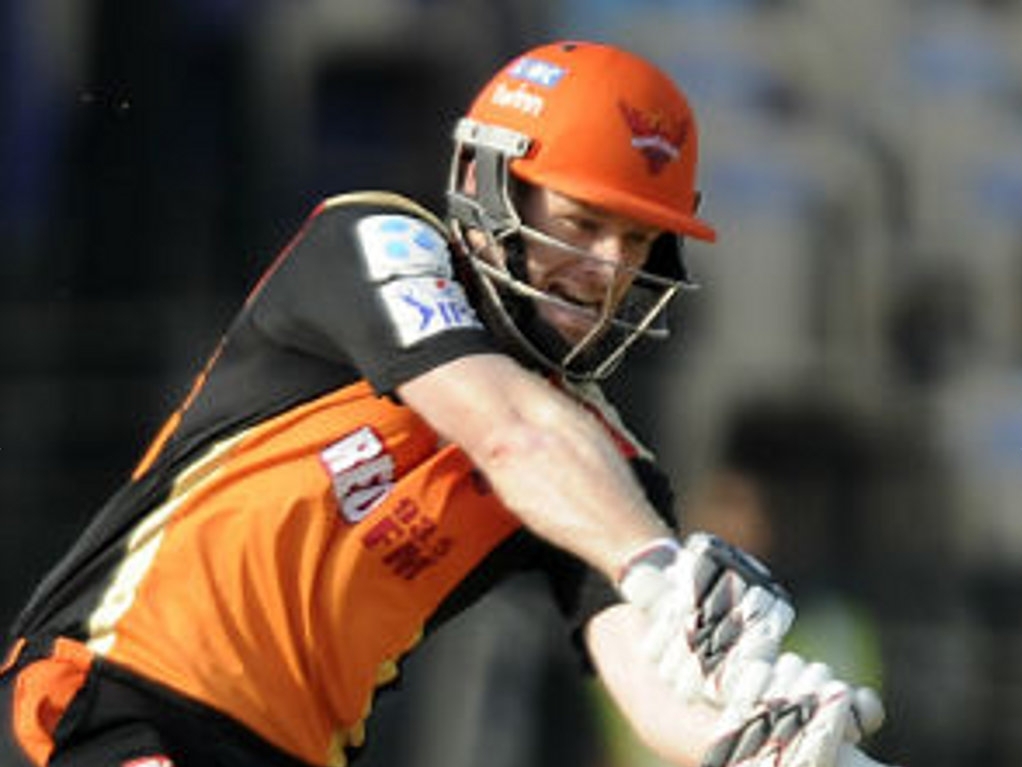 The Sunrisers Hyderabad put on an excellent display with the bat on Thursday to beat the Rajasthan Royals by an exciting seven runs, with Eoin Morgan's rapid half century the key to their victory.

Morgan scored 63 off just 28 balls as the Sunrisers posted their best score of the tournament so far, making 201 for four. A half ton from Steve Smith was futile in the chase, as the rest of the order reached 194 for seven.

The Royals won the toss and opted to field, bringing Chris Morris in for Tim Southee and that was not a choice that paid off. The South Africa paceman went for nearly 10 to the over and didn't take a wicket, but later tried his best with the bat.

SRH put on 48 for the first wicket as David Warner and Shikhar Dhawan batted aggressively, before Warner was out for 24 to Shane Watson. Moises Henriques added 20 to the score, while Dhawan made a valuable 54.

It was England skipper Morgan's knock that did the job though, hitting his fifty off just 23 balls, including five sixes. Even though he was out before the end, countryman Ravi Bopara's 17 not out ensured the 200-plus score.

The chase was flawed from the start as openers Ajinkya Rahane and Watson were removed cheaply. While Smith batted well at one end, the wickets of Karun Nair and Deepak Hooda, both for single figures, stunted the effort.

Smith was eventually out to Bopara, who was playing in place of Dale Steyn, while Bhuvneshwar Kumar removed the dangerous James Faulkner and Sanju Samson in the same over, leaving the tail to attempt the runs.

Morris may not have contributed with the ball, but he sure made things exciting with the bat. A deficit of 40 was suddenly reduced to 20 within a few balls as he smashed three consecutive sixes off Praveen Kumar in the 19th over.

This left 18 required off the last, which Bhuvi bowled, and with three singles off the first three balls, it was a bridge too far. Morris ended on 34 not out off 11 balls.