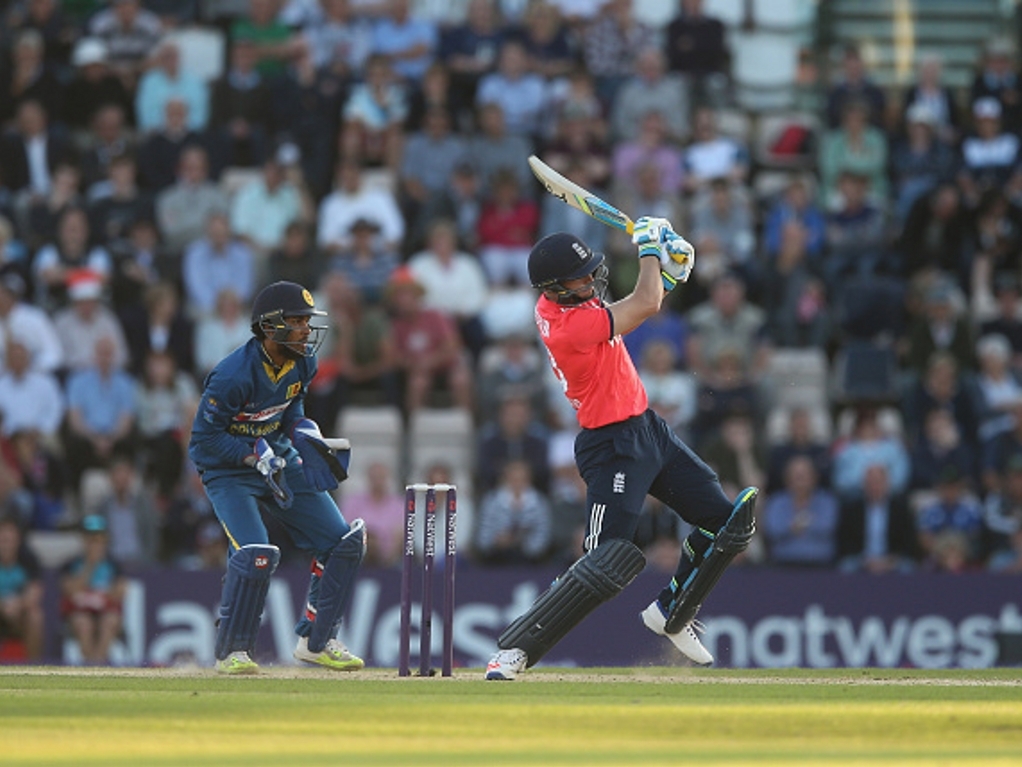 England captain Eoin Morgan has indicated that wicketkeeper, Jos Buttler, could open the batting for England again after his success in the one and only T20I against Sri Lanka.

Buttler opened the batting in the absence of Alex Hales who sustained an injury in the fourth ODI, and was a spectacular success, smashing an unbeaten 73.

Buttler's 73 off 49 balls earned him the man of the match award and the esteem of his captain, who made 47 not out himself.

Morgan said of the experiment: "Certainly it's something we would consider again.

"It's about getting the best of this fellow, because you don't know what his limits are – he's that good.

"His potential is as good as anyone's around the world. It's up to himself, me, TB [Trevor Bayliss] and Farby [Paul Farbrace] to be as open and honest about where his best position is to bat. But watching him crunch it is pretty awesome."

England handed debuts to Liam Dawson and Tymal Mills, both of whom were impressive.

Mills used his pace and variations well, his fastest ball was clcoked at around 93 mph and while he failed to get a wicket, he was economical with his four overs conceding just 22.

Dawson sent the Sri Lankan innings into free fall by taking three wickets in three overs, finishing with figures of 3 for 27, to cap a brilliant debut.

Sri Lankan captain Angelo Mathews is likely happy to be on his way back to Sri Lanka and to no longer have to answer for his team's dismal displays in England.

His team's batting was sub par and suggested they may have had one foot on the plane already and Mathews admitted they were not good enough, saying: "That has been the case for us right throughout the summer, we didn't get enough runs on the board,

"We knew it would be a tough challenge but we just had to compete and give ourselves the best chance to win. Unfortunately either batting, bowling or fielding has let us down in every single game…140 was a very average score."

The outcome may have been different for Sri Lanka had the DRS been in place though, with snicko appearing to indicate Buttler should have been out caught behind of Mathews bowling for five. Mathews response was philosophical: "Chandimal was pretty convinced he nicked it, but unfortunately it's one of those things, it happens,

"T20 is a fast game and you want it to be fast. It was one of those days when you think you might need that one DRS. But it was human error once again and we couldn't do anything about it."

Sri Lanka return home to prepare for the visit of Australia while England will face Pakistan in what should be a more earnest test of their skills.