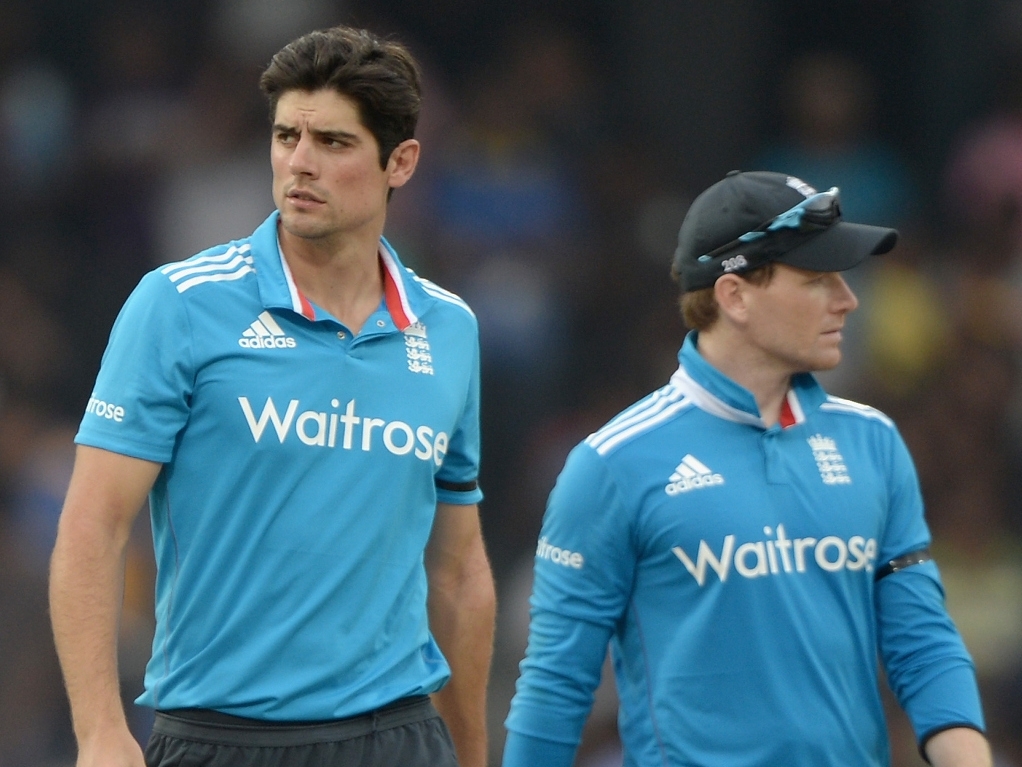 England will be captained by middle order batsman Eoin Morgan in the fourth ODI against Sri Lanka on Sunday, after Alastair Cooked was slapped with a one-match ban.

Cook was suspended for slow over rates, his second offense in the past 12 months, so Morgan will led the side. The former Ireland player has not had the best series though, scoring one, 17, and one.

Coach Peter Moores told the ECB website of his confidence in the batsman: "Eoin Morgan will captain the next game. He's a good player, crikey.

"He'll have been through periods when he's not quite hitting it (as he'd like). But he's the sort of player we're very excited about.

"The key is to believe in yourself, and go out and play – and Eoin will do that, I'm sure."

Of Cook's suspension, Moores looked on the bright side in that this freed Cook from worrying during the World Cup, and Moores also said Cook had looked much better with the bat in the third ODI, making 34 runs.

Moores added: "It's a shame for Alastair. I thought he played beautifully last night… he timed the ball really well.

"But one thing is that it cleans the slate for him, before we go to a World Cup – because he had that ban hanging over him."