Home Countries England Morgan: ‘Half the guys couldn’t believe it’

Morgan: ‘Half the guys couldn’t believe it’ 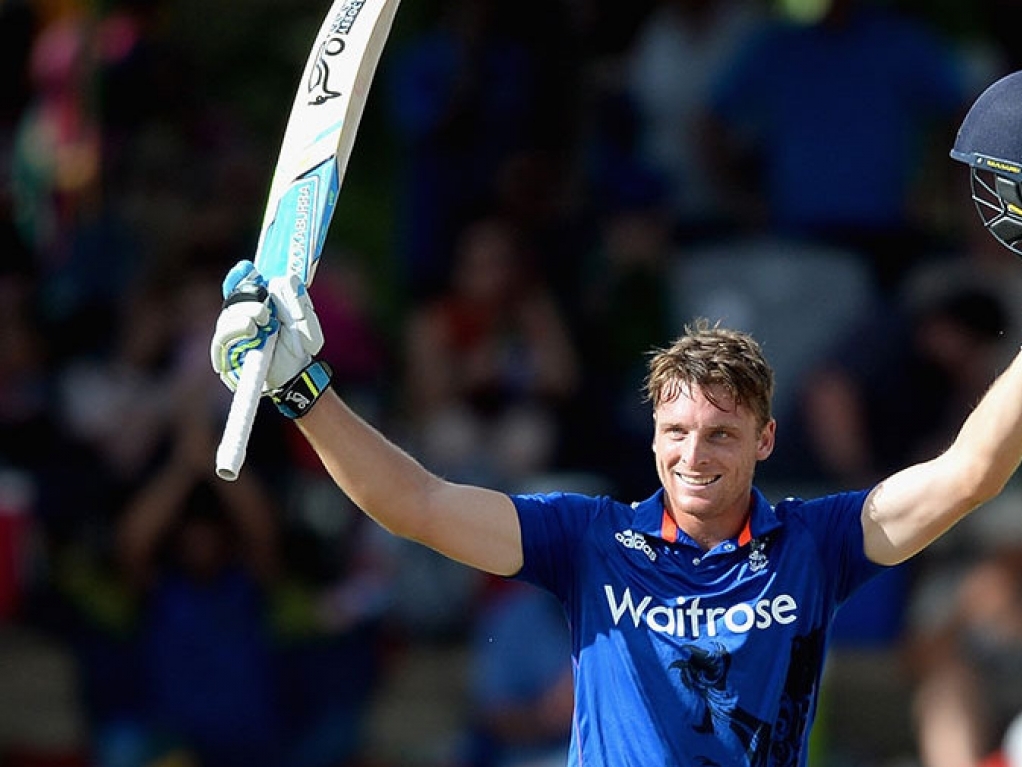 England captain Eoin Morgan says the dressing room was in awe of Jos Buttler's efforts with the bat in the first ODI against South Africa, and that his quick hitting is not something they're used to.

Buttler holds the record for the three fastest ODI centuries by an England batsman, and this one in Bloemfontein was relatively slow for him, coming off 73 balls. It was his fourth, and slowest ODI ton.

His 105 saw England amass 399 for nine, their biggest ODI score away from home, and they went on to win by 39 runs (D/L method) as the rain ended the match. South Africa were going well on 250 for five after 33 overs.

Morgan told ecb.co.uk after the match of Buttler's innings: "The reaction was, half the guys couldn't believe it.

"We watch it in the nets all the time and we saw it in the UAE and we've seen glimpses of it at home but today he was different class.

"The reason for promoting him (up the order to four) was because we have a very flexible batting line-up.

"We were flying at around eight-and-a-half (runs per over) at one stage and it felt right to promote him up the order.

"He's one of our only players who has the capabilities to score a 40 or 50-ball hundred. The timing of it just seemed right."

Another special effort on the night was a catch on the boundary by Ben Stokes to remove Proteas danger man AB de Villiers. Stokes took the catch well past his body, with one hand, as it headed for six.

Morgan added: "I was at extra-cover and I couldn't believe it. It went like a tracer bullet and he somehow clinged on to it with one hand.

"It reminded me a little bit of the catch in Cardiff to get rid of Glenn Maxwell in the T20 game which turned the game for us and again the wicket of AB de Villiers is obviously a high-prized wicket.

"To get it in that fashion was very good."