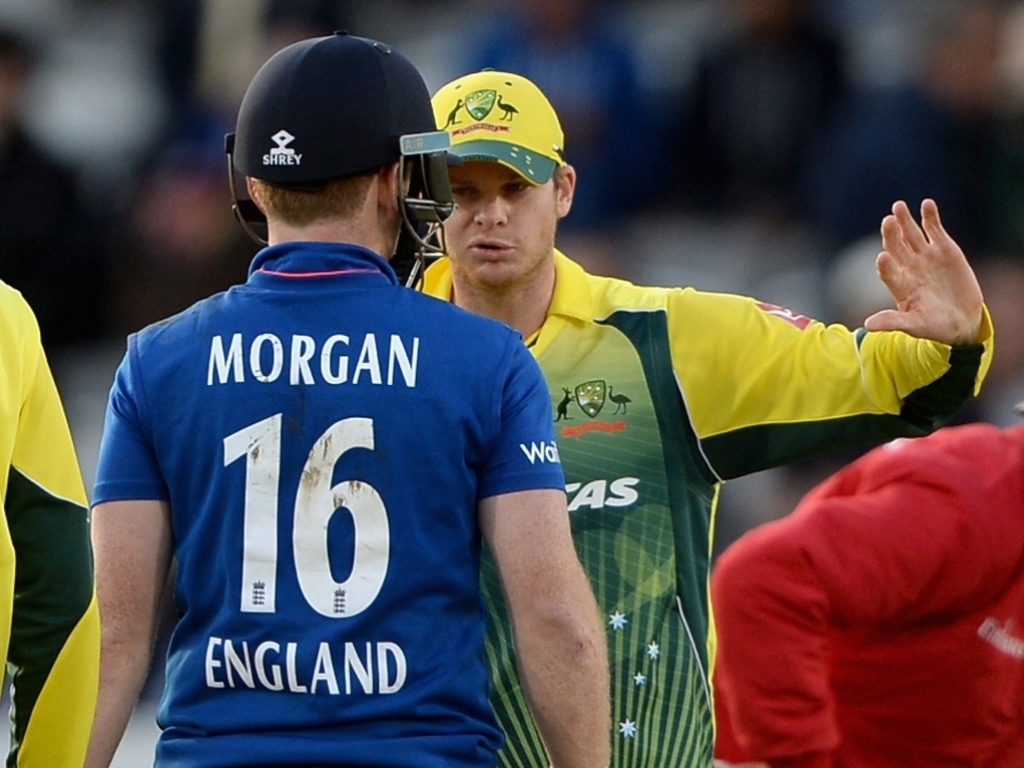 England captain Eoin Morgan says that while the Indian Premier League, and the friendships formed there, is great for the players, it does nothing to remove the tensions between Ashes players.

England and Australia's players have a tense relationship during their Test clashes, and while the players may have fun during IPL season and get along well, the bigger picture is never lost.

Morgan said on the CA website: "This rivalry has shaped up over a century of intense cricket, since the start of the game, in fact. It has always been there.

"So it isn't a case of it building up or coming down, it is there regardless of what kind of cycle the teams are in or how international cricket is shaping up.

"It is a rivalry where previous success doesn't matter. Whether you are playing in the Ashes or playing against Australia in a World Cup, the stakes are always high."

This year saw an increase in England players in the IPL, with the ECB eager to improve their T20 skills, though Morgan has been a part of it more than most. He hopes that this trend will continue.

He added: "With the passage of time, I think we will see more and more English cricketers play in the IPL. This year in particular there have been huge moves to get more players involved in this tournament, and not just here, you can also see the same in the Big Bash League.

"The likes of David Willey, Michael Carberry, Jos Buttler, so on, and myself, we are involved in franchise cricket there.

"I am also hopeful that we will have our own franchise-based T20 competition sooner rather than later, and maybe we can replicate something like the IPL or BBL back in England."