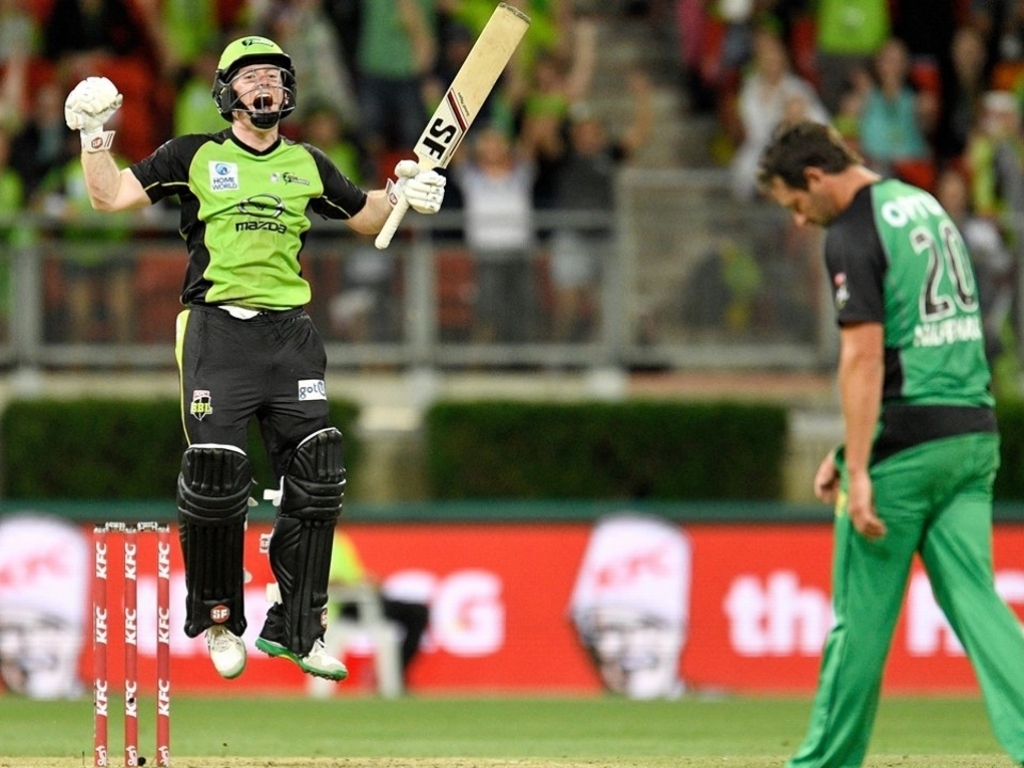 In the final match of his BBL stint Eoin Morgan has played a gem of an innings and smashed a six off the final ball to give the Thunder their first win of the campaign.

Morgan will soon depart for India where he will lead England in the ODI and T20I series against India and he received a timely boost in the Bash.

The England skipper hit an unbeaten 71 to rally the Thunder from an almost hopeless position to record a six wicket victory over the Melbourne Stars.

The Stars had set the Thunder 167 to win after making their way t 166 for 8 thanks largely to their top three.

Glenn Maxwell smashed 34 off 22 balls at the top of the order with Luke Wright chipping in with 25.

Kevin Pietersen was in sublime form with the former England captain hitting 60 off 37 but his dismissal would spark a bit of a collapse from the Melbourne outfit.

None of the rest of the Stars could get past twenty with Shane Watson finishing with figures of 3 for 23 from his four overs.

The Thunder slipped to 43 for 3 in reply before Morgan and Ben Rohrer got things back on track.

When Rohrer went for 20 the Thunder were 84 for 4 needing 83 to win off 43 balls but Morgan remained calm and took the game deep.

Morgan smashed the final ball of the penultimate over for six to leave the Thunder needing 16 to win off the last six balls.

His partner Pat Cummins hit a six before surrendering the strike to Morgan who would take two to leave the team needing five to win or four to force a super over.

Morgan smashed a full ball straight down the ground for six to win it at the very last.