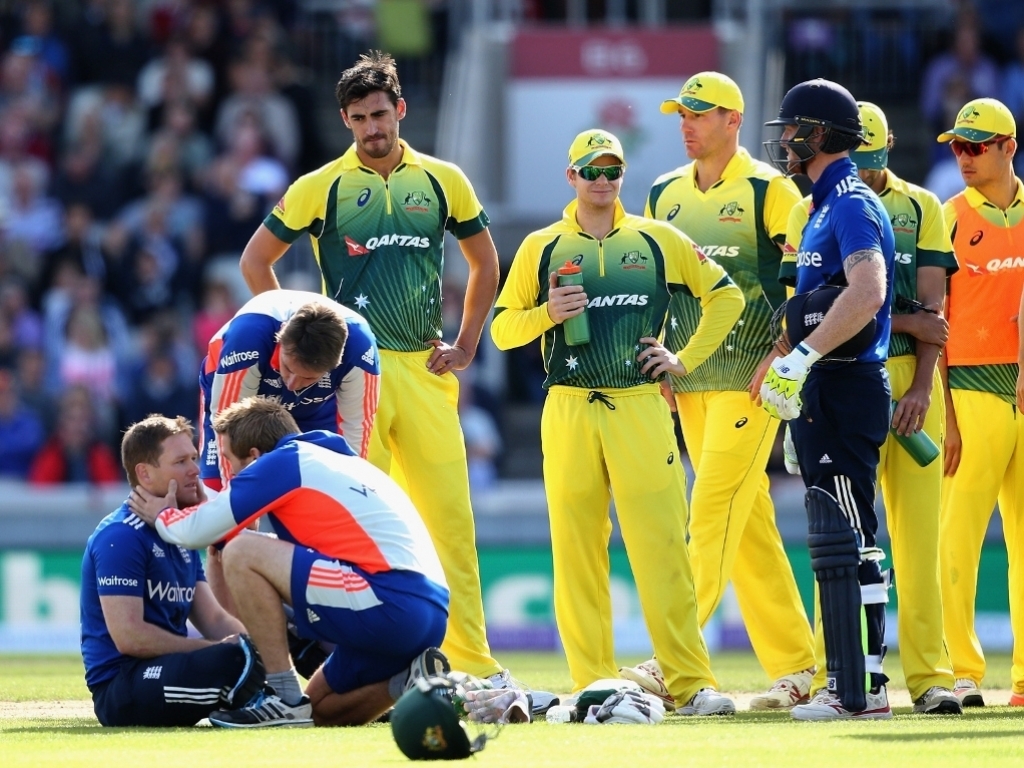 England ODI captain Eoin Morgan has been forced to miss his county Middlesex's final Championship fixture, as he has not yet recovered from the blow to the head he suffered in the ODI series against Australia.

Morgan was hit flush on the helmet by Aussie paceman Mitchell Starc during the fifth ODI, and was forced to retire hurt after treatment on the field, though he did walk off under his own steam.

He had hoped to play in his county's final fixture of the season, but the medical staff decided he had not been symptom-free for seven days in a row, and said he had to miss the match.

Middlesex director of cricket Angus Fraser told ESPN: "Unfortunately Eoin was still a bit groggy and fuzzy when we assessed him last week.

"He is absolutely fine now and I'm sure he would be available to play if there was another fixture next week."

Aside from the horrible reminder the Australians had of Phillip Hughes' death, it was the latest in a string of incidents this year, with former Test opener Chris Rogers also being stuck on the lid more than once this year.