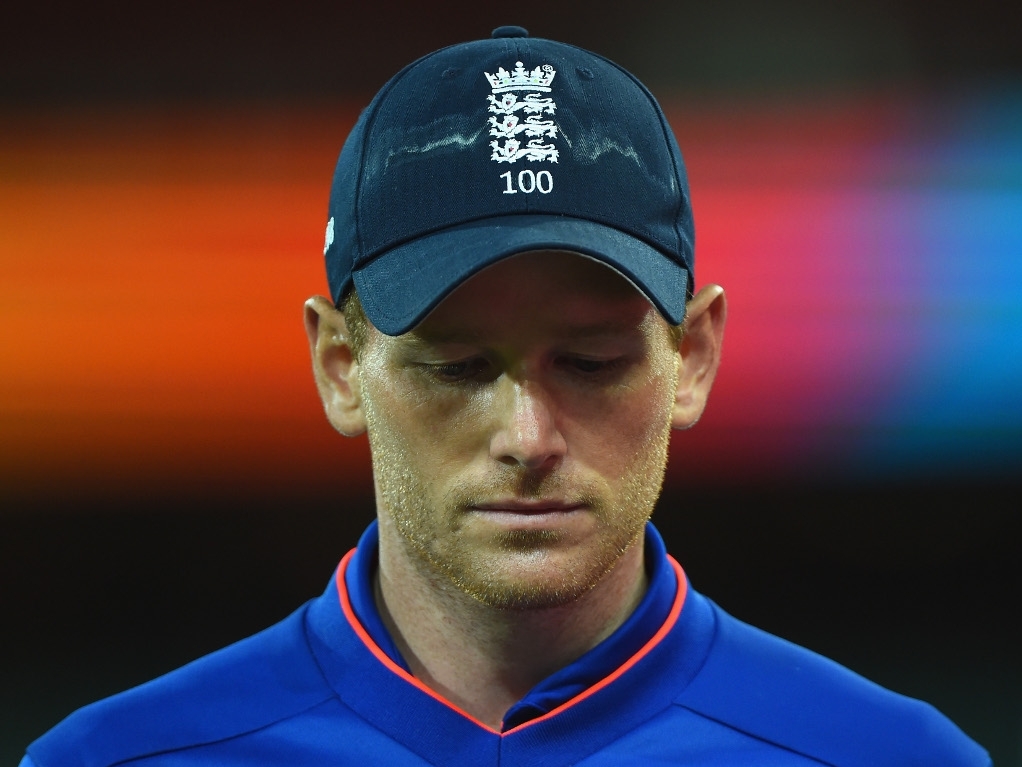 England captain Eoin Morgan cut a dejected figure after the side's loss to Bangladesh on Monday, which saw them knocked out of the World Cup, and said he was 'gutted' by the way things had gone for his side.

England lost by 15 runs after failing to chase down the 276 required, after Mahmudullah's century rescued the Tigers when they were four down for less than 100 runs. England were all out for 260 thanks to a Rubel Hossain four-fer.

Morgan, who was made skipper a short time ahead of the World Cup, recorded a duck against the Tigers, his fifth in nine knocks, which was indicative of his side's woes. For one of the richest sides in cricket not to advance was clearly distressing for him.

A visibly upset Morgan said at the post-match chat: "It's pretty poor to be knocked out this early from a World Cup. Unbelievably disappointing.

"I thought the guys bowled well at half time, especially with the short boundaries and the way the wicket played. We bowled reasonably well, but we couldn't quite match it up with the bat. I can't pick where it went wrong. I am gutted at the moment."

England only have one win now, with a game to play, having beaten Scotland, but Morgan insisted that despite the heavy defeats to Australia, New Zealand and Sri Lanka, they had still been fighting hard.

"Again, the changes we made at the start of the tournament were necessary. The two again we made today were also necessary (dropping Ballance and Finn). We had gone four games into the group stages without the results we wanted.

"It ultimately comes down to the performance, and some of them did, but not all of us as a unit. We have tried to address the problem, but obviously it hasn't worked. Our expectations were higher than the way we performed, so it is obviously disappointing."

When asked about the plan for once they get home, Morgan (who has an IPL deal to go to) said: "No idea what will happen from here. Again, there will be an inquest over the next few weeks to see what went wrong, and then we will go from there."