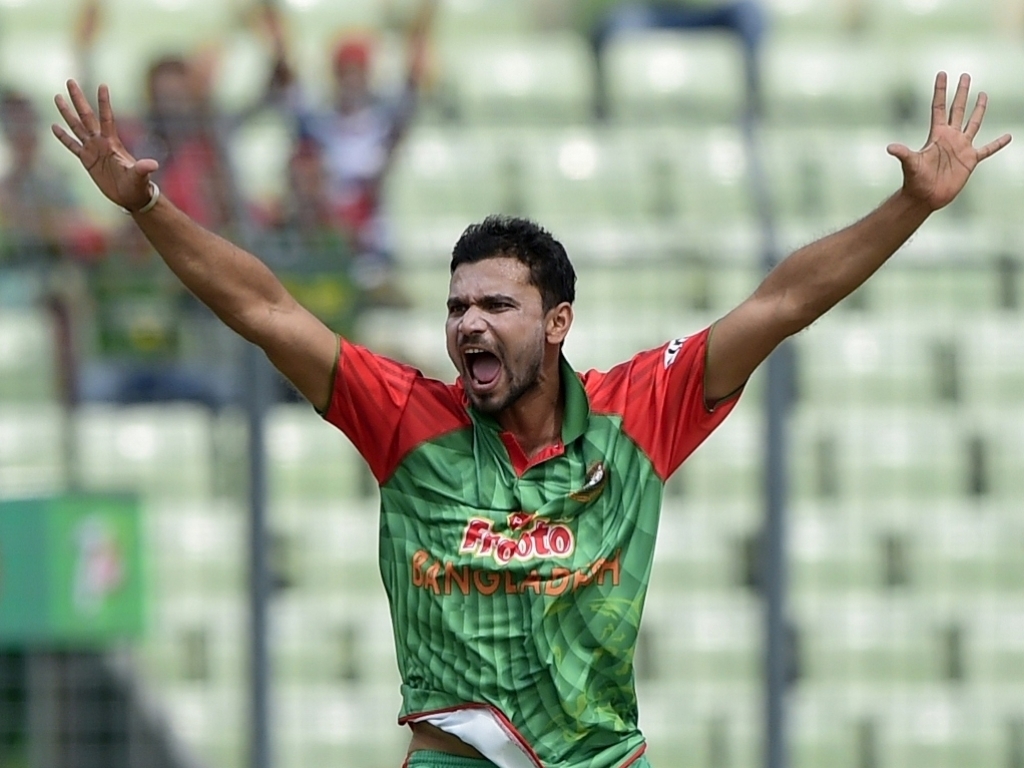 Bangladesh captain Mashrafe Mortaza was the epitome of joy after his side thrashed South Africa by nine wicket in the third OFI in Chittagong, saying their dreams of beating big teams were finally coming true.

Bangladesh have been on a steep upward trajectory this year, winning series against Pakistan, India and now the Proteas, and in the latter coming back from a game down to win the last two matches.

Mortaza, one of the elder statesmen of the side after starting his career as a teenager, cautioned getting ahead of themselves, but still revelled in the fact that his side had never beaten the Proteas in a series, until now.

A jubilant Mashrafe said after the match: "We used to dream of beating big teams. Now we are beating them.

"After some time we will realise that as a professional team we should all have our feet on the ground. We should maintain discipline because there will be a lot of tough challenges coming up.

"I knew that if we have a good World Cup, we will be set up for the rest of the year. That's what has happened. We have four Tests coming up and I will hope these series win will help us."

He added of beating the Proteas, especially after being a game down: "It is special. I said previously that when a team starts losing a few matches, there's talk from outside and the team goes under pressure.

"Many of my team-mates are young. It was important to see how they can turn around. I think it is a sign of a good team how we have made a comeback. Credit goes to the boys and team management.

"Beating a big side is different than beating weaker teams. It's always important to hold on to the momentum. We have done so since the World Cup, through the Pakistan and India series.

"We made a brilliant comeback against South Africa after three losses. It was much needed. It shows character."

The Tigers must now face the Proteas in the Test arena, which will be a much tougher prospect as the visitors are the top ranked side for good reason, and very rarely lose Test series away from home.