Home 2015 World Cup Mortaza: We have set the tone

Mortaza: We have set the tone 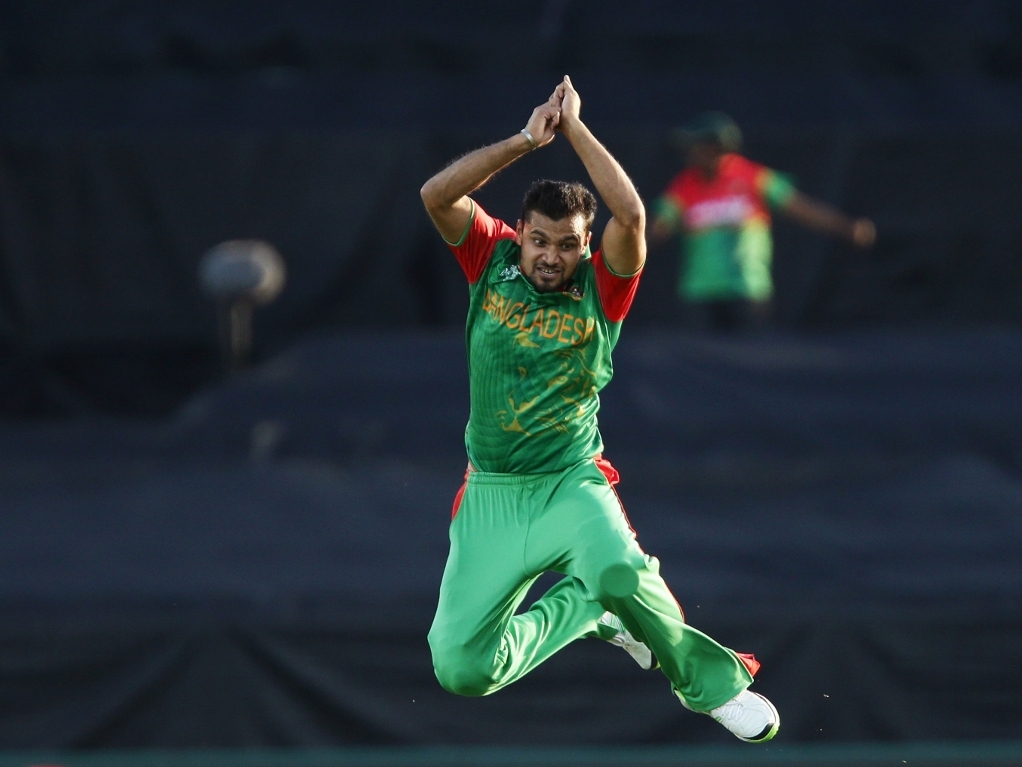 Bangladesh captain Mashrafe Mortaza described the win in their first match of the World Cup, over Afghanistan, as a 'great moment' and feels they have now set the tone for the rest of the global event.

The match was in the balance at 119 four, but a 114 run partnership between wicketkeeper Mushfiqur Rahim and allrounder Shakib Al Hassan guided the Tigers to a score of 267 all out.

They then reduced the Afghans to three wickets down with just three runs on the board as they stamped their authority on the cricketing minnows. They eventually bowled them out for 162, to cruise to an easy win.

Mortaza, who took three wickets in nine overs, paid tribute to Mushfiqur and Shakib for their partnership. The skipper, who had some family members in the stands, said the first match was always important.

He said: "My father is here, my uncle is here… it is a great moment. Definitely, the first match is important and we have set the tone.

"We had a reasonable start today. Mushy (Mushfiqur Rahim) and Shakib (Al Hasan) were brilliant. It was that kind of match where you have some pressure. I am happy we adapted."