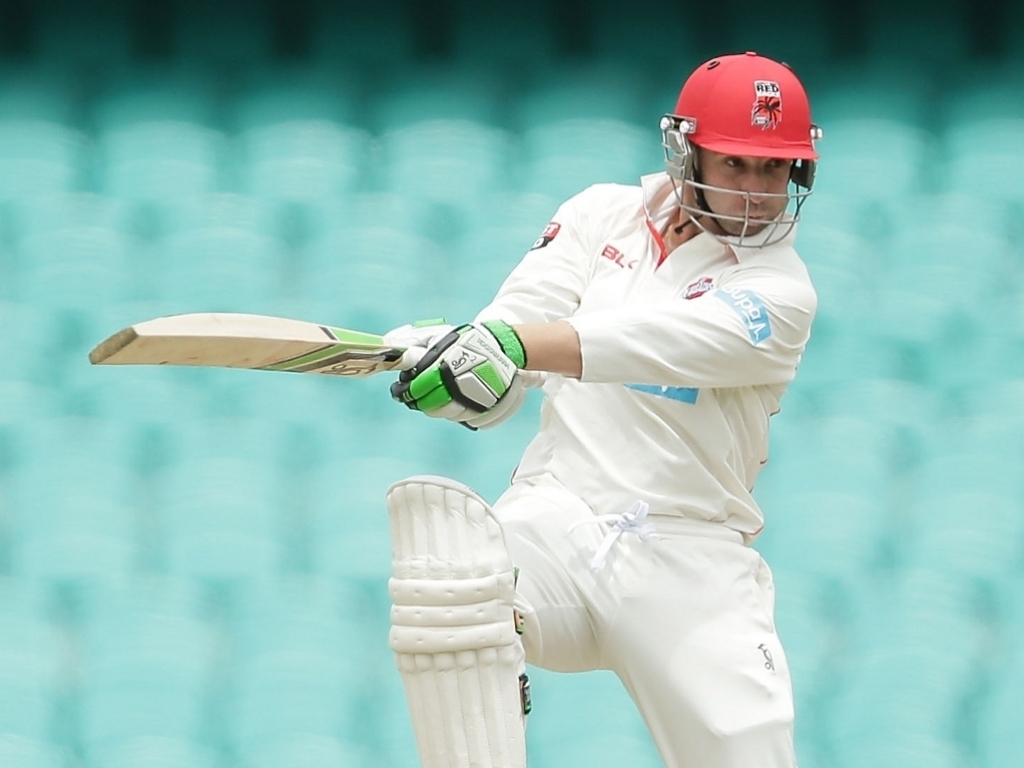 Mourners, led by Australian cricket captain Michael Clarke, are converging on the small rural town of Macksville ahead of Wednesday's funeral service for Phillip Hughes, as the test batsman's birthplace becomes the epicenter of a nation's grief.

Clarke arrived in Macksville by helicopter Monday and will act as a pallbearer at the funeral, which will be attended by past and present cricketers from throughout the world, as well as by politicians and other dignitaries, and televised live throughout Australia.

Hughes' former Australian test teammates will be present to pay their last respects and to further express the grief that has wracked the team since the 25-year-old batsman died Thursday, two days after being hit in the head by a short-pitched 'bouncer' delivery during a domestic match at the SCG.

More than 5,000 mourners are expected at the service in Macksville, which has a population of less than 3,000 people. They will include many of the greats of Australian and world cricket, and representatives of most cricketing nations. There will be three Australian captains and greats Shane Warne and Glenn McGrath, Sir Richard Hadlee from New Zealand, India's stand-in captain Virat Kohli, team director Ravi Shastri and coach Duncan Fletcher.

Geographically and emotionally, the Australian players will be far removed from the Adelaide Oval where the first test of a rescheduled four-test series against India is due to begin Dec. 9.

The series was to start as Brisbane's Gabba ground on Thursday, but was deferred and the scheduled second test at Adelaide was brought forward as Cricket Australia and the Board of Control for Cricket in India rebuilt the series schedule to give players time to mourn.

Cricket Australia chief executive James Sutherland said it was "out of the question" that the players should be expected to play a test match a day after the funeral of a respected teammate and treasured friend.

Sutherland said CA would understand if, for some players, emotions were still too raw next Tuesday to face the challenge of test cricket and any player who felt unready for that match could withdraw without recrimination.

"Any player that is not comfortable or doesn't feel right, or there is medical advice to suggest they're not quite right, then we will obviously understand that," he said. "I'm sure the broader public will understand that as well," he said.

"Understand that we and the Australian Cricketers' Association will be supporting them and nobody will think ill of anyone who feels uncomfortable about it."

Veteran fast bowler Ryan Harris became the first player to publicly express misgivings about playing a test match so soon after the tragic death of a teammate, saying he hadn't yet decided whether he would take part.

Harris said Wednesday's service at Macksville – where the Australian sporting colors of green and gold are adorning stores and public buildings around the town – would be an emotional trial for the Australian players and only after that could they address their thoughts to the test match.

"Let's get through that first. It's going to be pretty bloody hard," Harris told reporters in Brisbane. "It might be a bit of closure or it might take longer.

"The thing is no one knows. No one has been in this situation before, losing a teammate and a very good mate and trying to play a cricket game less than a week later."

Harris said players would "probably like a little bit longer" to reconcile their emotions before facing a test preparation.

"But that is reality," he said. "There's a test series on and there are games to be played, that's what we have to prepare for. But at least we have a date to work towards."