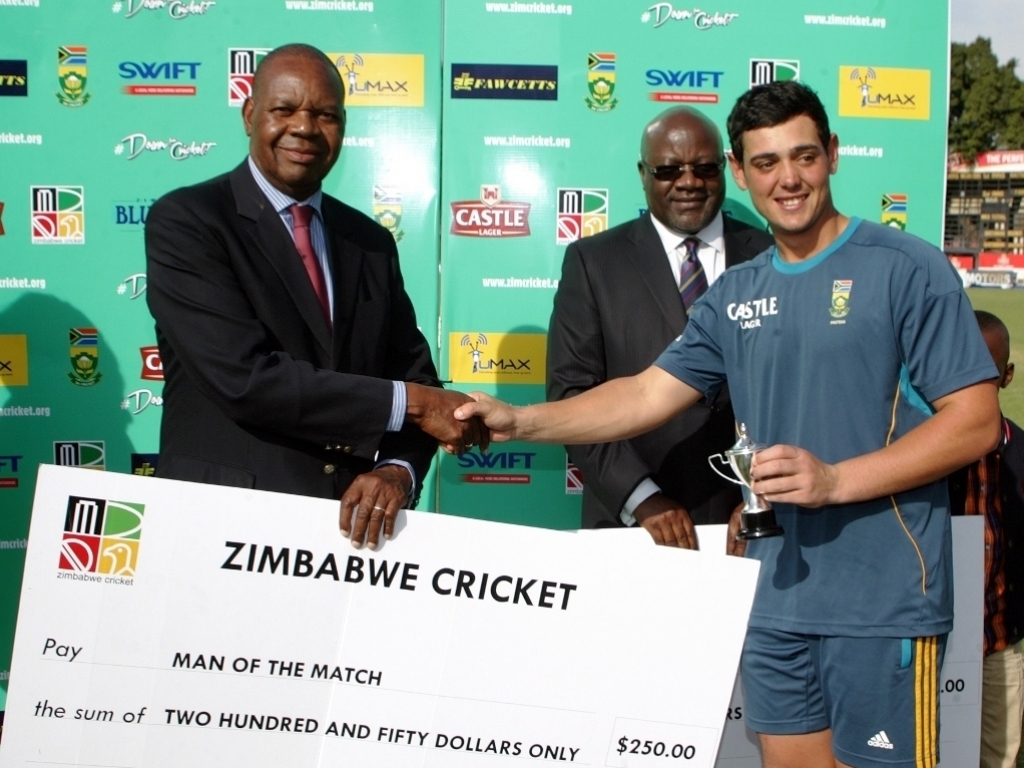 Mukondiwa who will reach the retirement age of 65 later this month will effectively step down from his role on 14 June 2017.

He has been the ZC managing director since 2012, having joined the organisation in 2003 as general manager for human resources and domestic cricket. The former University of Zimbabwe registrar has served ZC for a total of 14 years during which he also held the positions of general manager for human resources, board secretary and deputy managing director.

Mukondiwa said: “I have had an enriching experience at ZC and in the sporting industry in general and I am grateful for that.

“My tenure was punctuated with various challenges which I believe, if all stakeholders were united and shared a common sense of purpose, are not insurmountable but of a temporary nature.

“In that regard, it is gratifying to see the player base growing and young players coming into the limelight. This is a positive development for the future.

“As I leave the organisation, I am sure I will enjoy my retirement knowing full well we have laid out a solid vision and put in place systems to ensure ZC is operationally sound and well-positioned for success.”

He added: “I wish to thank the ZC board for the support they gave me during my tenure. I am also indebted to the executive, staff members and players for their hard work and dedication. Last but not least, I wish my successor well.”

His successor will be the Pakistan-born Hasnain, who left his job as the ICC’s chief financial officer in December 2016. The 56-year-old finance and management expert was with the ICC for 12 years in two stints. Apart from the United Arab Emirates, he has also worked in England, Pakistan and Saudi Arabia.

ZC chairman Tavengwa Mukuhlani said: “On behalf of the ZC board and the entire organisation, I would like to acknowledge Mr Mukondiwa’s invaluable contributions to the game of cricket, in particular his leadership during a challenging period for both the organisation and the country.

“While we regret losing Mukondiwa’s active leadership and guidance, the board is pleased to appoint Hasnain to the role of managing director. We believe his impressive résumé, experience and desire to succeed equip him well for the challenges ahead, and we are confident that he will build upon the strong foundation that Mr Mukondiwa is leaving.”