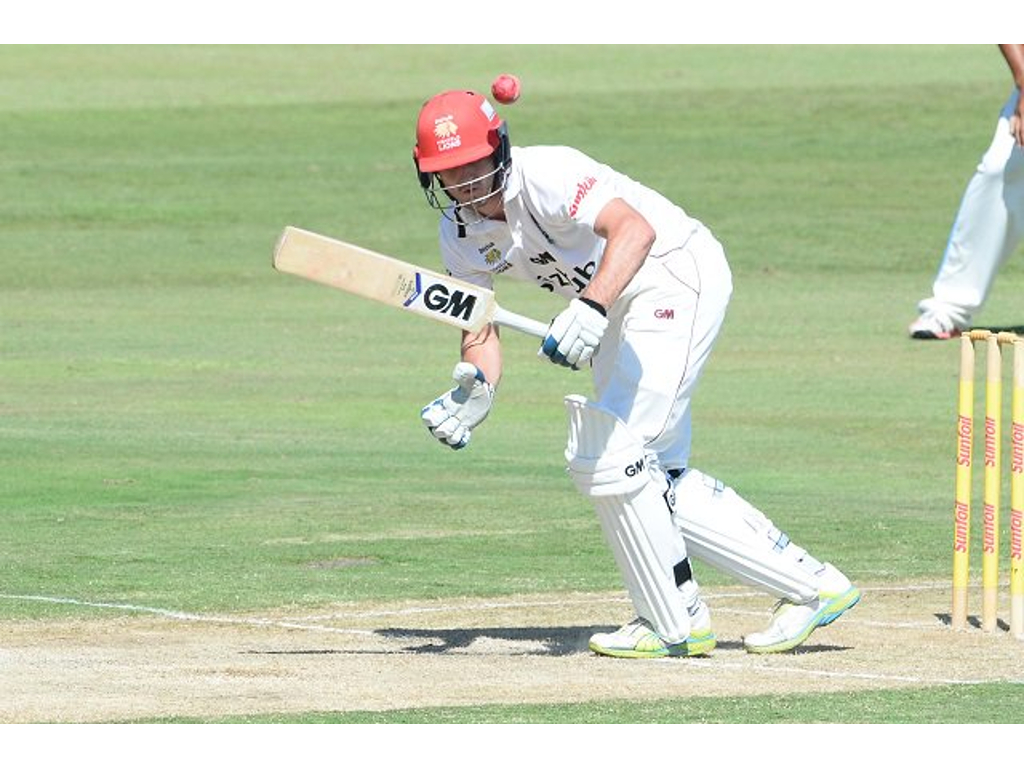 A career-best century from Wiaan Mulder ensured the Highveld Lions enjoyed a much better day three of their Sunfoil Series derby against the Titans at SuperSport Park in Centurion on Saturday.

Mulder, who is only playing his ninth first-class game and was on stand-by for the Standard Bank Proteas earlier in the week, helped rescue his team from 212 for six at one stage.

He shared in a seventh-wicket partnership of 96 with Nicky van den Bergh (94 off 189 balls, 15 fours) allowing the Lions to put up a bold fight following the Titans’ first-innings 452 for seven declared.

Debutant Migael Pretorius was the pick of the bowlers with three for 78, while Shaun von Berg collected three for 109.

The home side then found themselves on trouble on 30 for two after Dwaine Pretorius dismissed Heino Kuhn (8) and Tony de Zorzi (9) was run out. But Jonathan Vandiar’s 27 kept the away side at bay in the closing overs.