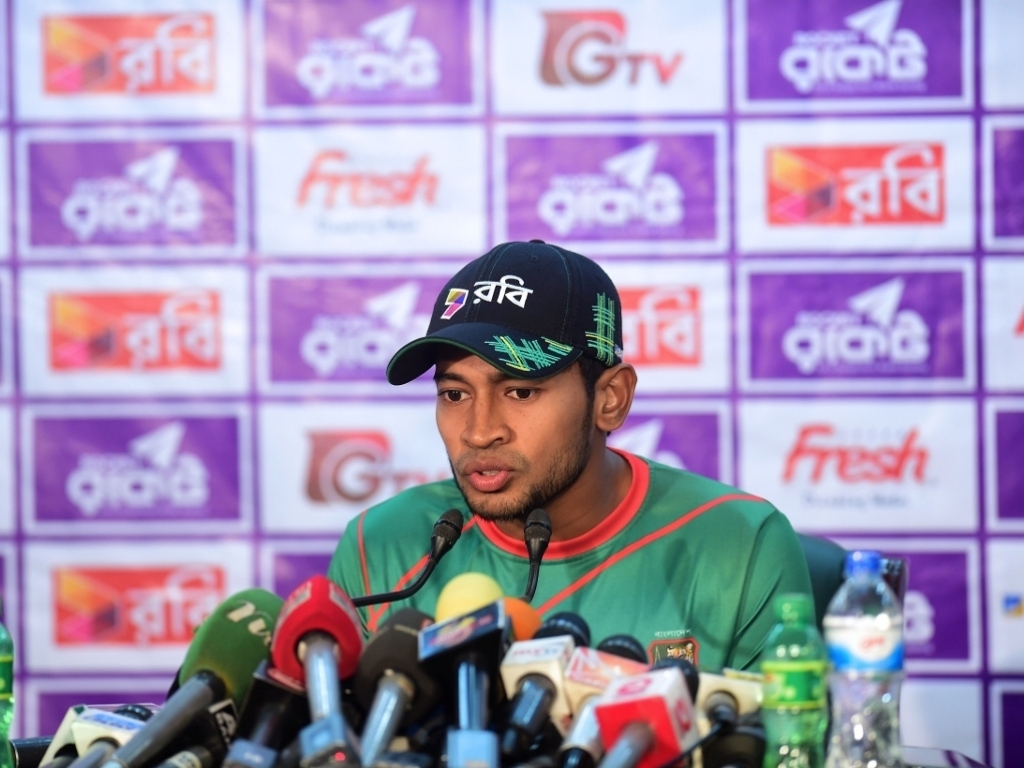 Bangladesh skipper Mushfiqur Rahim has said that the first Test against Australia doesn’t have a clear favourite.

The sides haven’t met in the longest format of the game for 11 years and there are a lot of uncertainties heading into the opening day on Sunday.

Australia have been deprived of a warm-up game by monsoon rains that washed out their clash with a BCB Board XI while Bangladesh have played no cricket since the end of the Champions Trophy.

Speaking from Dhaka Mushfiqur said: “It is hard to say who’s favourites.

“We have more experience of these conditions than them, but they may also know how to play here. They won the first Test against India earlier this year. I think the two teams have 50-50 chance in this Test match. We have a relatively inexperienced bowling line-up than theirs. I think they have some experienced batsmen and bowlers.

“We have the belief that we have the players to turn around from a difficult situation. We have to start well since we are playing a Test after a gap, especially at home. It won’t be easy playing against Australia who are a very professional side. We rarely get to play against such a top-quality side, so we want to make good use of this opportunity.”

Some have questioned the scheduling of the tour with the first match falling inside the monsoon season and putting the fate of the game in the hands of the weather.

The skipper said that the rain will have had an impact on the preparation of the pitch.

He said: “It is hard to predict what will happen in the Mirpur pitch.

“The weather condition is quite different in this time of the year. But it is the same for both teams but we will have a better idea of what it will be like. How we apply ourselves will be more important.

“We can talk about the wicket at the end of the Test match. It was tough to prepare the wicket because of all the rain. The first innings will be crucial, whether we are batting or bowling.”