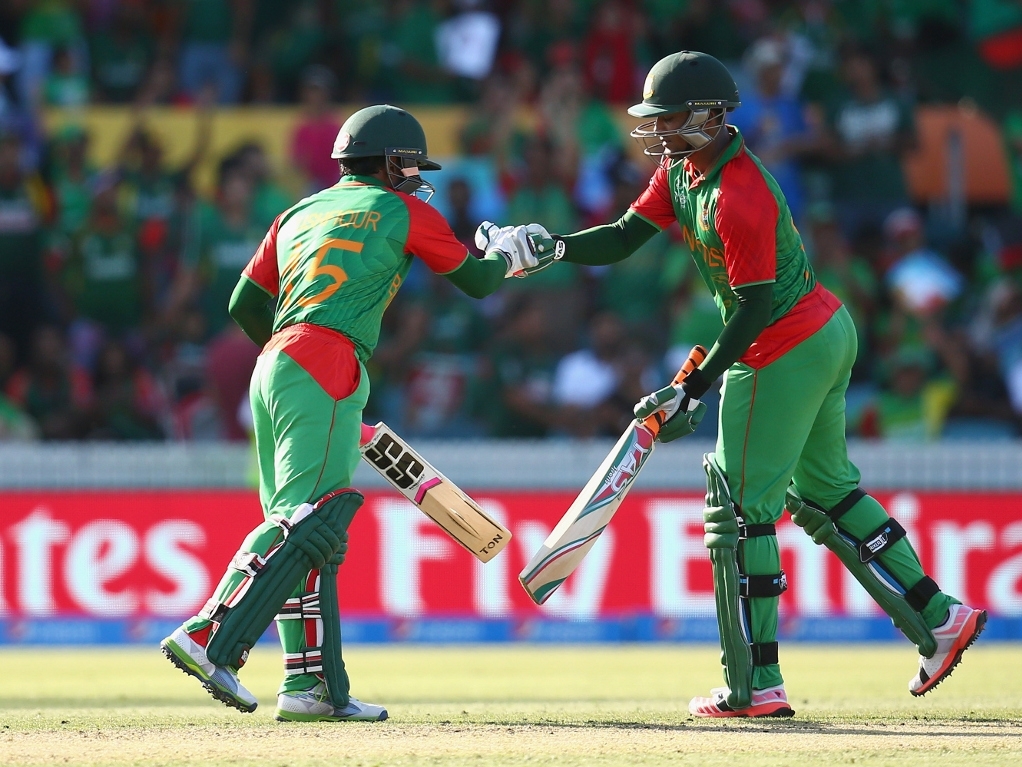 Wicketkeeper Mushfiqur Rahim and allrounder Shakib Al Hassan were the main architects, with the bat, as Bangladesh beat Afghanistan by a comfortable margin of 105 runs in Canberra on Wednesday, in what was both teams' first outing at the World Cup.

Mushfiqur and Shakib came together when Bangladesh were 119 for four, with the innings far from secure, and Afghanistan sensing an opportunity to dismiss the Tigers cheaply.

The pair launched a counter-attack that yielded 114 runs in just over 15 overs, at a run-rate of more than seven to the over, and guided Bangladesh to their eventual total of 267 all out, after they won the toss and chose to bat.

Wicketkeeper Mushfiqur made 71 from just 56 balls, including six fours and one six, while the left-handed Shakib contributed 63 from 56 balls.

It was by no means a winning total, but it was a total the bowlers were far more comfortable to bowl at after the start the batsman made. The Tigers top four batsman all looked solid, but no-one pushed on to bat through the innings.

The Afghan bowlers did well collectively until the Shakib-Mushfiqur partnership took the game, and probably their belief, away from them. The pick was probably seamer Mirwais Ashraf who took two wickets but went for just 32 runs in nine overs, including three maidens.

Afghanistan's chase got off to the worst possible start when they were reduced to three for three after three overs, thanks to some inspired bowling from paceman Mashrafe Mortaza, who took two of the three wickets.

In the process of trying to stabilise the innings, Nawroz Mangal (27) and Samiullah Shenwari (42) tried to stage a recovery, but that recovery ate up lots of balls as the asking rate climbed beyond Afghanistan's reach.

Skipper Mohammad Nabi showed some defiance late in the game with an innings of 44 from 43 balls, but it was not enough as his side were bowled out for 162 in the 43rd over.

Mortaza finished with figures of three for 20 from nine overs and Shakib ended a good day personally by taking two wickers.