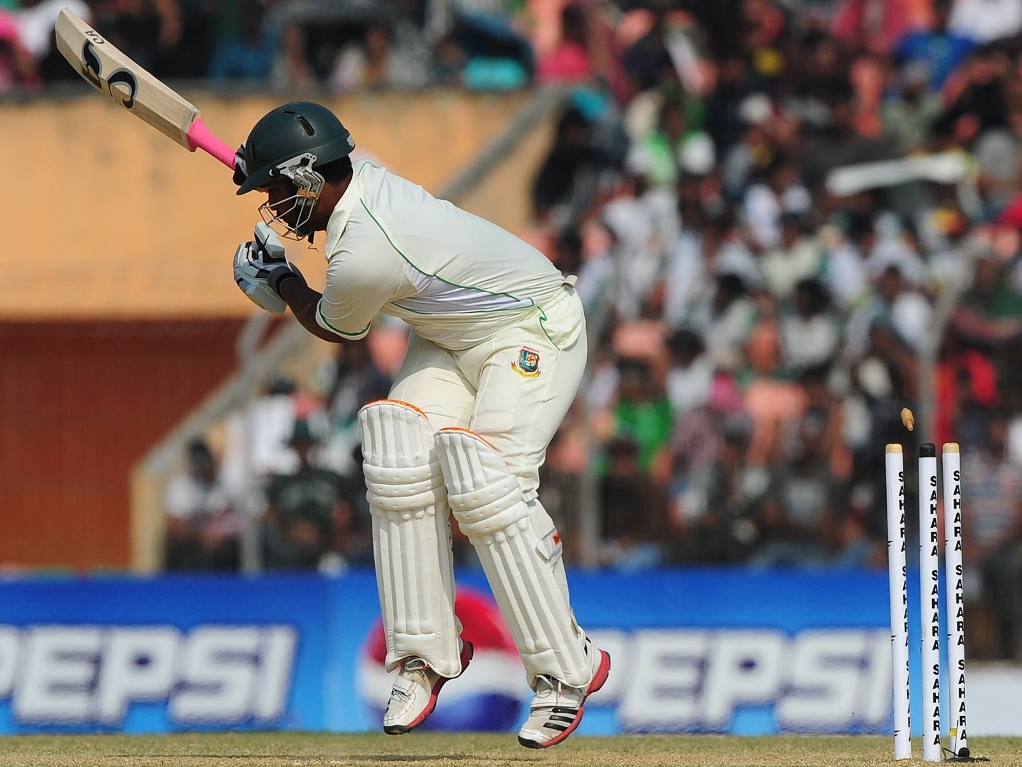 Bangladesh captain Mushfiqur Rahim hopes his batsmen will be much more focused when taking on Zimbabwe in the second Test, after nearly throwing away an easy chase in the first game in Dhaka.

The Tigers won by three wickets, but they only had a target of 101 and at one point were three down for no runs on the board. Rahim said he wanted his top order to take advantage of an easier Khulna pitch to up their runs.

"We are trying to improve our concentration. We are trying to focus in a way that if someone gets 50, he should score another 50 for the team. If the batsman can do it, he will get a hundred and the team will also benefit.

"Our top-order batsmen were a bit attacking. We just hope they will play their normal game."

He added: "Zimbabwe is not an easy team. You saw in the last Test they only had 100 runs to defend yet they gave a good fight. They also know now the strength of our bowlers, who bowls in which line, similarly we know the weakness of their batsmen, who got out how.

"We will try to plan that way. Last Test ended in three days, but if we expect the same here it will be a mistake. I think they are now better prepared. But we are also ready mentally. If we need to fight till the last ball of the fifth day for a win we are ready for that."

He added that he was well chuffed with his spinners, and that he wasn't worried about his bowling attack at all, even without Sohag Gazi due to a chucking ban.

Rahim said: "There is a difference between our spin attack and their spin attack. We have a world-class bowler like Shakib Al Hasan, plus Taijul has claimed two five-fors in four Tests. Likhon [Jubair Hossain] is also in fine form.

"Their spinners are inexperienced, which we saw in the first Test, they gave three-plus runs an over. Our aim will be attacking their inexperienced bowlers. We are mainly worried about our batting."