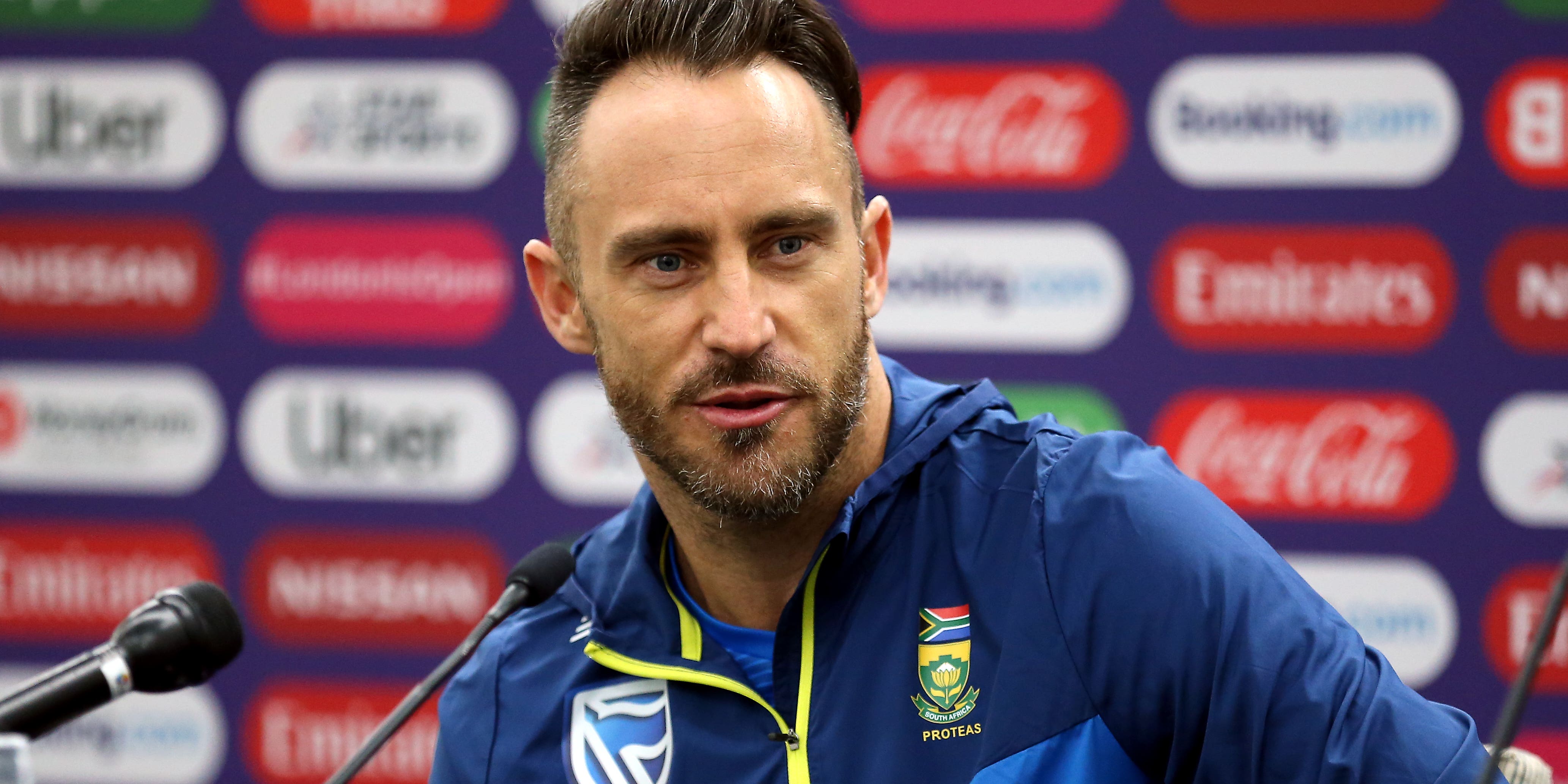 Former South Africa captain Faf Du Plessis has retired from Test cricket and will focus on the Twenty20 game.

Du Plessis said in a statement: “It has been a year of refinement in the fire for us all. Uncertain were the times, but they brought clarity for me in many respects.

“My heart is clear, and the time is right to walk into a new chapter. It has been an honour to play for my country in all the formats of the game, but the time has come for me to retire from Test cricket.

“The next two years are ICC T20 World Cup years. Because of this, my focus is shifting to this format and I want to play as much of it as possible around the world so that I can be the best player I can possibly be.

“I strongly believe that I have a lot to offer to the Proteas in this format. This does not mean that ODI cricket is no longer in the plans, I’m just making T20 cricket the priority in the short term.”

Du Plessis made his Test bow in November 2012, scoring 78 and 110 not out against Australia in Adelaide.

He remains the only South African to have scored a half-century and century on Test debut and was named Proteas’ T20 captain for the following short-format series against New Zealand.

Du Plessis took over the Test captaincy in December 2016 and assumed the role full-time in all formats of the game in August 2017.

He relinquished the Test captaincy of the Proteas 12 months ago, but posted his best score of 199 – his 10th Test hundred – just seven weeks ago in the Boxing Day Test against Sri Lanka at Centurion.

“If someone had told me 15 years ago, that I would play 69 Test matches for South Africa and captain the side, I wouldn’t have believed them,” Du Plessis said.

“I stand in a place of utmost gratitude for a career full of blessings bestowed on me.

“Every high and low has shaped me into the man I am proud to stand as today. In all things, those instances worked towards the good of who I believe I am today.”

On his future, Du Plessis: “I will be in conversation with CSA (Cricket South Africa) over the next couple of months on what the future might look like for me over the next year to find a solution that works for both of us.

“For now, I would like to take this opportunity to thank each and every person who had an influence on my Test career.

“I would like to single out my wife and family in particular – I would not have been able to do without their support during the unforgettable journey that Test cricket has taken me on.

“To my coaches, team-mates and support staff over the years, I would also like to give a note of thanks and of course, to Cricket South Africa for the opportunity to be able to represent and lead my country in the pinnacle of the game we all love. It has been an incredible journey, with many stories that I look forward to one day sharing.”

CSA director of cricket Graeme Smith said: “Faf has been a prolific Test cricketer for the Proteas for a number of years now and to lose him in this format is going to leave another big gap in the team.

“His commitment to the team has always been undoubtable and his transparency with Cricket South Africa about his plans has always been appreciated and we respect his decision, knowing he would not have come by it easily.

“I would like to thank Faf on behalf of CSA for his years of service and dedication to the Proteas’ Test team and we look forward to engaging further with him on how he can continue contributing to the team in a meaningful way.”