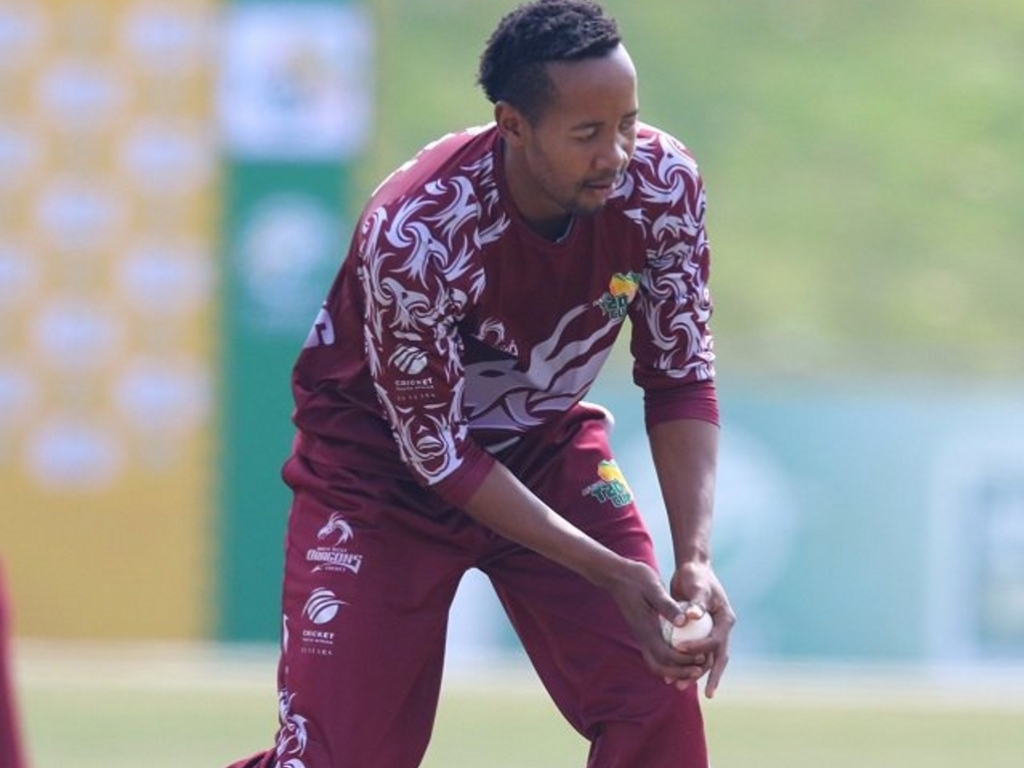 North West Dragons fast bowler Ayavuya Myoli had a day to remember in his latest Africa T20 Cup outing against Namibia at the City Oval in Pietermaritzburg on Saturday.

The 26-year-old set his team up for a six-wicket win after a match-winning spell of 3/20 in four overs.

After conceding six runs in his first set of six balls, Myoli’s match appeared to be over due to injury. He pulled up with what appeared to be a knee problem running up to bowl his second over.

He then left the field, only to return after treatment and deliver the 10th over, when he claimed the wickets of both set batsmen – Stephan Baard (43) and Helao Ya France (24) – who had given Namibia a flying start at 70/0.

Myoli said afterwards: “There was an incident just before I came in to bowl when I dived in the field to save a four.

“I felt it a bit sore there and then went back to the physio a little bit and he helped me. Then I came back and we won the game.

“It was a good feeling to come back. I came on to bowl telling myself I just need to hit my length. Just help my team finish the game, back my team and be there for the boys. That’s what was on my mind.”

His other wicket was another big one, the Namibia captain Sarel Burger for 2.

The skipper said: “Aya’s been brilliant since he joined us from the coast.

“It always helps to have a wicket-taker up front.

“He had a bit of a scare with his knee there when he was off after one over. Luckily he powered through and got me a few wickets there in the middle.”

The Dragons are now in pole position to reach the semi-finals after topping Pool A with eight points from two matches, four ahead of the Namibians and Western Province, whom they play on Sunday.

“Tomorrow we’ll come back with the same plan and hopefully make it three out of three.”

The final set of matches takes place on Sunday with the start times set at 09h45 and 13h15.