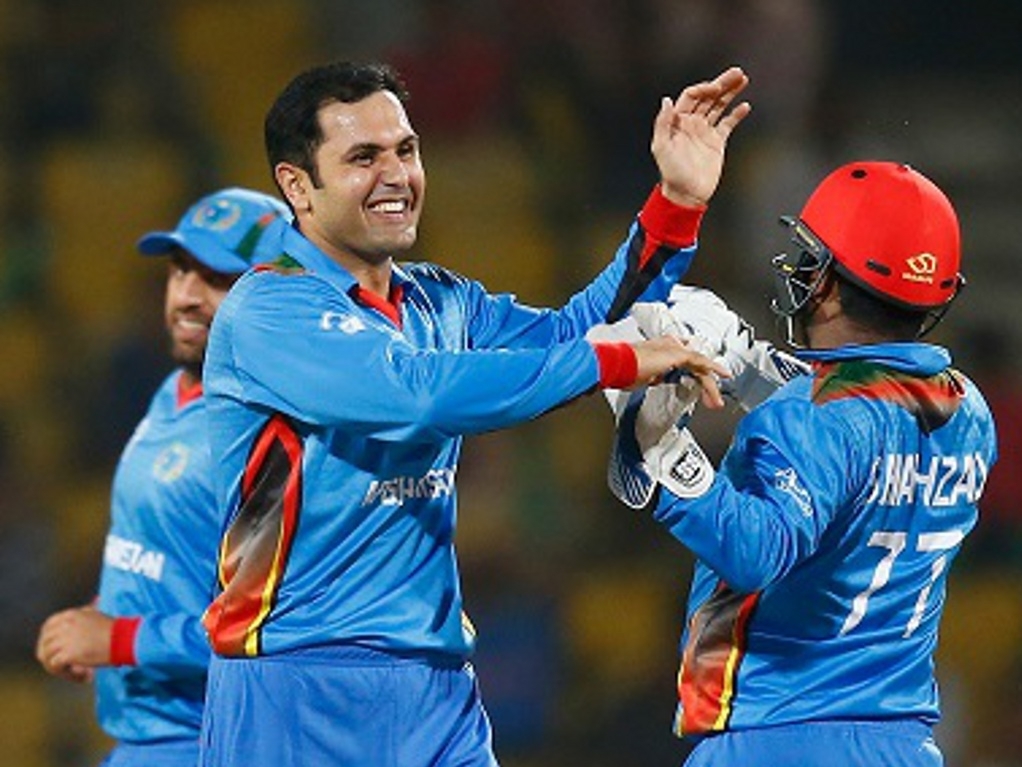 Afghanistan allrounder Mohammad Nabi has declared himself happy after he played a starring role to help his team beat Zimbabwe in the final first round group game on Saturday and qualify for the Super 10 stage of the World T20.

Nabi was named man of the match after top-scoring with 52 as the Asian side posted 186 for six after winning the toss and batting first in Nagpur.

Afghanistan got off to a flying start when opener Mohammad Shahzad blazed 40 off just 23 balls at the top of the order but then last four quick wickets and were in trouble with only 63 on the board.

The right-handed Nabi, batting at number six, then combined with Samiullah Shenwari (43) to put on 98 for fifth wicket to set Afghanistan up to post their formidable total.

The bowlers then did their work, Nabi claiming one for 14 in three overs, as the African side slumped to 127 all out to see Afghanistan win by a hefty margin of 59 runs.

Nabi said after the game: "I am very happy with my performance, specially in this main match and it was a tough game in the qualifying round. The start was very good, the way Shahzad played in the first five overs.

"It was quite good. Then the three wickets put us under pressure, the coach [Inzamam-ul-Haq] told me to take singles until the 14th over and then the last six can be used for the big hits.

"On that kind of pitch, 150 could be a winning target. But if you have wickets in hand, you can go for more. On these kinds of pitches, I'm a bowler first [smiles]"

Afghanistan now join South Africa, West Indies, Sri Lanka and England in Group one of the Super 10 stage of the World T20.