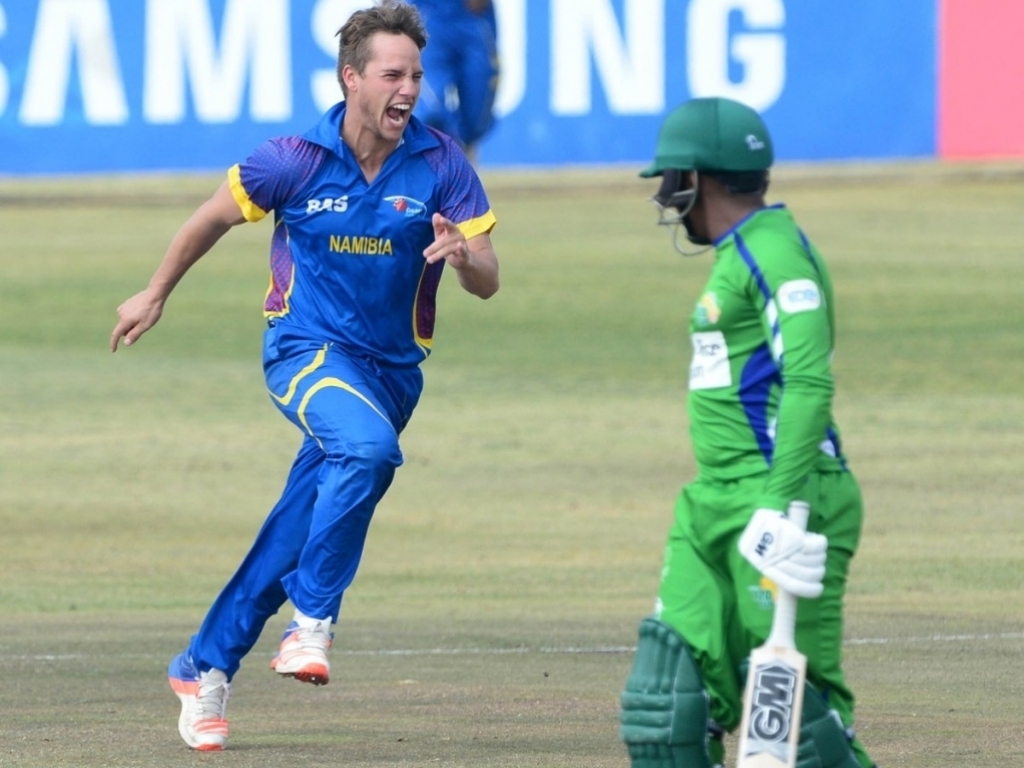 Namibia progressed to the Africa T20 Cup semi-finals for the first time after they crushed South Western Districts by six wickets to ensure they finished top of Pool A at Sahara Park Willowmoore in Benoni on Sunday.

A polished bowling display was key in setting up the win for the Africans, who managed to restrict their opponents to just 104/7, before cantering home with 11 balls remaining.

After 18-year-old Lohan Louwrens shone with the bat on Saturday, another teenager stood tall on Sunday. Petrus Burger, a 17-year-old leg-spinner, claimed one for 12 in an outstanding and miserly four-over spell.

Captain Sarel Burger was also excellent with the ball after winning the toss and fielding – the skipper taking 2/26 – while JJ Smit (1/19) also shone.

Obus Pienaar top-scored for the Oudtshoorn-based team with a run-a-ball 39.

The 105-target was always going to be difficult to defend and Stephan Baard (30) started things well for the Namibians, before Craig Williams top-scored with 36 in 29 balls to complete a fairy-tale weekend for the visitors.

They won all three games to end with a maximum of 12 points, in the process qualifying for the finals weekend on September 24 and 25.