Narine cleared but gets final warning 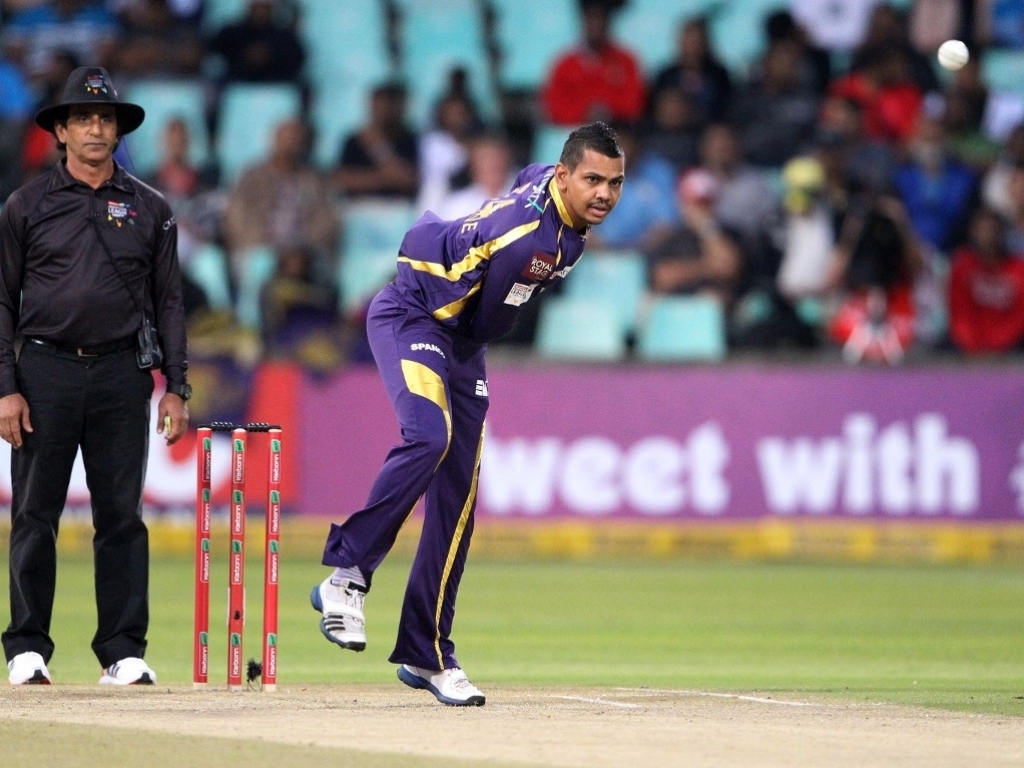 West Indies spinner Sunil Narine has been cleared to continue bowling all his deliveries for the Kolkata Knight Riders in the Indian Premier League, but has picked up a final warning.

Narine was banned from bowling his off-spinners, but this week went for further testing and the BCCI have cleared him to play. He had been cleared just before the tournament began after being banned and told to change his action.

During the tournament his action deteriorated back to his previous illegal one, and he was thus reported and banned from bowling his stock ball. With the new test clearing him, he will have to be extra vigilant.

The official statement explained: "In its decision on 28 April 2015 to ban Mr. Narine from bowling off-spinners in the IPL, the BCCI Suspect Bowling Action Committee noted that the player could request a further Official Assessment by the Committee.

"This request was received and accordingly the player underwent a third biomechanical analysis of his action at the ICC and BCCI accredited Sri Ramachandra Arthroscopy and Sports Sciences Centre (SRASSC) in Chennai – this time for his remodelled action (i.e. the one that had been cleared by the Committee immediately before the IPL season).

"This analysis has re-confirmed the conclusion of the first Official Assessment by the Committee – namely that the remodelled action for the off-spinner does not contravene Law 24.2 (as read with Law 24.3).

"Accordingly, the Committee has determined that Mr. Narine’s name be removed from the IPL Suspected Illegal Bowling Action Policy’s Warning List and that he may once more bowl all deliveries (the off-spinner, the knuckle ball and the quicker straight ball) in matches organised by the BCCI including the IPL.

"The Committee, however, has drawn Mr. Narine’s attention to paragraph 4.9 of the IPL Suspected Illegal Bowling Action Policy. Any further report for a suspected illegal bowling action during the course of this season will automatically mean that Mr. Narine is banned from bowling for the rest of the season.

"The player has therefore been cautioned to be careful not to again deviate from his remodelled action."