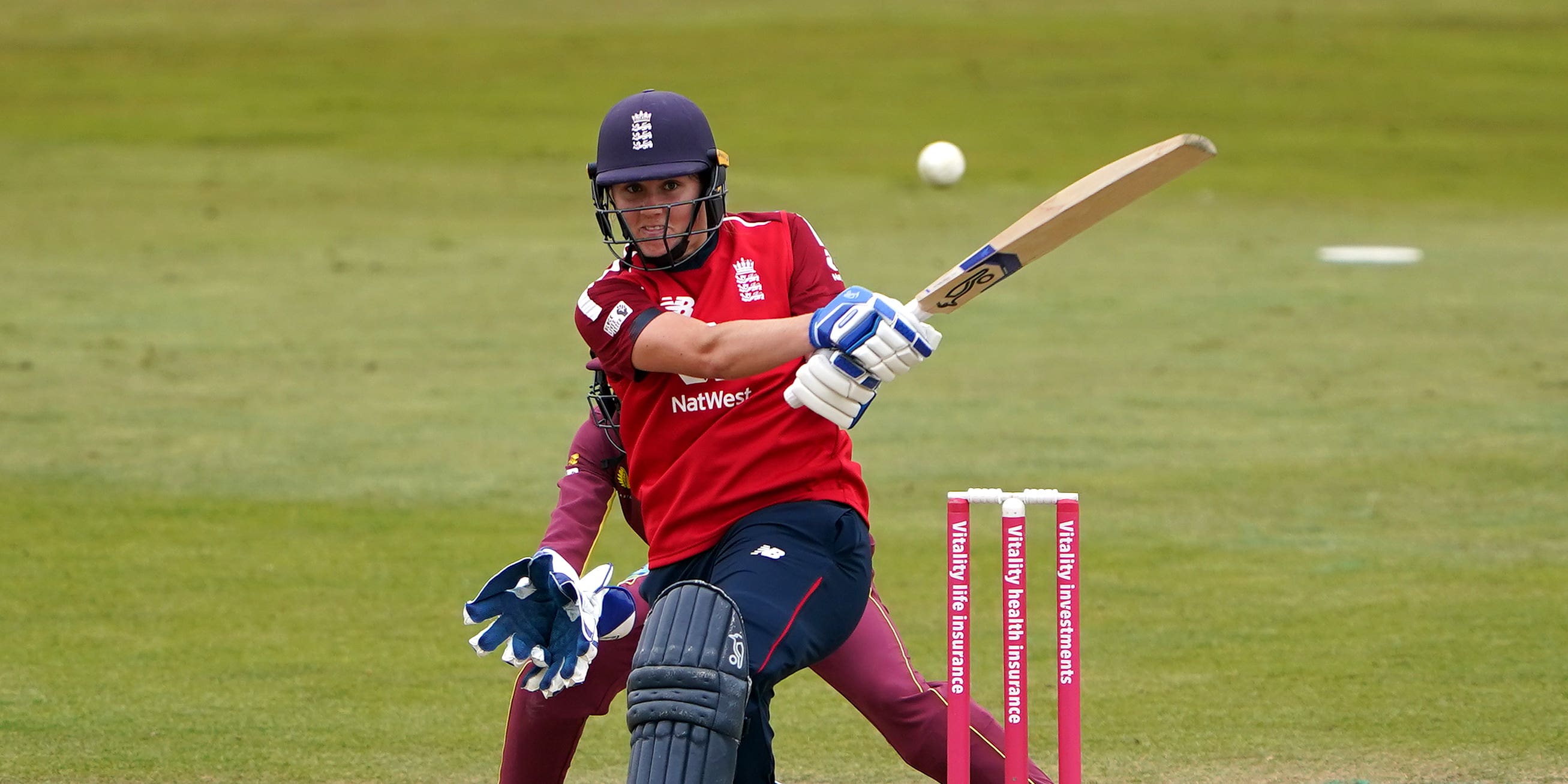 Nat Sciver stressed the importance of securing victory in the opening T20 of the multi-format series after England beat India by 18 runs on Duckworth-Lewis-Stern in a rain-affected match at Northampton.

England made 177 for seven after being sent into bat with Sciver smashing 55 from just 27 deliveries and Amy Jones contributing 43 as the pair shared a crucial 78-run partnership in just seven overs.

India lost Shafali Verma early in their reply and although Smriti Mandhana struck 29 from 17 deliveries, they were far behind the required rate on 54 for three when the rain came down.

England’s victory sees them take an 8-4 lead in the series and means they now cannot lose with just two T20s remaining, both worth two points each.

Sciver said: “First of all with the series in mind we’re really pleased that we were able to get into that position and then the rain finished the game, but it’s always important for us to start the series well, with the change of format and we hit the ground running today.

“I managed to get my first ball away for four, it doesn’t always happen but it felt good so I just went on from there and just gathered a bit of momentum through my innings.”

Sciver struck eight fours and six in her innings, bringing up her half-century off just 24 balls.

She added: “(I) Felt good, I mean I wasn’t really thinking about the speed of it. When I did get the strike, I was thinking quite boundary-orientated. I knew that the wicket was quite good and with their batters we needed a good score so it was good to bat through the innings and get a good partnership with Amy to bring us up to a good total.”

Deol got two hands to the ball on the boundary rope, parried it up before jumping back onto the field to take the catch.

“It’s brilliant, we don’t see many of those catches in the women’s game. Obviously we see quite a few in the men’s game, but hopefully it can be the start of a few more that we see in our game,” Sciver said.

“I’d love to have one of those, that’s what you practice, you have a little go at the end of a session or whatever it is but it was a brilliant.”