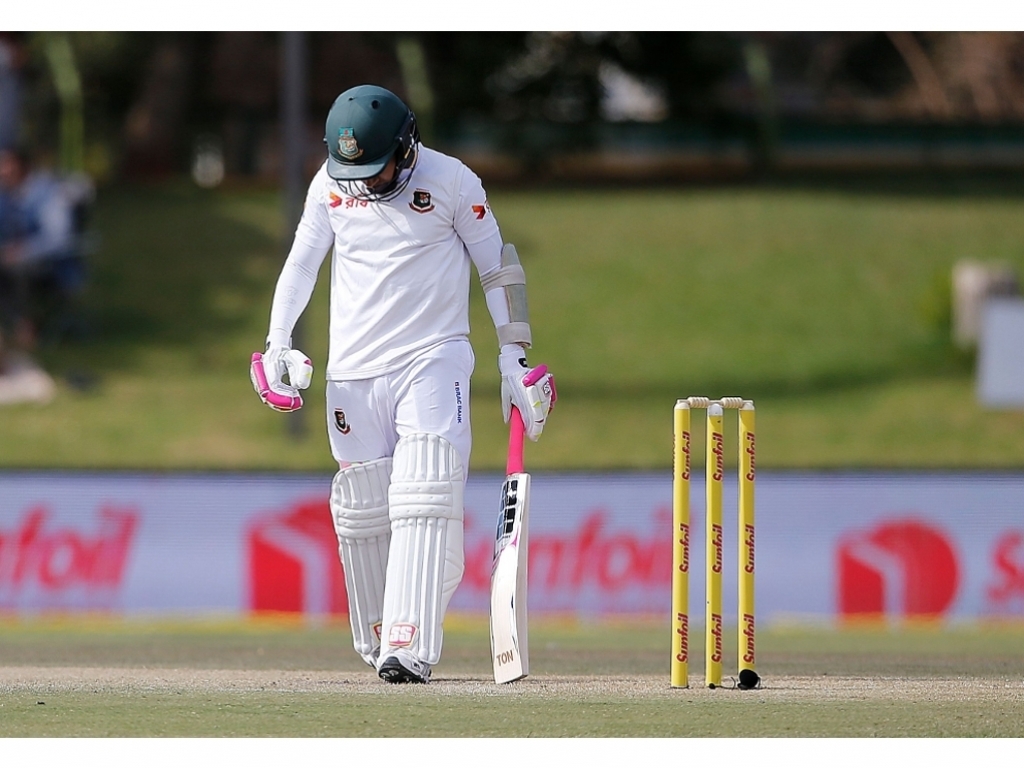 Bangladesh Cricket Board president Nazmul Hassan has expressed concern over some of the comments made by Test captain Mushfiqur Rahim during and after the series loss to South Africa.

Hassan feels that some of the comments made by the skipper ran contrary to information in the hands of the BCB.

Mushfiqur conceded that he was unable to motivate his bowlers and would have preferred to lose the tosses in both Potchefstroom and Bloemfontein.

The captain also contended that team management asked him to field in the deep for fear that he would drop catches closer to the bat, with Liton Das keeping wicket.

Hassan told the media: “It is a matter of the country’s image when he [Mushfiqur] makes these statements on tour.

“The board is concerned with his statement because it is not consistent with the information we have. So it is important to find out from him what’s happening. We have to investigate the issue, but only after the series. We will sort out what’s bothering him. If there’s no way out and if we see that leaving the captaincy will be good for Mushfiqur, then we will decide accordingly.”

It was clear to all that Mushfiqur was a troubled man when as early as day one of the second Test he declared: “I think it was my mistake to win the toss.

“I have been trying to do everything honestly for the last 12 years. But in these last two games it seems it would have been better had I lost the toss. I think it is my personal failure. I am not able to motivate my players or guide my bowlers.”

Bangladesh were outclassed in every division by South Africa and would succumb to an innings defeat on day three.

Hassan is unsure what is troubling Mushfiqur but asserted his desire to resolve the issue.

The BCB president said: “I don’t think it is the captaincy but something else is bothering him. It could be the management, coach or even us. If we can figure it out, we will solve the problem.

ALSO READ: Das: We are a better team than we showed

“But let me ask you something: is it the management’s decision to field first in the second Test? Let us find out.

“There’s nothing to hide in this case of who took the decision. Management gives a plan. If they don’t give a plan, what’s the use of having coaching staff?”

There appears to be a suggestion that Mushfiqur’s reserved character may make him unsuited to the burden of captaincy.

Hassan added: “Mushfiq is a little different than others, not in a negative sense. He doesn’t express himself much. The quiet types are hard to understand. And they end up saying unexpected things.

“For example, there isn’t a captain in the world who’d say it was wrong of me to win the toss. But he has said it. Is this a way to answer a question? It shows that he’s having some problem, but I knew it from before.

“He wants to perform all the time. If he doesn’t do well, he becomes disheartened in the field. His team-mates have to encourage him, and not the other way around. He becomes demoralised, goes into his shell. But he is one of our best batsmen. He has given a lot for the country.”