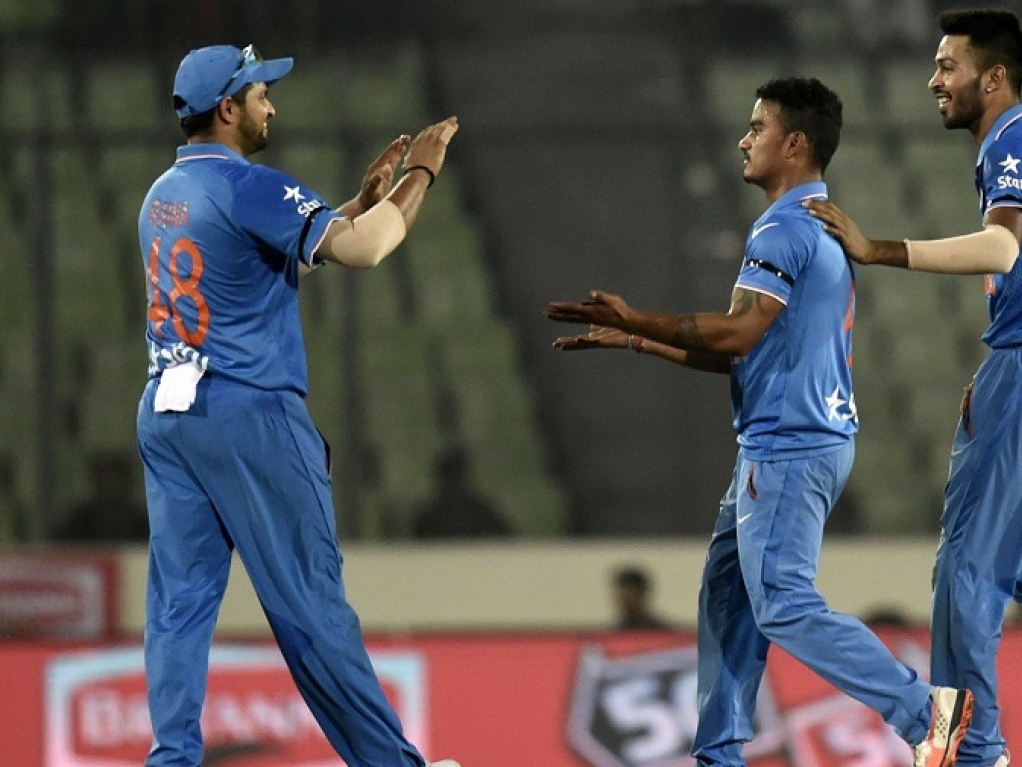 Pawan Negi admits to being a bit nervous before making his debut for India against the UAE in the Asia Cup on Thursday, but says the senior players in the team calmed him down.

The 23-year-old left-arm spinner picked up one wicket as India cruised to a nine-wicket victory over the Associate side at the Shere Bangla National Stadium in Mirpur.

Negi told bcci.tv after the match: "The seniors in the side really helped me to calm my nerves and they came up to me to boost my confidence levels.

"The entire team was really supportive and I never felt like I was playing my first match.Before walking out to the field, our captain MS Dhoni walked up to me and asked me not to think too much about the fact that I was making my debut.

"He asked me to relax and treat the game as a normal game and go about things normally."

India will play in the Asia Cup final against host nation Bangladesh at the same venue on Sunday.