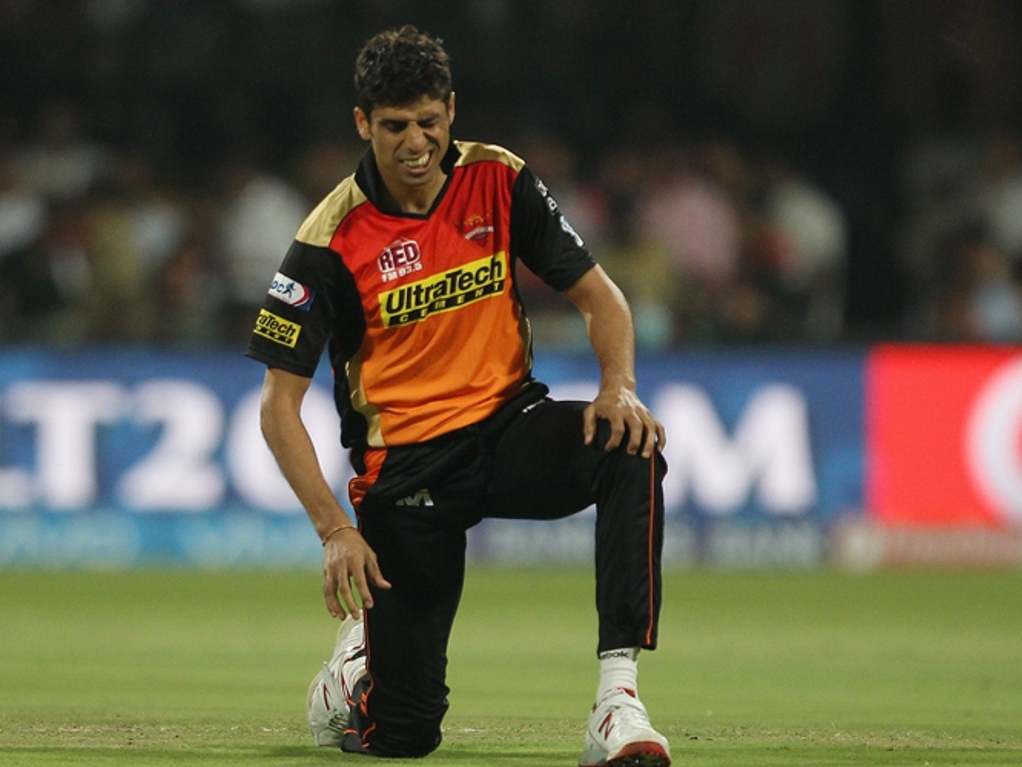 The knee injury India seamer Ashish Nehra sustained during Hyderabad's current IPL campaign has been operated on in a London hospital.

Nehra pulled up during his third over of the Sunrisers' match against Kings XI Punjab on 15 May. He played no further part in a match that saw his side chase down 179 thanks to a fine 42 not out off 24 balls from his former India teammate, Yuvraj Singh.

The veteran seamer flew to London to consult with Dr Andrew Williams, an orthapedic surgeon, to diagnose the cause and extent of the injury. It was identified as a high-grade tendon injury requiring surgery. The operation was completed on Tuesday night.

This is the 37-year-old's second injury of the competition, having already missed out on four matches due to a groin problem in the early stages.

The player's absence has been a significant blow to the Sunrisers. He has been one of the key players in their campaign, bagging 9 wickets at an impressive average of 22.11 and economy rate of 7.65.