Nepal to rely on raw talent in World Cup Qualifiers 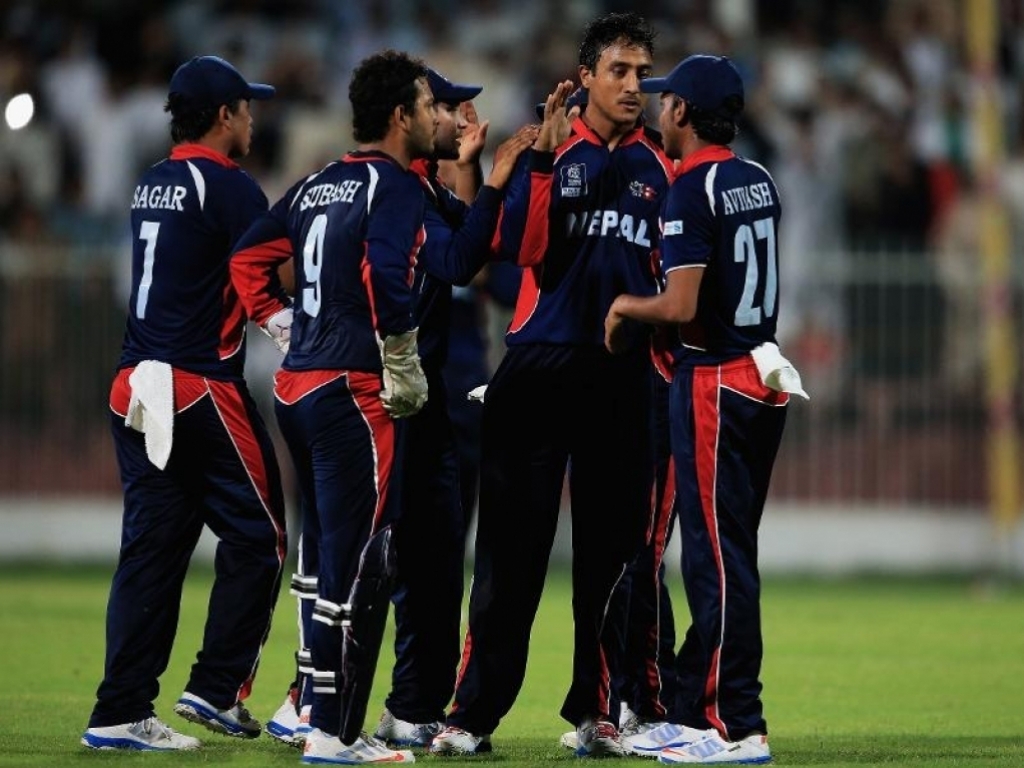 Nepal will be the youngest side when they enter next month’s World Cup Qualifier in Zimbabwe in their quest to progress to the ICC’s pinnacle 50-over tournament – the World Cup in 2019.

Nepal have not played an ODI in their young but impressive cricket history and the average age of their side is 24 years and one month.

Furthermore, five of the six youngest players in the tournament are from Nepal.

Nepal have earned their maiden ticket to the qualifier by finishing second in last week’s World Cricket League Division 2 in Namibia and have joined Afghanistan, Zimbabwe, Scotland and Hong Kong in Group B.

Nepal will take on Zimbabwe on the opening day on 4 March at the Queens Sports Club, while they will square off against Scotland on 8 March at the same venue.

Nepal will be captained by Paras Khadka, who has played in three U19 World Cups from 2004 to 2008. On his T20I debut against Hong Kong during the World Twenty20 in 2014, he took a wicket off his first ball when he dismissed Irfan Ahmed.

Nepal’s leading run-getter in the Namibia qualifier with 241 runs, Khadka said the age of his side was a reflection of how cricket has developed and grown in the country in the past decade.

“The way Nepal cricket has blossomed in the past decade or so is reflected in the composition of this side.

“We have played well in various age-group, regional and qualifying events, which has given cricket the much needed lift and boost, and as a result, we have some young but outstanding cricketers who have immense talent.

“The World Cup Qualifier will be a stepping stone for most of the cricketers and will undoubtedly give them further experience and exposure.

“Sandeep Lamichhane’s selection for Delhi Daredevils is an evidence of the talent we have in our ranks.

“Opportunities like the World Cup Qualifier will not only put us on the world map but will throw more talent which can be tapped by other leagues and franchisees,” said Khadka.

The Nepal captain said his side will not be overawed by the teams taking part in the three-week tournament.

“All the sides will arrive in Zimbabwe with the ultimate dream of qualifying for the World Cup, and we will be no different. We played good cricket in Namibia and now want to carry the momentum in the qualifiers.

“Whatever the outcome, this tournament will be a great opportunity for all of us to put Nepal on the world cricket map and help the next generation of Nepal cricketers,” Khadka said.

The World Cup Qualifier will be the biggest and highest international level tournament we will play.

To be alongside some of the biggest names in cricket and play in the same competition as them is sensational. This will be a great and unique opportunity for all of us and we all look forward to making optimum use of this.

“To be picked up by Delhi Daredevils and then qualifying for the ICC Cricket World Cup Qualifier – I don’t think there can be a better start to the year for me.

“I am ecstatic but at the same time working hard and focused to ensure I fully cash in on the opportunities that have come my way,” Lamichhane said.