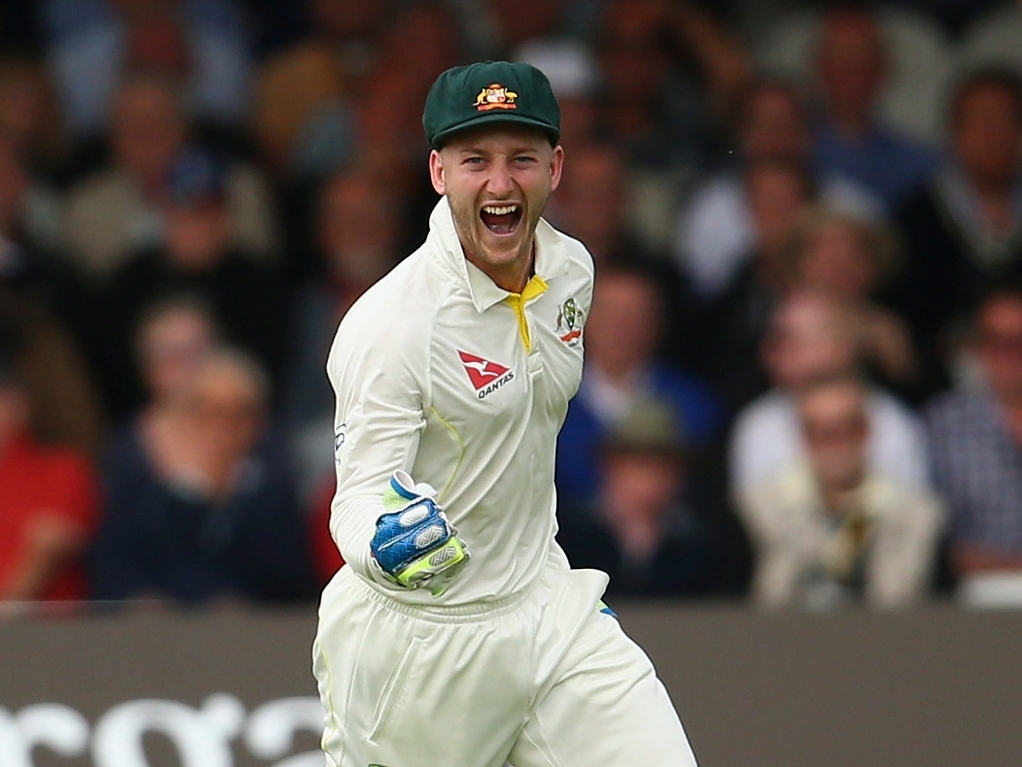 Australia skipper Michael Clarke has confirmed that wicketkeeper Peter Nevill will keep his place for the third Ashes Test at Edgbaston, despite veteran Brad Haddin being available for the match.

Nevill made his debut at Lord's in the second Test, after Haddin had to withdraw to care for his sick daughter. Nevill did very well, taking an Ashes record seven catches on debut, and scoring a fluid 45 runs in his one innings.

As such, given the Aussies won the game, the selectors have opted to keep going with Nevill, even though Haddin has been training with the team, and played in the Derby tour match. Nevill kept wicket in that game, though.

Clarke said of his reaction when told what the plan was: "Rod (Marsh) and Boof (Lehmann) came and spoke to me and told me what they were thinking.

"It’s obviously a lot harder for me because I have that attachment to Hadds, I've grown up playing cricket with him, we've spent a lot of time together and I love the fact that he’s still here working hard.

"If an opportunity comes, he'll grab that with both hands.

"On the other hand, Nev made the most of his opportunity in the second Test, I thought he batted really well and I thought he kept exceptionally well.

"So it’s a tough one when you sit in the middle, but that’s the way the selectors have gone and I respect their decision."

Clarke added that Haddin and Nevill were good mates, having played together at New South Wales for years, and was sure that Haddin would do his best to help his fellow gloveman prepare for the match.

The skipper said: "He (Haddin) still wants to play that’s for sure and he has a great relationship with Nev," Clarke said.

"So I think he sees his role over the last couple of days leading up to this Test is to help Nev as much as possible, and they are really good friends so there’s certainly no lack of respect there.

"Hadds will certainly wish Nev all the best and hope he does well, and if there’s an injury or there’s another opportunity then I know he'll be ready.

"I can't be any more complimentary for what he’s done for the Australian team, and the New South Wales team as a player.

"He’s a great man Hadds, he’s been an awesome vice-captain, I've really loved having him as vice-captain and he’s performed exceptionally well.

"He’s done himself and his family really proud in the way that he’s represented Australia and New South Wales and I hope he keeps playing."