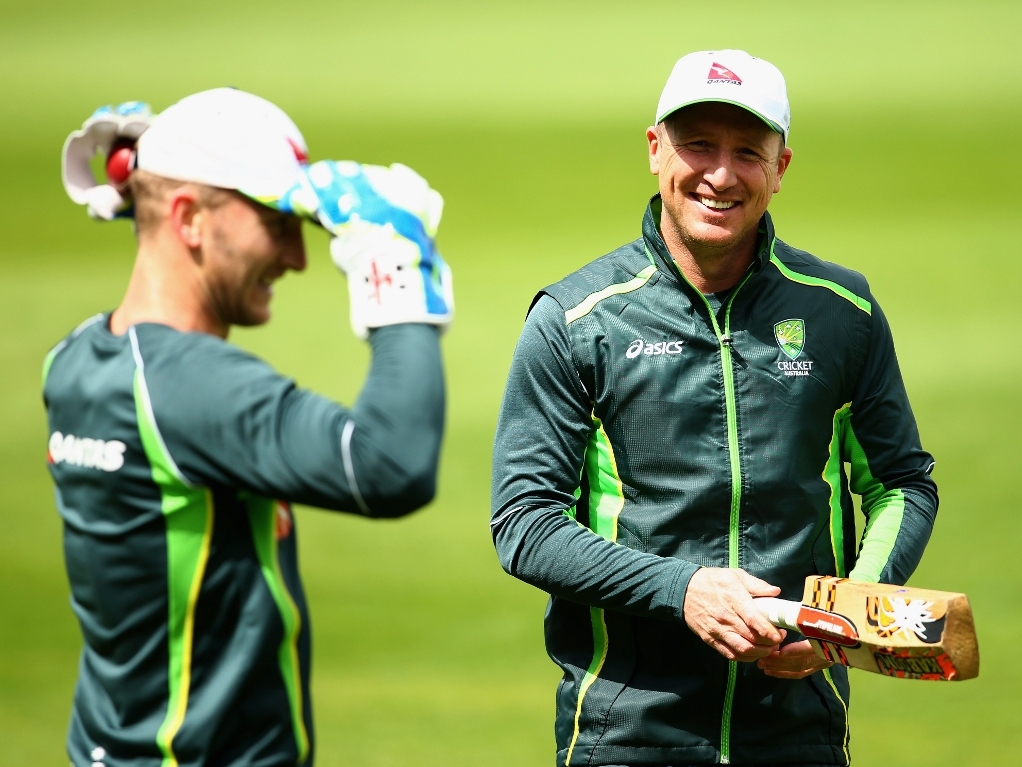 Australia wicketkeeper Peter Nevill says he has had nothing but positive reactions from Brad Haddin since taking over the gloves at Lord's, and says there are no bad feelings within the Australia camp over it.

Haddin withdrew from the second Ashes Test at Lord's to be with his sick daughter, and with Nevill doing so well on debut, he was picked again at Edgbaston. Former Aussie players were furious that Haddin, who had not actually been dropped, was not given his place back.

But Nevill, who played for years behind Haddin at New South Wales and is good friends with him, says the veteran keeper himself is fine with the situation, and has been helping him adjust to his new role.

Nevill said on the CA website: "It's obviously a complex situation, but all I can really focus on is I've been selected to do that job and I had to do it as best as I could. Hadds has just carried himself magnificently.

"Obviously it's been very difficult circumstances for him since having to pull out of Lord's, but he's been incredibly supportive of me and has gone out of his way to make sure I'm as prepared as I can be to play the Test matches.

"He's a wonderful guy, I've said it many times."

He also said that despite reports in the media of a team split about the situation, that everyone was getting along well: "The atmosphere is great.

"Everyone enjoys each other's company and laughs and jokes around.

"Obviously it hurts losing (at Edgbaston), but the focus is now on bouncing back and winning the next Test."

Of his conduct on the field, compared to Haddin's big leadership role, Nevill said he trusted the likes of Michael Clarke and David Warner, the more vocal players, to get on with that and leave him to the wicketkeeping.

He added: "I've certainly got plenty of members of the team that are quite vocal, so adding my voice to the chorus isn't really necessary.

"I'm pretty vocal on the field (but) I just direct all my energies towards supporting the teammates.

"I don't think I need to do anything different to that."