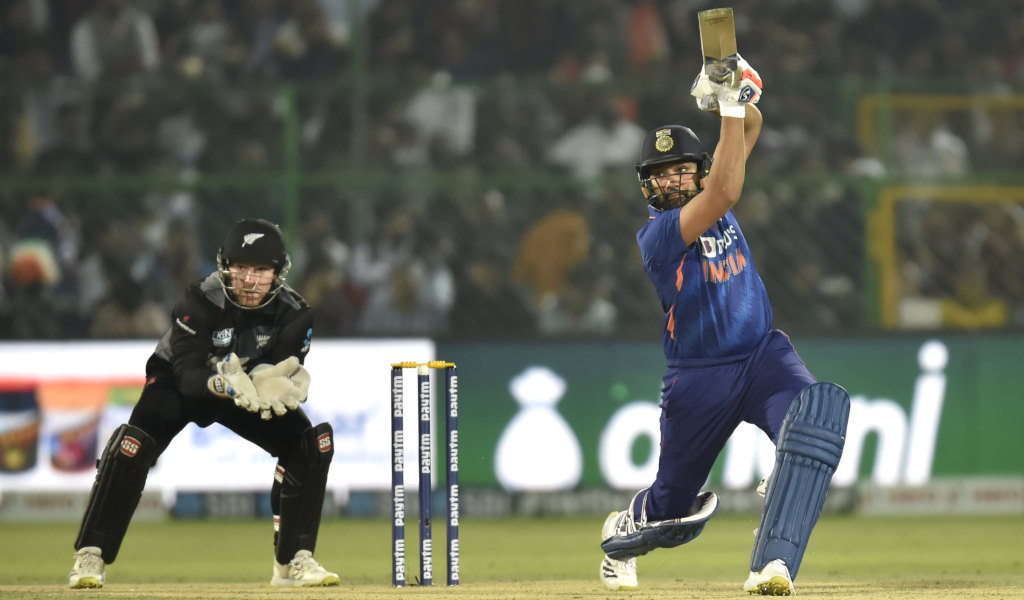 Rohit Sharma wants India to be a more resilient side after taking charge of the white-ball teams.

The ‘Hitman’ has been installed as both T20I and ODI skipper and it is clear that he has been mandated to snag trophies with India unable to make bilateral dominance turn into major tournament success.

Rohit believes that India need to be able to recover from bad starts if they are to win the silverware they crave.

When asked where things went wrong at the T20 World Cup, Rohit said that the team were moving on and focussing on being a better white-ball side.

“To be honest, not really,” Rohit said on YouTube show Backstage with Boria.

“I would say it was that initial phase of the game where we lost the game.

“So that’s something I’ll keep in mind and see that we prepare for the worst.

“I want the guys to prepare in that fashion. Let’s say we are playing the semi-final and we are 10 for 2 in the first two overs, what do we do? What is the plan?

“I want to put ourselves in that situation again and see if we can respond to that.

“We have got some games before the World Cup to try and test that out. Because if you look there is a similarity between all three games that we lost – two Pakistan games and one New Zealand game in three ICC tournaments.”

Rohit believes that it is vital that India maintain an attacking mindset even when they find themselves on the ropes.

“I do understand that the quality of the bowling was exceptional at that point, but it has happened three times,” Rohit went on.

“I hope that it doesn’t happen for the fourth time.

“So hopefully we will prepare for that, keeping that situation in mind and move forward and see how we can plan – whether we can just counterattack straight from ball one, whoever batter goes in.

“And then I don’t want people to think that, ‘Oh, they are 10 for 2, what shot is he playing?’ The commentators, the people of India or anywhere else, they need to understand that this is a plan of the team.”

India are preparing to tour South Africa for three Tests and three ODIs in December and January.