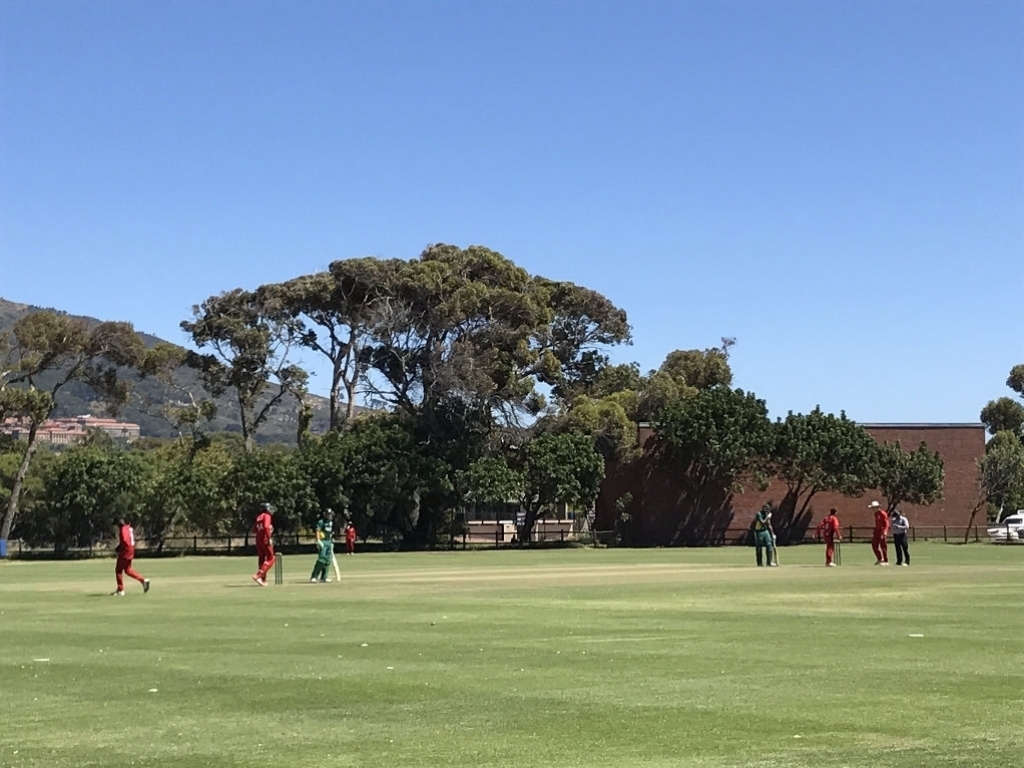 The 10-match series, which includes Sri Lanka, will see four new faces in the home side as they campaign for a tournament win.

Jason Niemand, Muhammed Mayet, Ruan de Swardt and Michael Cohen are excited to be making their first appearances for South Africa during the series and are keen to make a positive impact.

“It’s such an amazing feeling being part of this squad,” Niemand said. “It was nerve wracking sitting in the crowd and waiting to maybe hear my name being called out (at the closing function of Cubs Week). This first week has been really good, I can’t believe how much I’ve learned already. The team have gelled really well, it feels like we’ve been playing together for a long time.

“Being surrounded by players and management with so much skill and knowledge has been great. Coach Larry (Lawrence Mahatlane) is really knowledgeable about the game and also having guys like Wiaan (Mulder) and Matthew (Breetzke) who have played for the SA U19s before and who are there to share their experiences has really helped me in the last few days that I’ve been here.”

The all-rounder is one of six Warriors players to be selected in the squad from the CSA Franchise Cubs Week and he is glad to be able to share this experience with teammates that have also become friends.

“We know each other’s game quite well,” Niemand continued. “We’ve been working together for a long time and it’s just really nice to see the fruits of that hard work. Representing our country together is quite special.”

De Swardt has enjoyed being a part of the squad and the challenges that being involved in a high performance program has come with.

“I’ve really enjoyed my time with the team so far, the intensity is much higher than in school-boy cricket and I’ve really enjoyed the challenge,” he remarked. “Playing for this team is a dream I have been working towards for some time now and I’m really glad that the hard work has paid off.

He believes that the home ground advantage will serve South Africa in good stead as they battle it out against spin-favouring opposition.

“The advantage is definitely with us,” he continued. “We know these conditions better and what to do, when. We are really hungry for this and will put our best foot forward come game day.”

Team coach, Lawrence Mahatlane is impressed with the preparation the team has put in especially after their warm up match against the University of the Western Cape’s Invitational XI where they won by 216 runs.

He said; “I think the guys really applied themselves well. Having picked the side so late, there was always a concern about getting the combinations right and making sure that the guys gel well. The advantage of picking the team so late was also that we have picked guys whose confidence levels are high, that are comfortable with their own game plans.

“I thought (Wandile) Makwetu (110) and Breetzke (71) really batted well, they set up a good platform for the others. (Matthew) Christensen (40), I thought played his role. The catch that got him out was one of the best I have ever seen. (Raynard) Van Tonder (80 off 41), Mayet and (Mitchell) van Buuren in the finishing parts of the game, scoring over 100 runs in the last 10 overs was something really special.”

He also praised the work that his spin bowlers have put in and how it showed during the warm up match.

“I think the wind plays a really big factor down in the Western Cape and the wickets do tend to turn quite a bit at this time of the year so spinners are going to play a crucial role. Ours did the business during the warm up match and I’m pleased with the way that they went about their cricket. Our seamers, who are usually our strength, need to bowl better come game day.”

In his assessment of both Zimbabwe and Sri Lanka, Mahatlane said:

“Zimbabwe and Sri Lanka both play a similar kind of cricket from a batting point of view. They both have some free-flowing batsmen who really try to put you under pressure. From a bowling point of view, their biggest strength is their spinners.

“The top wicket taker at the Cubs Week (where Zimbabwe also participated) was the off-spinner from Zimbabwe and Sri Lanka will have come here with some quality players. All in all I think this series will be a really good challenge for our players.”

South Africa’s first assignment is against Zimbabwe on Saturday, 14 January at the Wally Wilson Oval at the Western Province Cricket Club, followed by their clash against Sri Lanka at the same venue on the following day. Both matches will begin at 09:30.