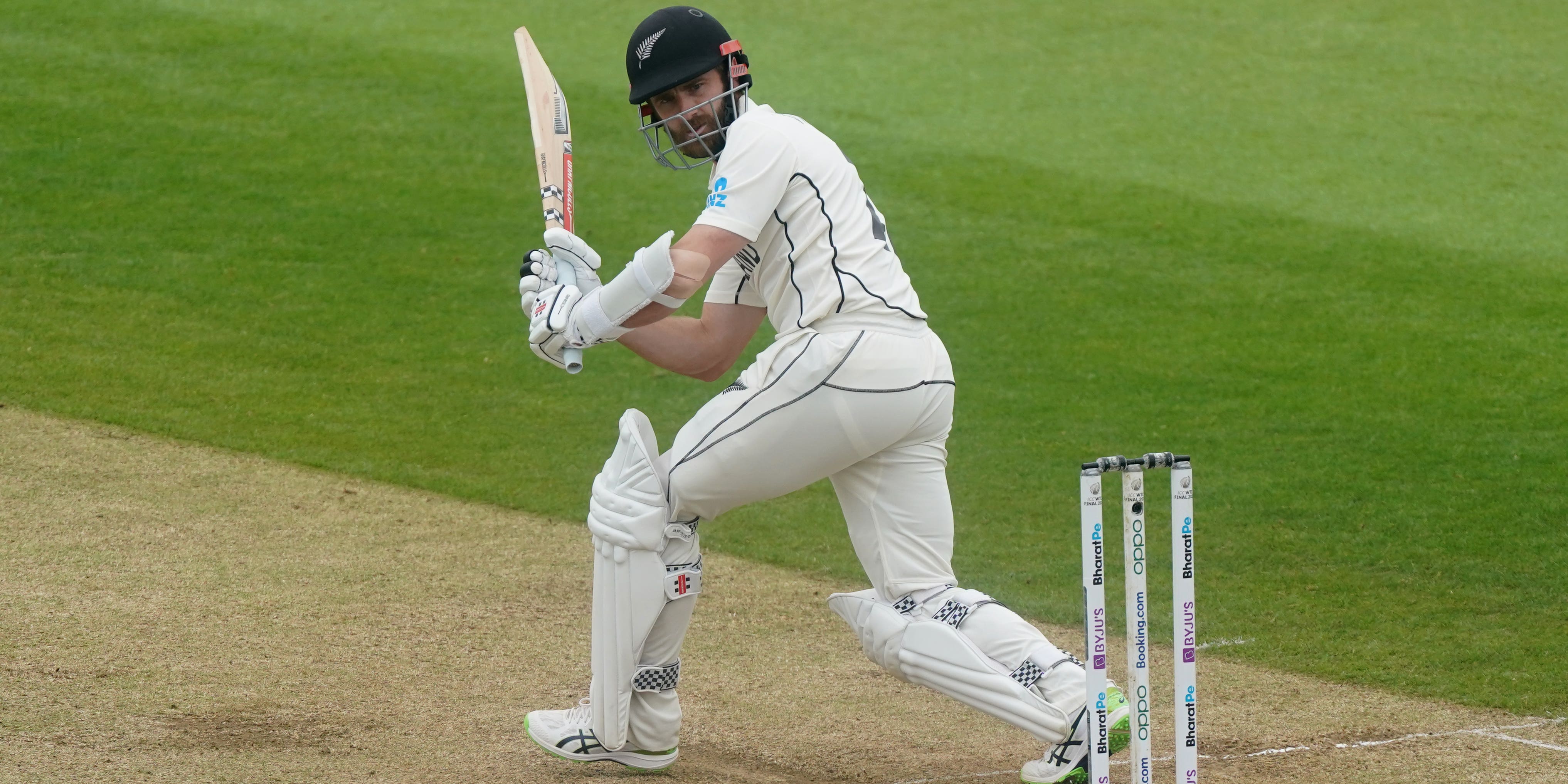 New Zealand and India’s battle to be crowned as Test cricket’s first ‘world champions’ will go to a sixth day, but things will still need to happen in a hurry to avoid the inaugural final ending in a draw.

With ‘timeless Tests’ a thing of the past, the last time a Test match was allowed to stretch beyond a fifth day came during Australia’s Super Series against a World XI in 2005. But the International Cricket Council activated the option of a reserve day after this flagship contest at the Ageas Bowl was beset by two washouts and bad light.

The game made some much-needed progress on Tuesday, with New Zealand bowled out for 249 before India cleared a 32-run deficit to finish on 64 for two, but with a maximum of 98 overs left a shared title remains firmly in play.

The teams were kept in the pavilion for yet another hour of frustration as drizzle fell on Tuesday morning and things barely progressed once things did get under way.

Faced with some high-quality bowling but armed with trustworthy techniques, Kane Williamson and Ross Taylor blocked their way to just 16 runs in the first hour to nudge their existing score along from 101 for two.

Williamson remained defiantly watchful throughout his near five-hour stay at the crease, meticulously eating into the chances of his side losing while also sucking momentum from the occasion. He scored just seven runs from 75 balls in the morning session and would later depart with an uncharacteristically loose wave of the bat having made 49 from 177 deliveries.

But by then his side had nudged into the lead and an attack fuelled by Mohammed Shami‘s persistence had sped things up around him.

Shami took two of the three wickets to fall before lunch, Taylor with an aerial drive to short cover and BJ Watling losing his middle stump to a beauty. In between, Henry Nicholls prodded Ishant Sharma to the agile Rohit Sharma at second slip.

After only 34 runs in the morning session, things accelerated in the afternoon, with 115 scored for the last five wickets. Shami finished with four as he added the scalps of Colin de Grandhomme and Kyle Jamieson, who made a sparky 21, but it was Ishant who finally got the better of Williamson.

His long stay ended softly, with a waft away from the body and a simple slip catch. Southee was last man out when he played on, but not before launching a couple of sixes in a brisk 30.

India’s best hopes of forcing a result would have called for quick runs at the top of the order but the Black Caps seamers are too good to offer easy pickings. Instead, it took 16 overs for the batting side to go back ahead and they lost Shubman Gill in the process – stuck in his crease as Southee won an lbw.

Things were finely poised when the 32-year-old paceman struck a potentially important blow, nipping one back at Rohit (30) who was leg before playing no shot. Captain Virat Kohli declined a nightwatchman and kept Cheteshwar Pujara company until stumps, despite a blow to the helmet.