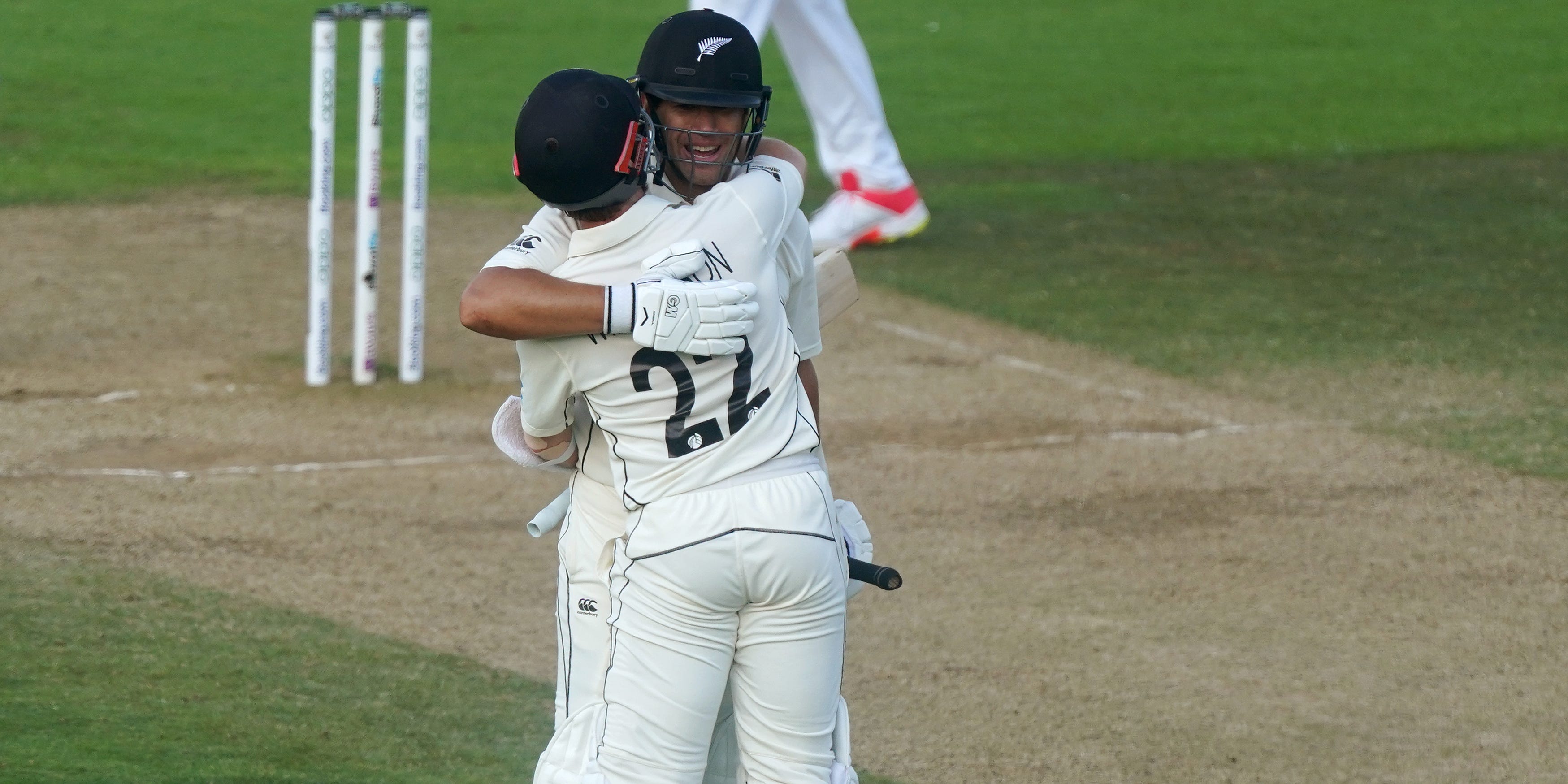 Almost two years on from losing the World Cup to England on boundary countback, New Zealand assumed the title of Test cricket’s first ever world champions as they edged India to land both the inaugural honour and a GBP 1.2million payday.

At Lord’s in 2019 they missed out in the merry mayhem of a tied match and chaotic super over, but 90 miles away at the Ageas Bowl Kane Williamson’s men proved themselves masters of the grand old format in a gripping, slow-burning World Test Championship final.

It needed the safety blanket of a sixth day to reach a fitting conclusion, after rain and bad light blighted the first five, but the manner of the Black Caps’ eight-wicket win will surely render this a classic of a brand new genre.

The Kiwis’ redoubtable four-pronged bowling attack set things up by taking the last seven Indian wickets for just 99, leaving a chase of 139 in 53 overs.

With runs in short supply all week in Southampton that was no easy task, but Williamson led the way with an unbeaten 52 and 37-year-old Ross Taylor struck the winning boundary to finish 47 not out. For a team accustomed to near misses, this was a glorious first place.

When play began all four results were theoretically in play but it did not take New Zealand long to swing the dial in their favour.

It was 6ft 8in paceman Kyle Jamieson, expertly backing up his first-innings five-for, who imposed himself on the occasion as he snared two prize scalps in a wonderful opening blast.

Within his first four overs he had reduced India from 64 for two to 72 for four – sending key men Virat Kohli and Cheteshwar Pujara back in the process.

Kohli would have been kicking himself for fencing at a lifter with an inconsequential 13 to his name, outfoxed by his IPL team-mate for the second time this week.

That increased the burden on the methodical Pujara, but rather than carrying the baton, he dropped it. Jamieson was spot on once again, getting the ball to hold its line around off stump and feeding second slip.

Jamieson should have had a third when new man Rishabh Pant was similarly undone, but this time Southee could not hang on. Pant had just five at the time and would go on to top-score with 41, relieving some of the pressure with four much-needed boundaries.

He was eventually the seventh man down, caught by on the run by Henry Nicholls after hacking at Trent Boult.

His was virtually a lone battle, though. Ajinkya Rahane and Ravindra Jadeja did not get out of the teens as India’s middle order frayed and the last four batsmen managed 21 runs between them.

Faced with assertive bowling from Boult and Southee, Williamson’s smart captaincy and their own nerves, they were hustled into an early finish.

For almost 14 overs either side of tea, it seemed as though the rest of the pieces would fall into place with minimal drama. Devon Conway and Tom Latham took the shine off the new ball in a stand of 33, but that is when Ashwin pounced on the left-handed pair.

Latham was stumped with a tempter that hung for a fraction of a second in the air and Conway was lbw to a skidder, to make it 44 for two. Williamson also found himself on the receiving end of lbw on just one, but DRS rode to his rescue.

All the while the run-rate was creeping up. A draw still not impossible, but a flurry of activity from the bat of Ross Taylor helped remove the shackles. When he was dropped on 26, Pujara erring off Jasprit Bumrah, the game was up.

Williamson and Taylor held their nerve, ticking off the 50 partnership, then the 100 total as they zeroed in. There was nothing by way of bravado, but one elegant cover-drive from Williamson could easily have been mistaken for showing off.

The seasoned duo were not parted, putting on 96 for the biggest, best and most decisive partnership of the match.