New Zealand move into lead as England struggle in the field 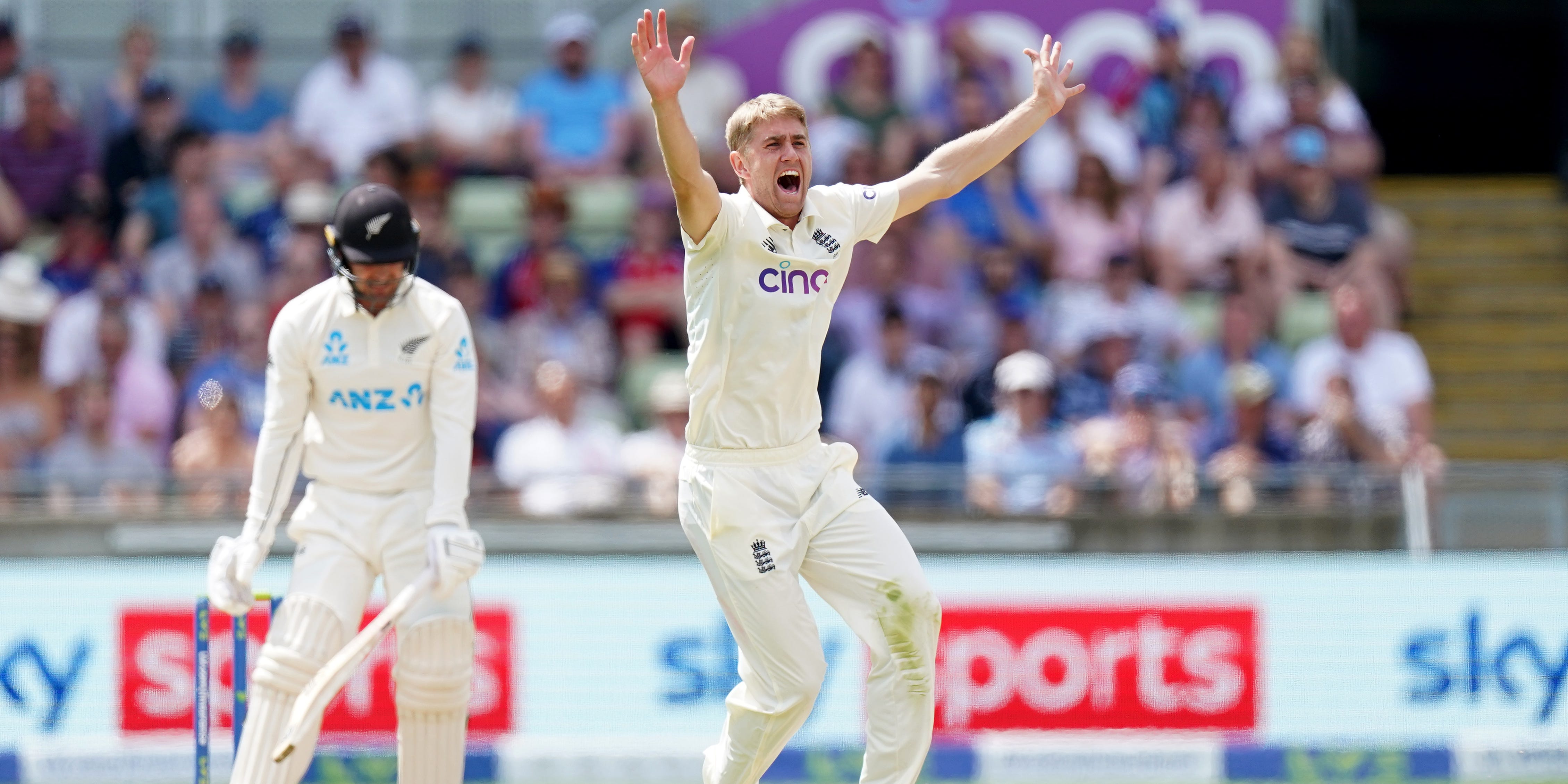 Fast bowlers Olly Stone and Mark Wood helped England rally from a torrid time in the field as New Zealand moved into the lead on day three of the second Test at Edgbaston.

The Black Caps were 74 behind at the start of play and 23 ahead as they reached lunch on 326 for five, but things could, and should, have been better for Joe Root’s side.

Two catches went down, one from substitute Sam Billings after Stuart Broad got a top edge from Ross Taylor and another from under-pressure wicketkeeper James Bracey.

Having started his Test career with back-to-back ducks the Gloucestershire man was looking untidy with the gloves and put down Tom Blundell on nought.

It was hard not to feel for the 24-year-old, who was wearing his travails all over his face, but he did manage to hang on to a couple of chances as the quick men got England into the game.

Stone dismissed Taylor for 80 in the first over at drinks and Wood got Henry Nicholls to glove one down the leg side immediately after clattering him on the helmet.

The pair lifted not only the crowd but also their team-mates with a spell of rapid and controlled pace bowling, drawing England out of a funk that had threatened to consume them in the first hour of play.

It peaked during the 86th over, when Broad was driven to distraction. It started with a misfield by Zak Crawley and only got worse when Billings raced round from fine-leg and failed to hang on when Taylor was hurried up by a bouncer on 67.

His next ball was down leg and disappeared for four byes as Bracey failed to intercept and, even when Broad managed an lbw appeal from his last delivery, he was a lone voice.

Taylor had dominated the first hour, playing positively and did the bulk of the scoring alongside the quieter Nicholls. England prospects dwindled with every minute he was at the crease, making Stone’s dismissal all the more vital. It was a lavish drive, but the Warwickshire seamer was quick and accurate enough to make him pay.

Wood was also impressive, comfortably clearing 90mph and getting his rewards when Nicholls responded to being hit by flicking the next ball to Bracey.