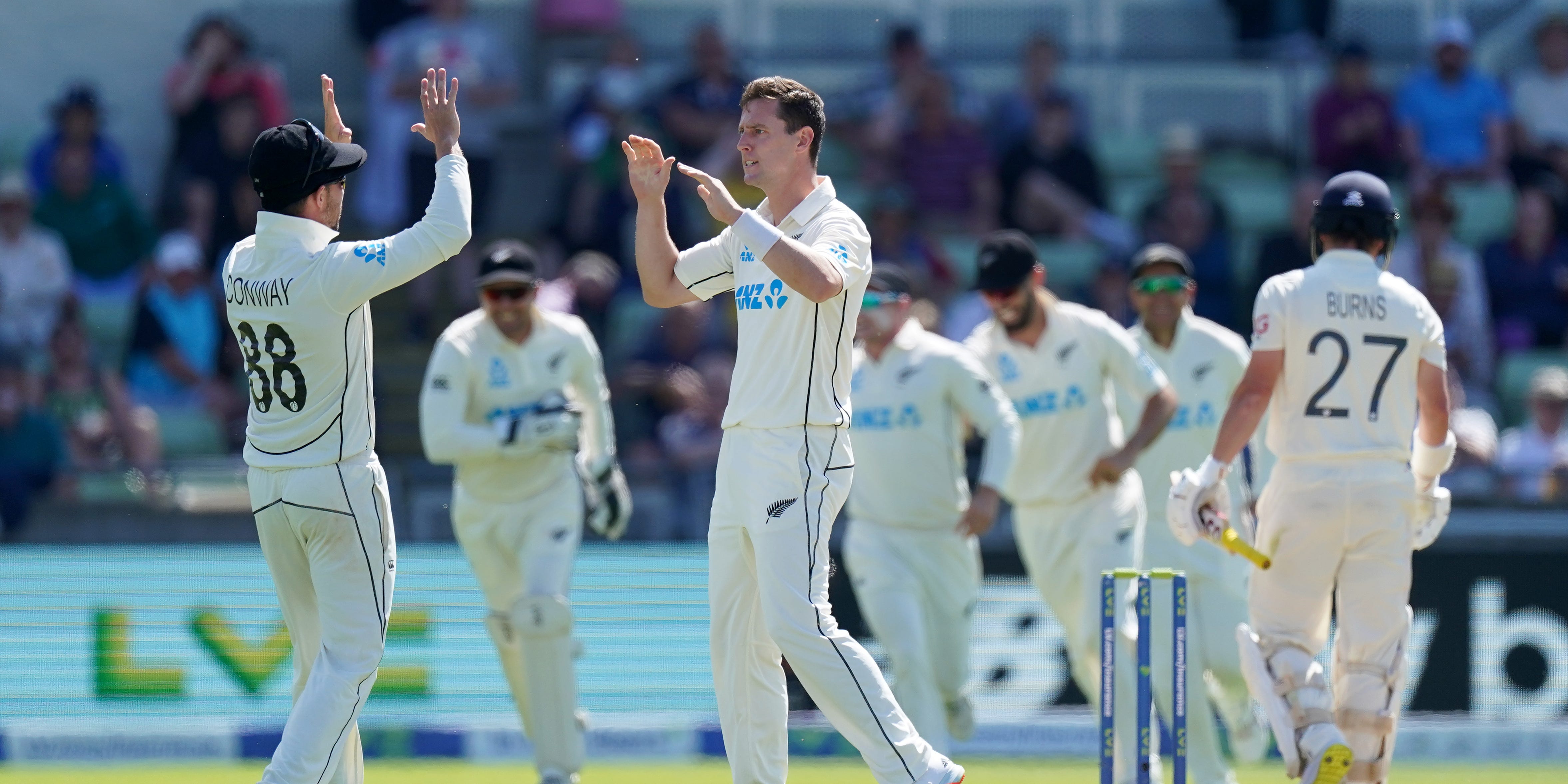 England were facing an uphill battle to stay in the second Test against New Zealand, losing both openers before tea after conceding an 85-run first-innings deficit.

Having belatedly dismissed the tourists for 388, they had a tricky six-over spell to negotiate before the break but lost Rory Burns and Dom Sibley to the probing seam of Matt Henry.

At 17 for two they remained 67 adrift and in need of a serious middle-order fightback.

With New Zealand starting on 229 for three, England were ragged in the first hour, lacking intensity with the ball and appearing sloppy in the field, with wicketkeeper James Bracey’s untidy glovework setting the tone.

By the time drinks were taken, Joe Root’s side were already beginning to look hangdog and, with Ross Taylor on the attack, their overnight lead of 74 had been whittled down to 11.

Stuart Broad, who barely put a foot wrong, was driven to distraction when substitute fielder Sam Billings failed to hang to a top edge from Taylor during a single over that also contained a misfield from Zak Crawley, four byes down the leg-side and an unsuccessful lbw appeal.

England needed a shot of impetus and it came from Olly Stone, who was short of his best on Friday but roared back with a big spell. Coming on after an hour’s play, he needed just three balls to have Taylor caught behind for 80, cashing in with pace, accuracy and a little movement away.

He should have struck again three balls later but when Tom Blundell nicked one, Bracey dived to his right and parried the chance off his wrist.

Having also failed to score in his two innings as a Test cricketer, an unshakeable look of anguish was etched across his face.

Mark Wood helped lift things again, cracking the watchful Henry Nicholls on the helmet at pace, then allowing Bracey a chance to redeem himself with a leg-side catch off the very next ball.

New Zealand had taken lunch five down and 23 ahead but wobbled again at the start of the afternoon as Stone had Daryl Mitchell lbw and James Anderson rearranged Neil Wagner’s stumps. There was a palpable sense of relief for the 38-year-old, who had taken 25 overs to open his account on his record-breaking 162nd cap.

Frustratingly for England, another 52 runs came from the tail but Broad mopped up the last two wickets to post well-earned figures of four for 48.

The mood darkened again when Burns, the team’s form batsman, squeezed the second ball to Tom Latham at slip for a duck.

One became two for the impressive Henry as he squared up Sibley on eight and collected another victim in the ever-reliable cordon.